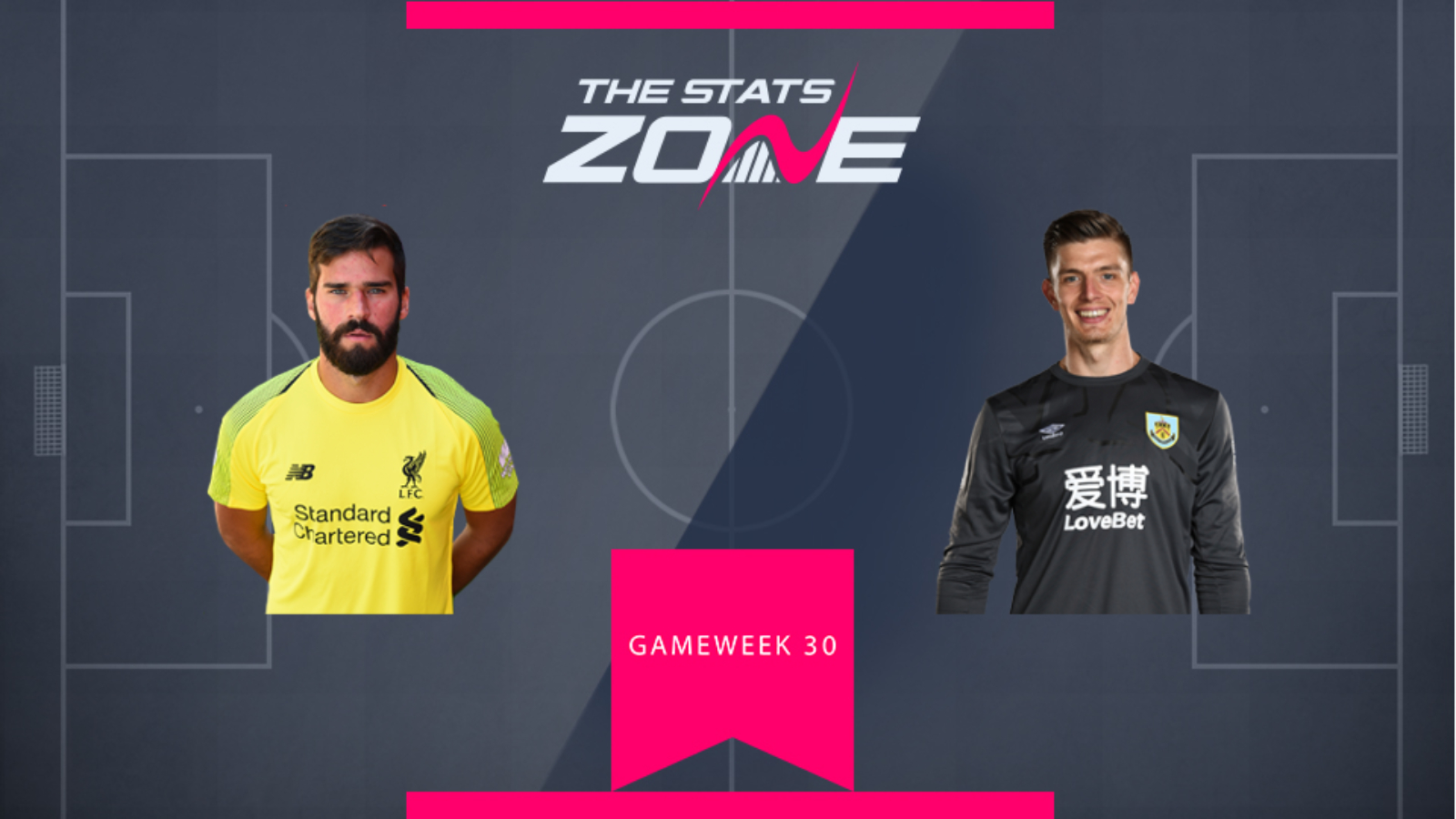 Despite missing a chunk of the season with injury after being forced off in the very first game of the season, Liverpool goalkeeper Alisson (£6.2m) has well and truly established himself once again as one of the best FPL assets to own in goal. The Brazilian has kept 10 clean sheets in 20 Premier League starts so far this season. He has made just 45 saves, a testament perhaps to the strength of the defence in front of him, whilst he has accumulated 89 FPL points.

Currently the highest scoring goalkeeper in FPL this season, Nick Pope (£4.9m) has rewarded all those managers who plumped for him as their starting keeper all the way back in August of last year. The Burnley stopper has racked up 128 FPL points over the course of the season, with 11 clean sheets and 89 registered saves.

Liverpool travel across the city to face Everton in the Merseyside derby in Gameweek 30+, whilst Burnley are away at Man City. City have historically piled on the goals against the Clarets in recent meetings, scoring 15 goals in their last four matches in all competitions against Burnley. This doesn't bode well for Pope and whilst he could accrue some healthy save points, Alisson represents a far higher chance of a strong points return for FPL managers in this gameweek.