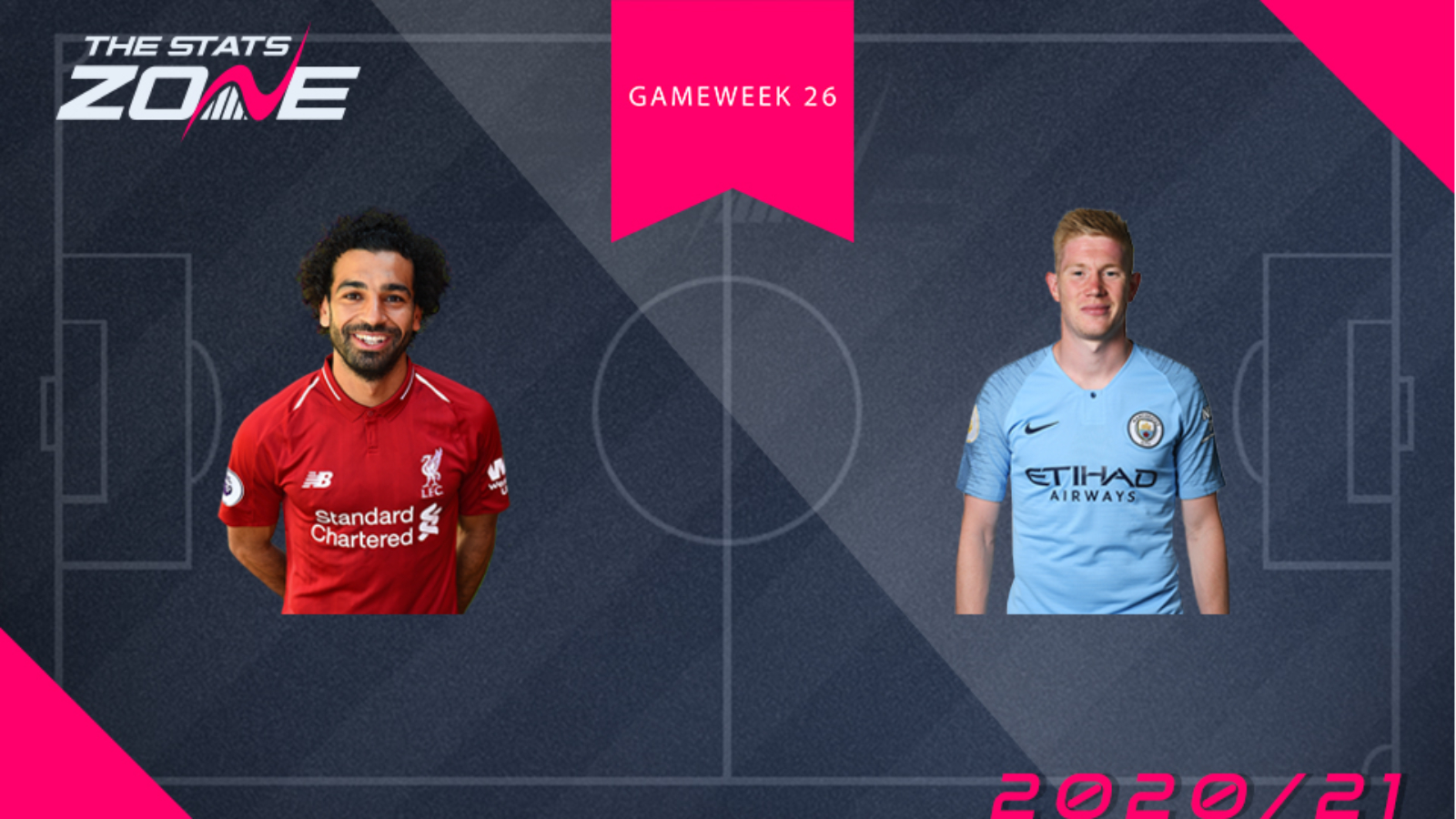 Lost amongst the fanfare surrounding Liverpool’s recent struggle, Mo Salah (£12.6m) is once again proving the asset he is both to Liverpool and FPL managers. The Premier League’s current top scorer is only second to Bruno Fernandes (£11.6m) on the FPL scoring charts as he continues to have another excellent season. Four goals in his last five starts and a match against bottom-of-the-table Sheffield Utd coming up, Salah has that big points potential we all chase during double gameweeks.

With 62 minutes under his belt against Arsenal last weekend, Kevin De Bruyne (£11.8m) made his first Premier League start since GW19. A nailed on starter when fully-fit, the concern this week with KDB, as is the case with all Man City players, is that he’ll be rotated out of the starting XI for one of their two matches. Given the number of matches City are set to play in the next few weeks, and the fact De Bruyne has just returned from injury, Salah represents the safer option for in DGW26. 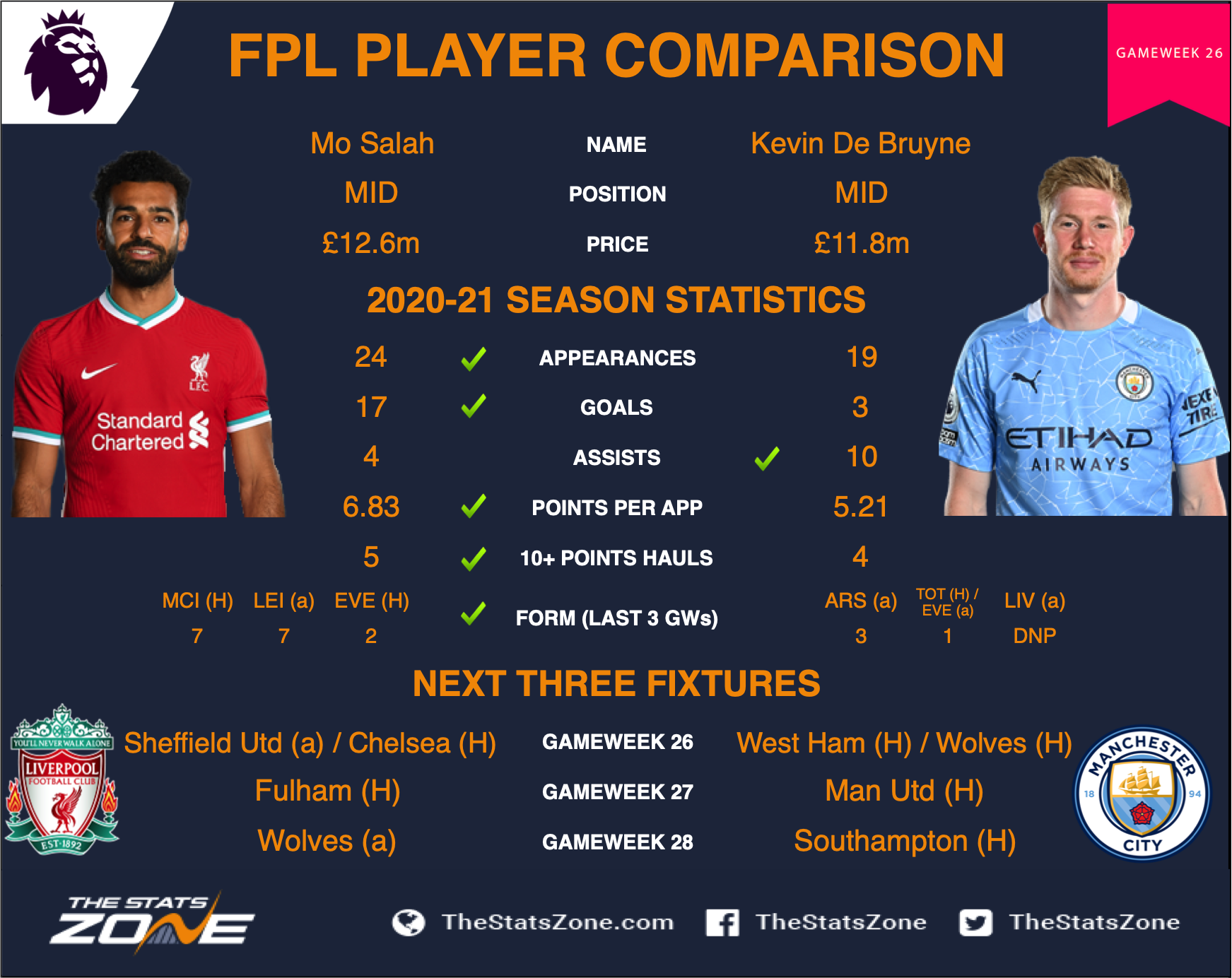