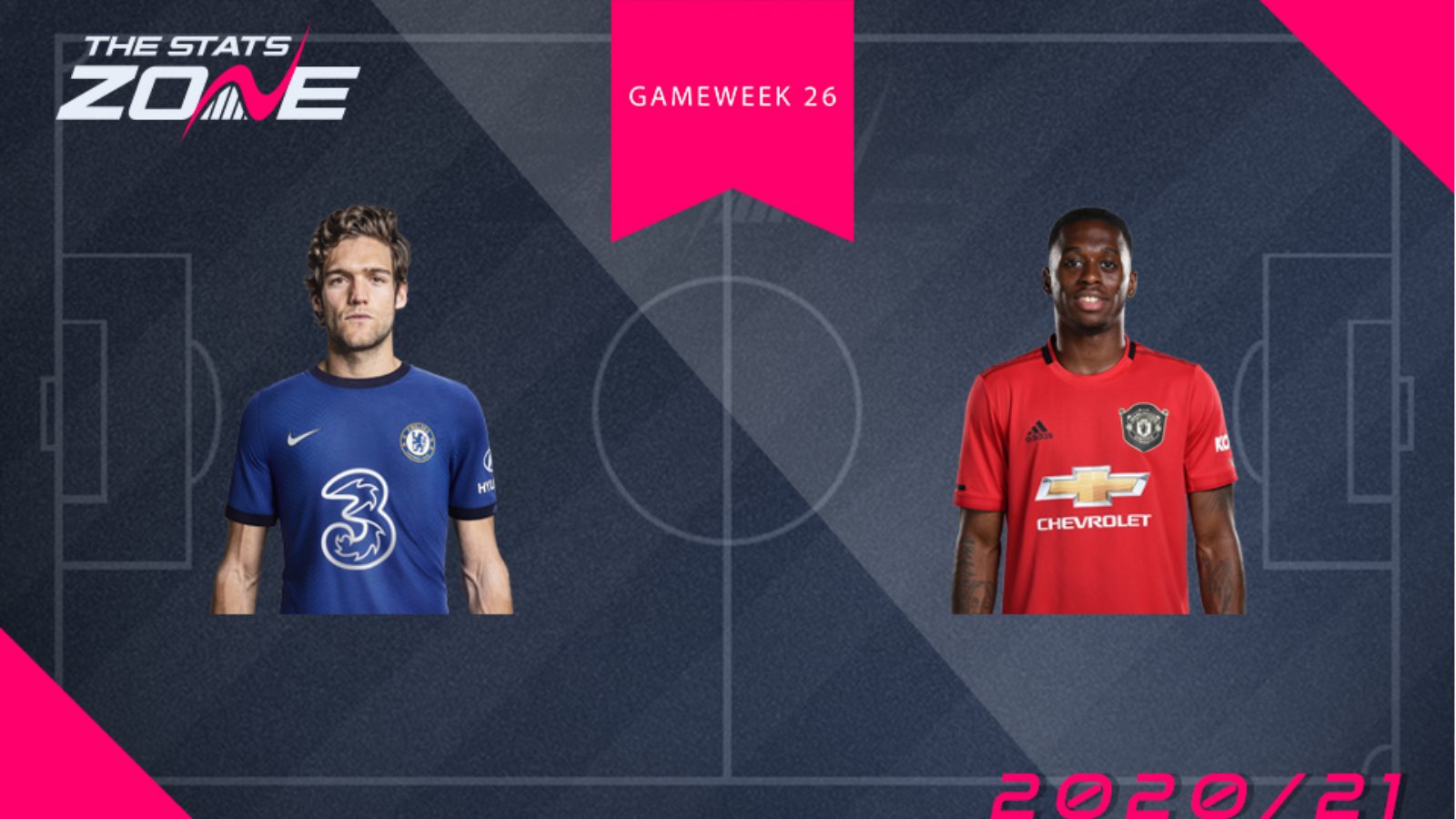 Since the appointment of Thomas Tuchel as Chelsea's new head coach, defender Marcos Alonso (£5.7m) has been back in favour and is featuring regularly within the Blues first XI having started in four of the last five gameweeks, accruing 29 FPL points. Man Utd right-back Aaron Wan-Bissaka (£5.6m) has done even better, after accumulating 33 FPL points over the course of the last five gameweeks with two clean sheets, one goal and one assist to his name.

Double Gameweek 26 sees both players benefit with two fixtures. Following Chelsea and Man Utd going head-to-head at the weekend, Chelsea move on to Anfield for a meeting with Liverpool the following Thursday, whilst Man Utd are away at Crystal Palace. Both Alonso and Wan-Bissaka offer attacking potential to go with any clean sheet points they may gain. However, Alonso is likely more of a rotational risk in the Chelsea side than Wan-Bissaka is for Man Utd, so for that reason the latter gets the nod for us here.