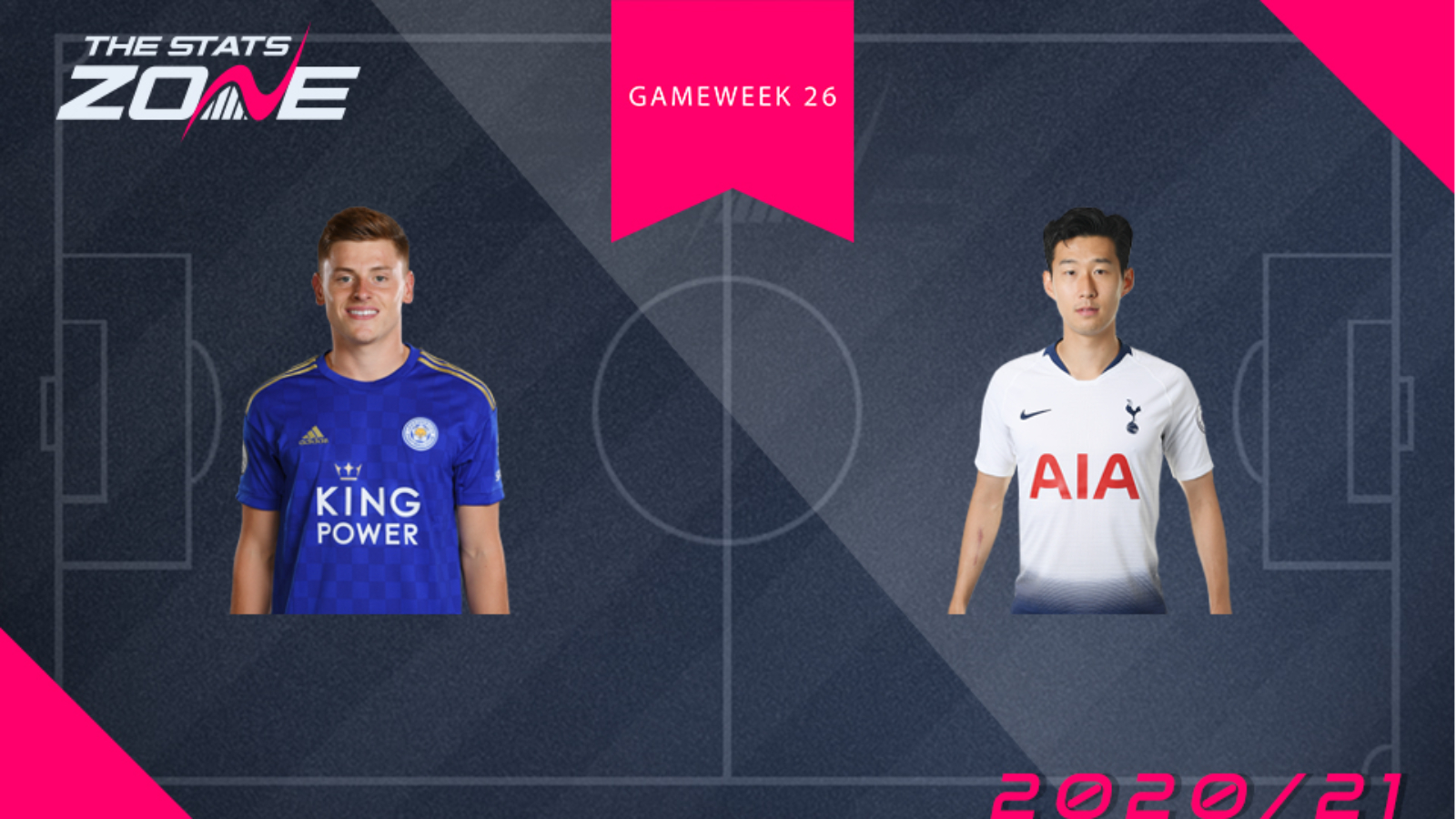 Despite having the edge over Harvey Barnes (£6.9m) in almost every statistical category, it is difficult to trust Heung-Min Son (£9.5m) at the moment. Just one goal and one assist in his last eight matches, during which time Spurs have taken only seven points from a possible 24, Spurs and Son are a far cry from the sure thing they were at the start of the season. Equally, while their fixtures may look the more attractive on paper, scoring goals against Burnley and Fulham is no sure thing. Worryingly, Son has already blanked against the Cottagers earlier in the season.

Harvey Barnes and Leicester, on the other hand, are a team flying high towards the top of the table having suffered just one defeat in the league since Boxing Day. Barnes has been integral to this run, registering six goals and four assists at an average of seven points per match in that time period. Leicester also face Burnley this weekend, a side Barnes has already scored and assisted against back in GW2. A home tie against Arsenal precedes this midweek match; a club who you always feel will give you a few chances in every match they play. 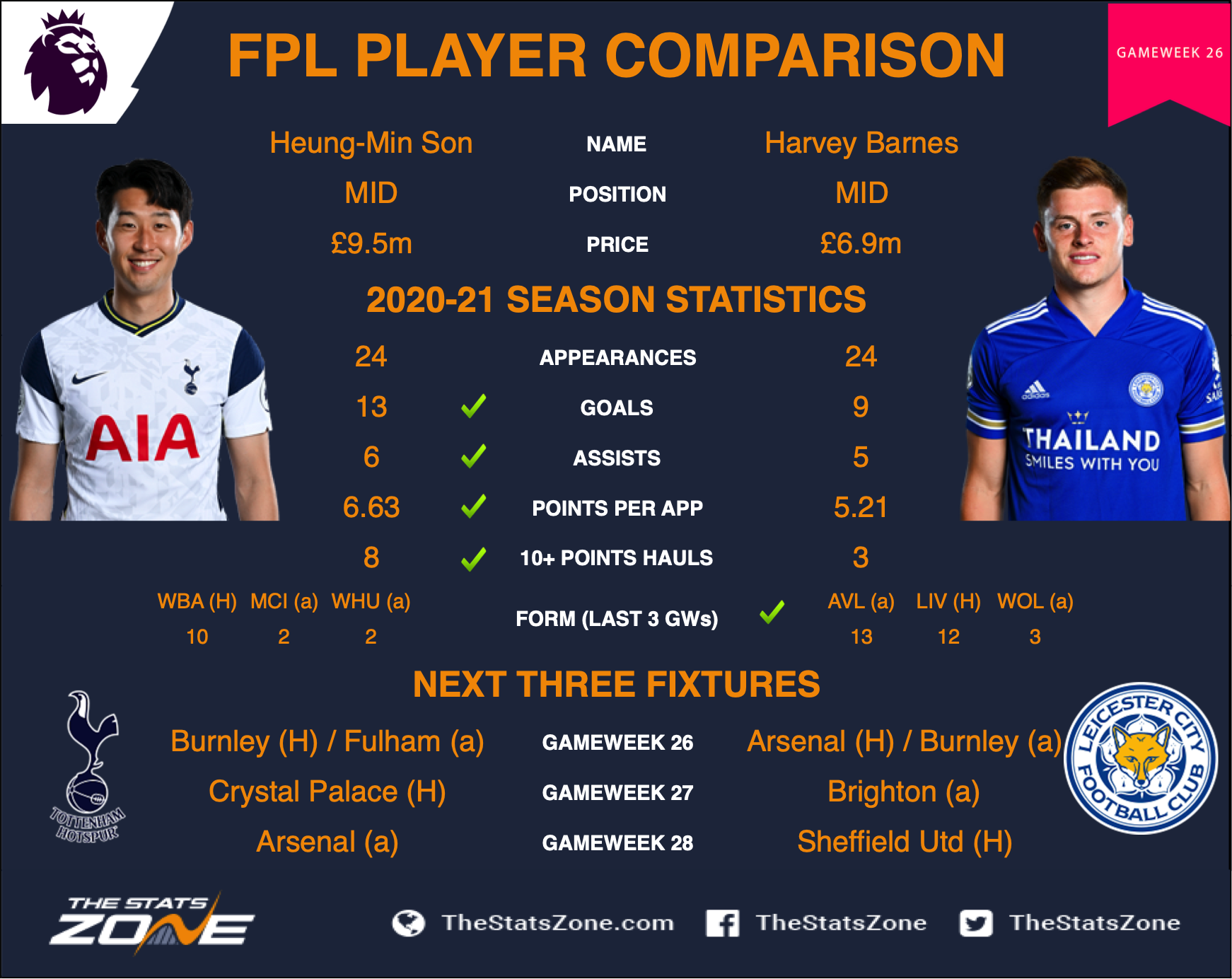