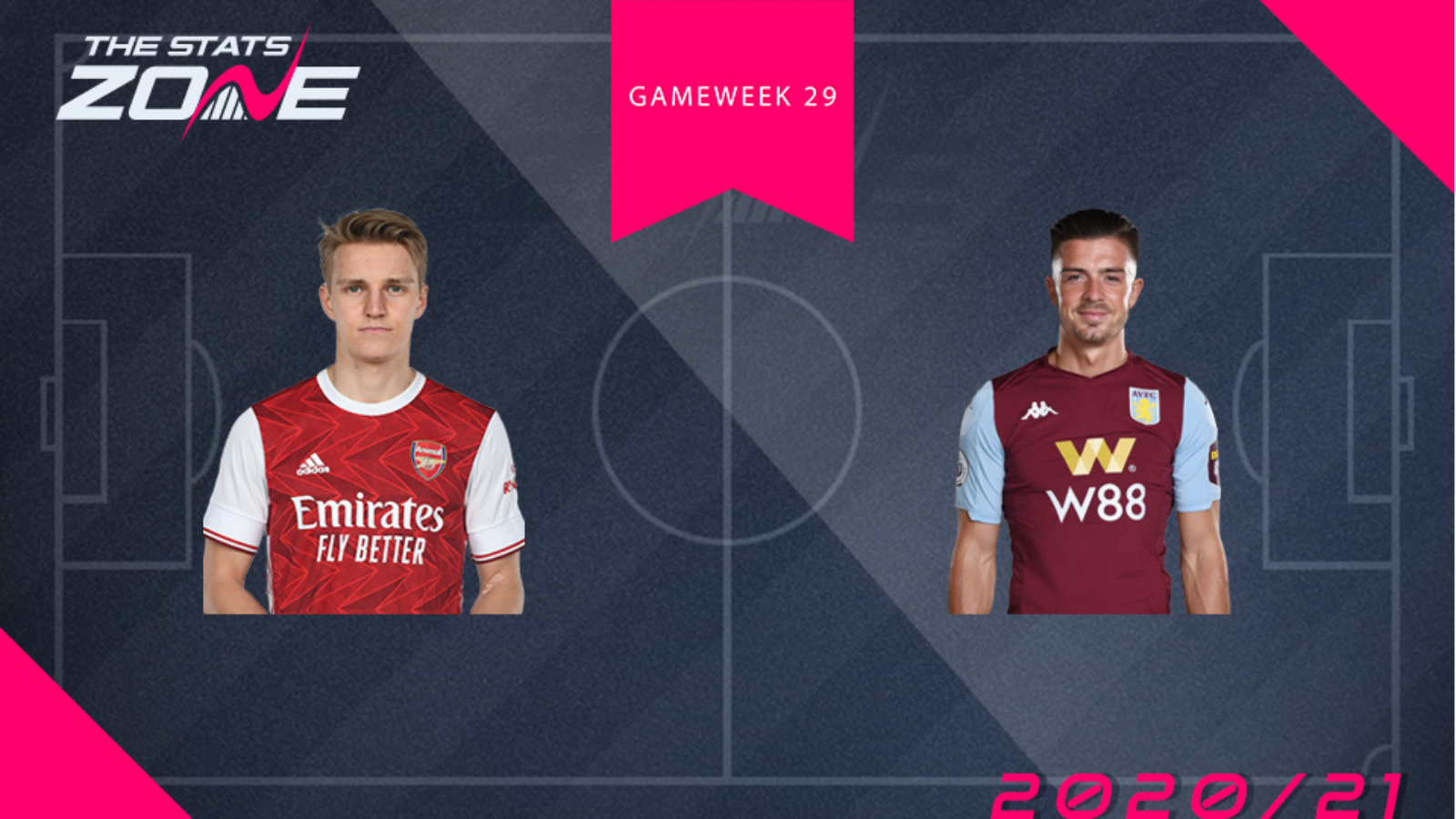 After a slow start to his Premier League career, Martin Odegaard (£6.0m) looks to be coming good at just the right time for Arsenal. The Norwegian has netted in his last two starts for the Gunners in all competitions including most recent last weekend in the North London derby as Arsenal beat rivals Spurs 2-1. Aston Villa's main talisman Jack Grealish (£7.5m) has enjoyed another fantastic season for his boyhood club, netting six times and registering 12 assists although the England international has been out of action since Gameweek 24 due to injury.

Whilst in normal circumstances, Grealish would be our preference in his head-to-head, his availability for Blank Gameweek 29 doesn't look good, although Villa manager Dean Smith attempted to put on his best poker face in his pre match press conference. Odegaard meanwhile, was afforded a rest in Arsenal Europa League second leg vs Olympiacos on Thursday and is expected to start against West Ham. Therefore, we're playing it safe and plumping for the Gunners midfielder.