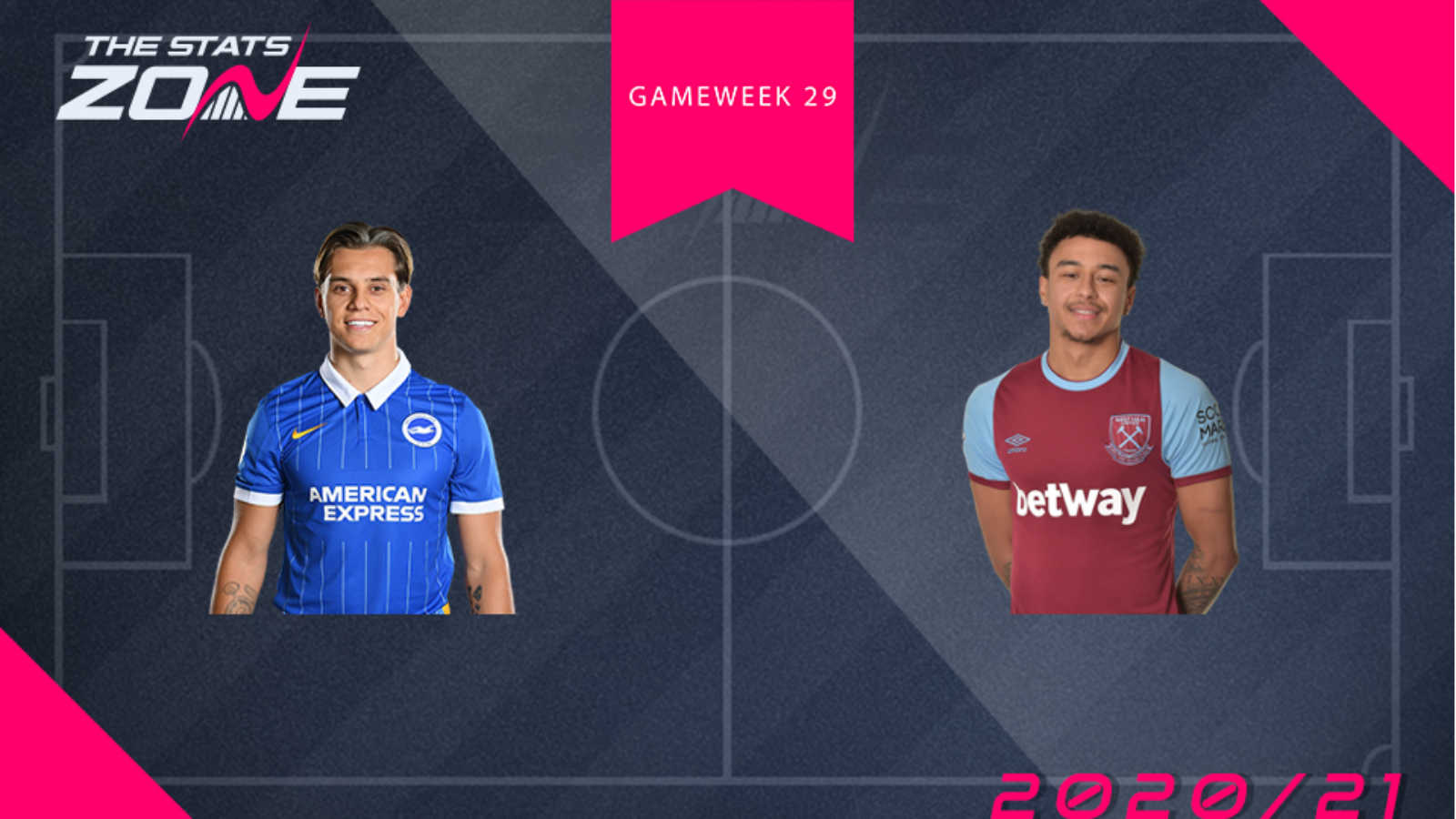 Gameweek 28 proved a successful one for owners of Leandro Trossard (£5.8m) with the Belgian netting his first goal since Gameweek 21 as Brighton recorded a vital 1-2 win away at Southampton, Trossard accruing ten FPL points in the process. Jesse Lingard (£6.1m) did not feature for West Ham with David Moyes' side playing Man Utd, Lingard's parent club.

Lingard is expected to come back into the Hammers' starting XI for Blank Gameweek 29 as they host Arsenal in a London derby, whilst Trossard and Brighton welcome fellow relegation battlers Newcastle to the South Coast. Lingard boasts a good record vs the Gunners with four goals in his previous eight appearances against them. He is also in great form with four goals and two assists over the course of his six Premier League starts for West Ham. Trossard however, has yet to show such consistency for Brighton and against a defensively minded opposition will likely find it difficult in Blank Gameweek 29. This leads us to give Lingard the nod here with West Ham expected to be afforded chances against a side who have not kept a clean sheet in the Premier League since Gameweek 21.