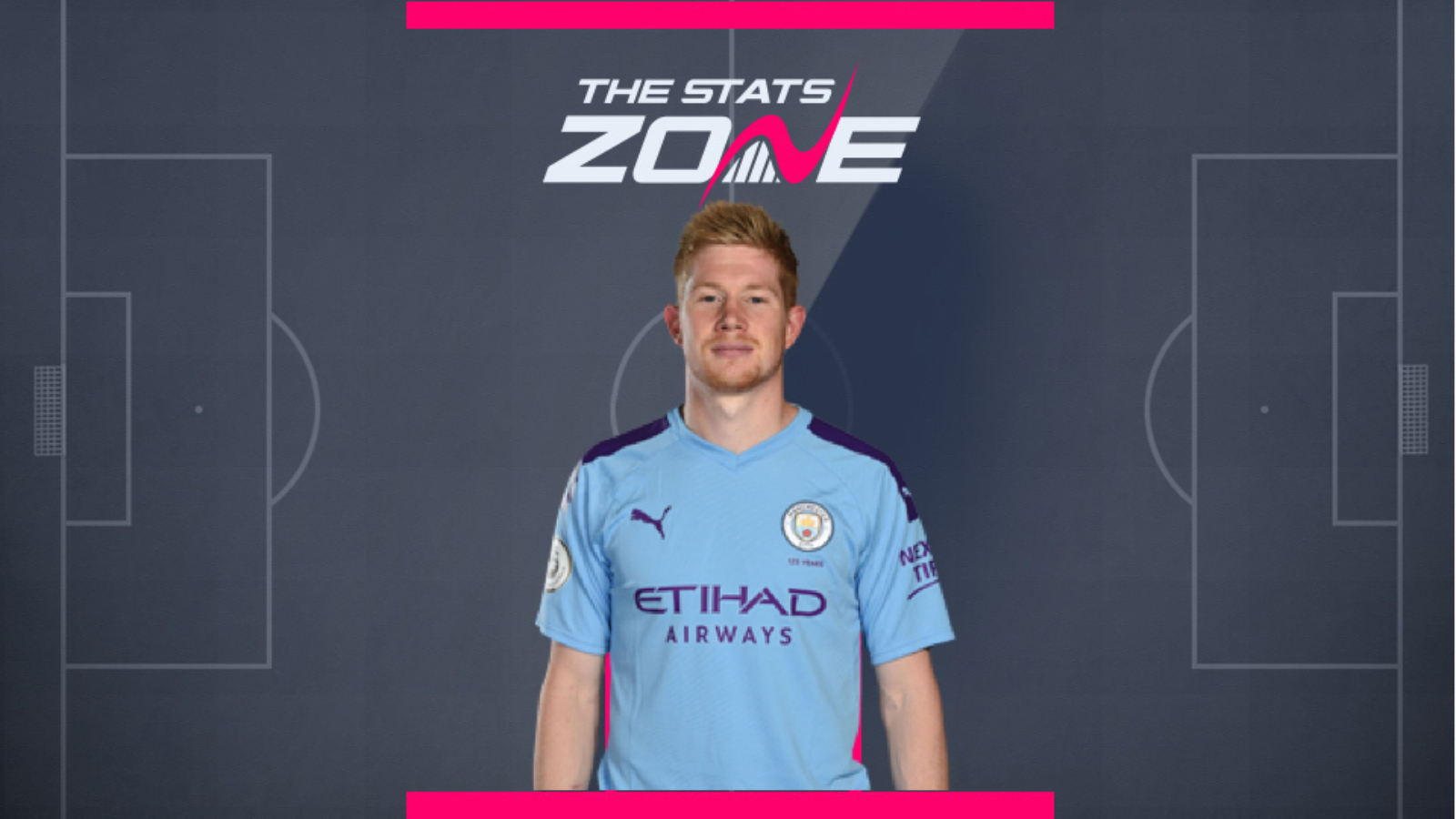 Kevin De Bruyne (£10.6m) has established himself as an indispensable part of Man City's side this season in a way that injuries would not allow him to in the last. As we reflect on his statistics and judge which season he has been more potent from gameweeks 1-29, the results tell a clear story.

Last season, the Belgian midfielder struggled to gain a consistent run of games due to injury and the proof is in the pudding with four league starts from the first 29 gameweeks of the 2018/19 season. In that time, KDB managed just one goal and one assist, with an average of 2.29 points per game. This season, the change has been dramatic: 26 appearances, eight goals and a whopping 18 assists have put De Bruyne on course for breaking the most assists record in a single Premier League season. Averaging 6.85 points per game, its incredible to think that De Bruyne was priced at £0.5m cheaper than he was in the 2018/19 season.

We'll never know how well De Bruyne might have done last season with no injuries and close to 29 league appearances under his belt. However, this season has seen the Man City midfielder stand out as a realistic candidate for Premier League player of the season and, currently owned by 45.6% of FPL managers, he has proven himself as a "must own" Fantasy Premier League asset. 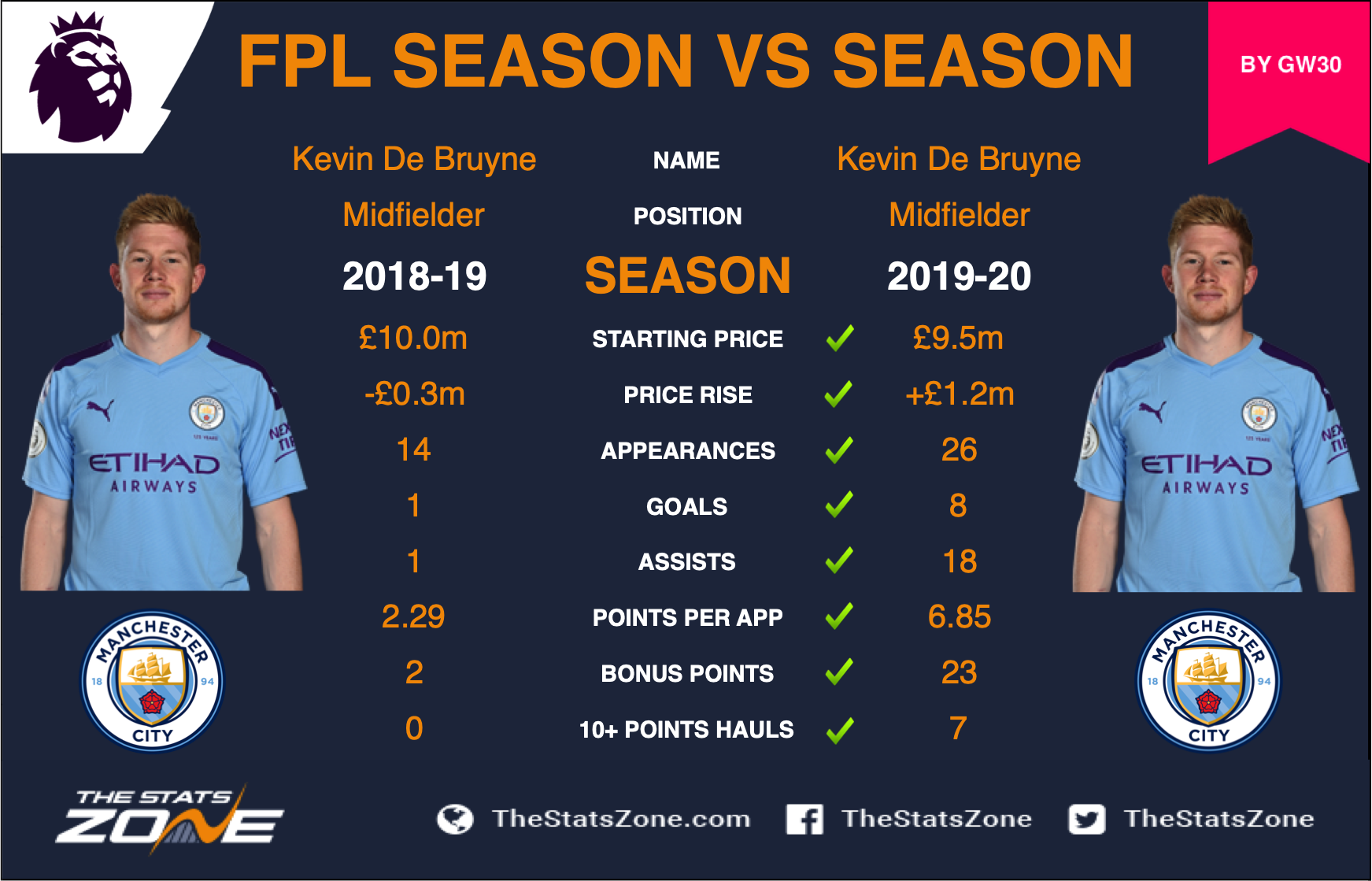