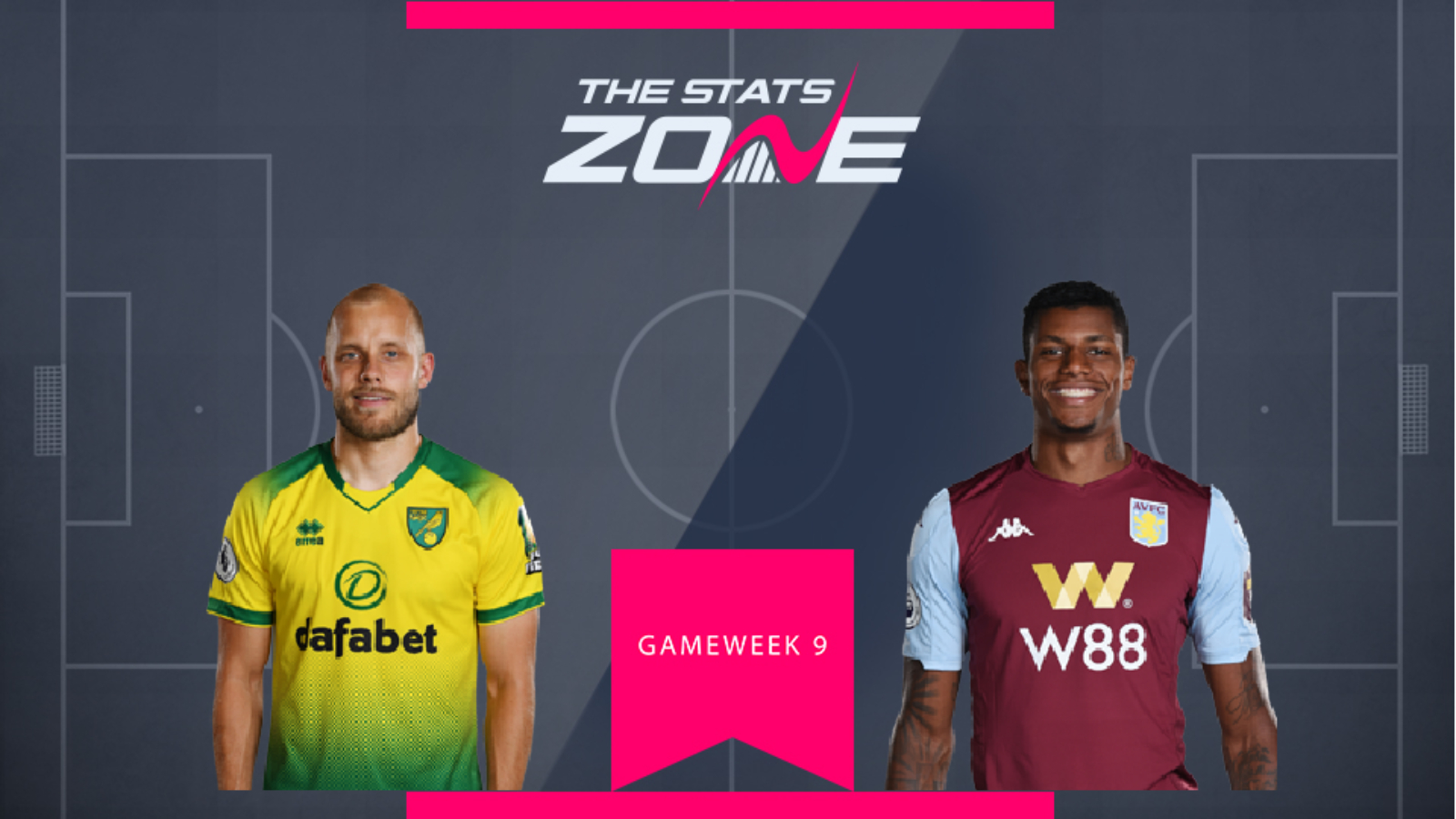 The standout budget forward at the start of the season, Teemu Pukki (£7.1m) has seen his form fall off a cliff in recent weeks. After registering six goals and two assists in the opening five gameweeks, the Finnish forward has mustered no attacking returns and just five points over the last three matches. Scant returns indeed.

Wesley (£6.0m) meanwhile started the season slowly, scoring just once in the opening five gameweeks. Since then, the Aston Villa forward has scored three in three, gaining 23 points in the time time period Pukki has scored just five. On paper, Wesley looks to be a forward on the up, while Pukki is heading in the opposite direction.

For GW9, Wesley and Aston Villa have a home fixture against Brighton, whereas Pukki and Norwich travel to Bournemouth. The Norwich striker's troubles away from home have been well documented (just one goal away from home) and given the form of the two strikers, the obvious choice is Wesley. 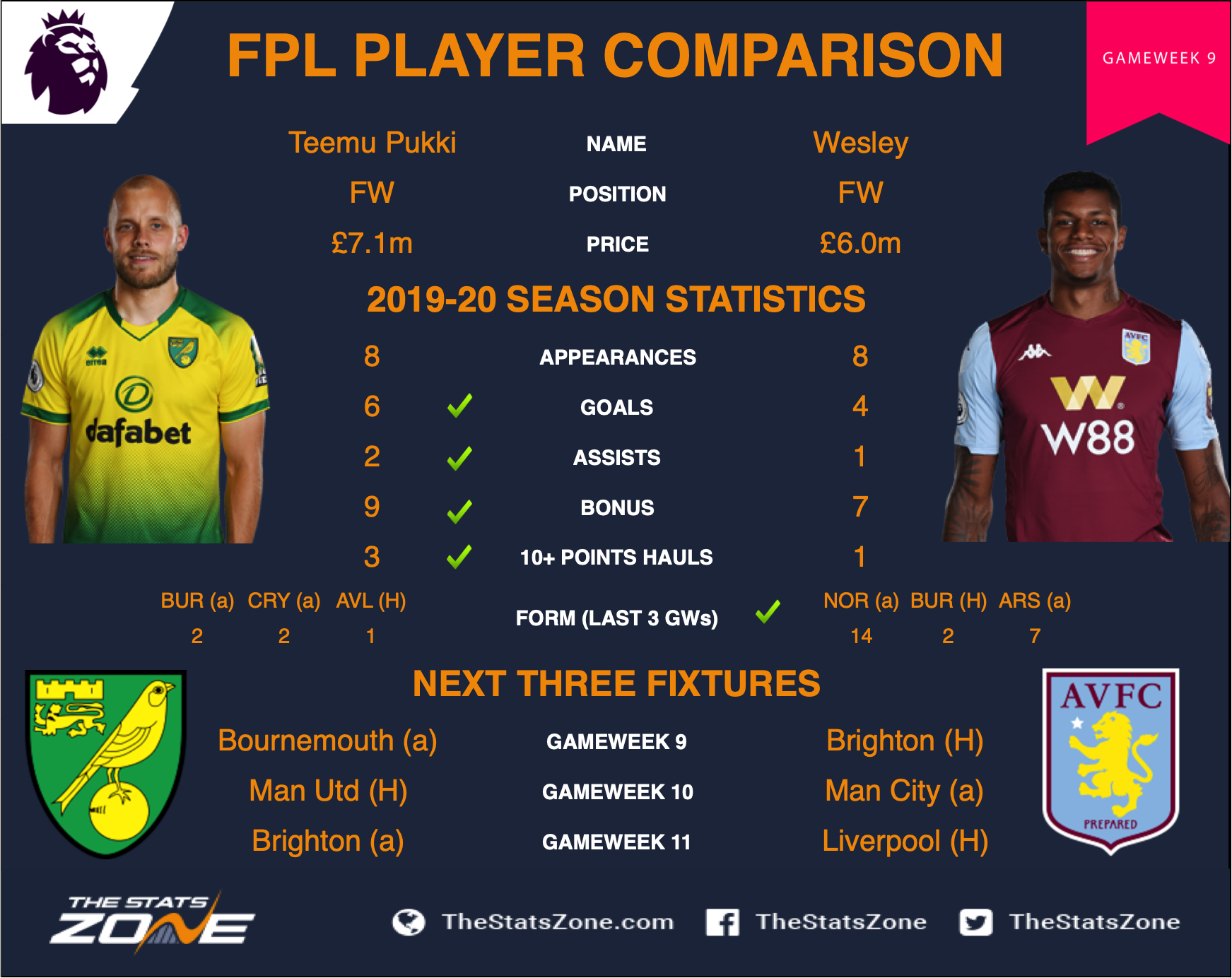