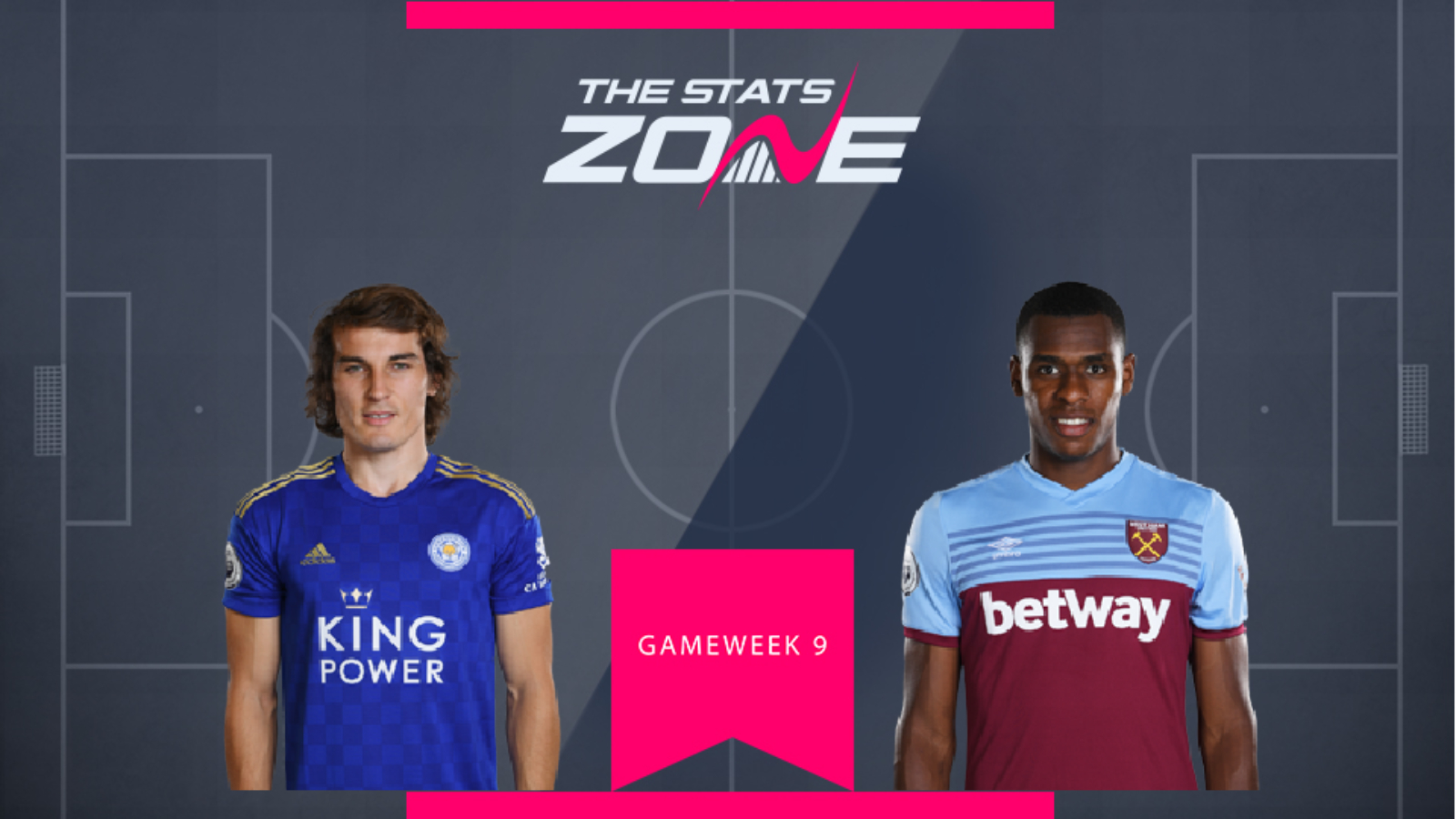 Two defenders that started the season at £4.5m, both Caglar Soyuncu (£4.7m) and Issa Diop (£4.5m) have scored 25 points so far this season. With both players not a huge threat in an attacking sense, it is their defensive prospects that fuel a decision between the two.

For GW9, Soyuncu and Leicester have a home fixture against Burnley, whereas Diop and West Ham travel to Everton. Despite having conceded more goals, Diop has kept one more clean sheet than Soyuncu. Their opponents Everton have been struggling for goals this season and in their last home game failed to score against Sheffield Utd. While the choice between the two is a difficult one. it is Diop who gets the nod. 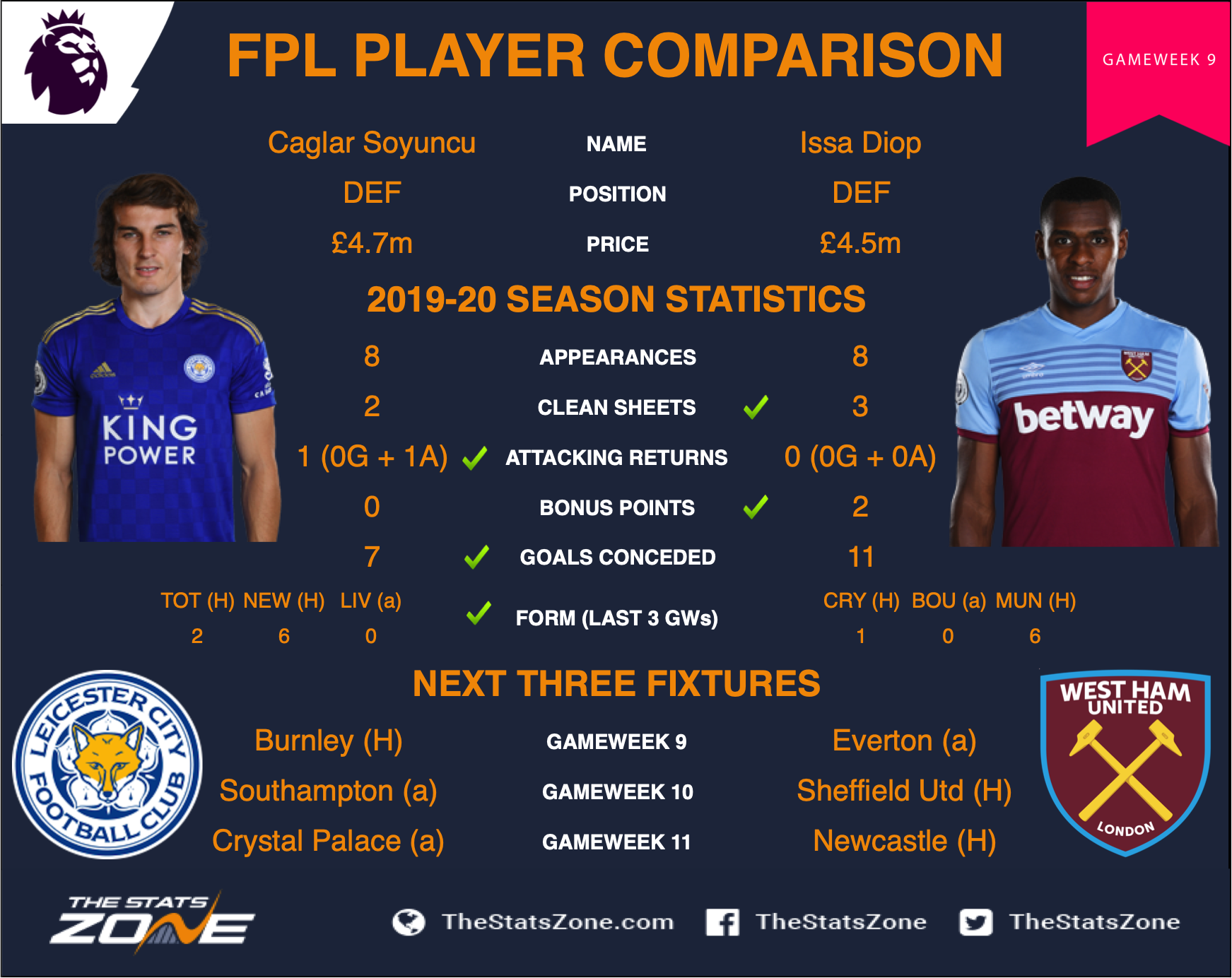