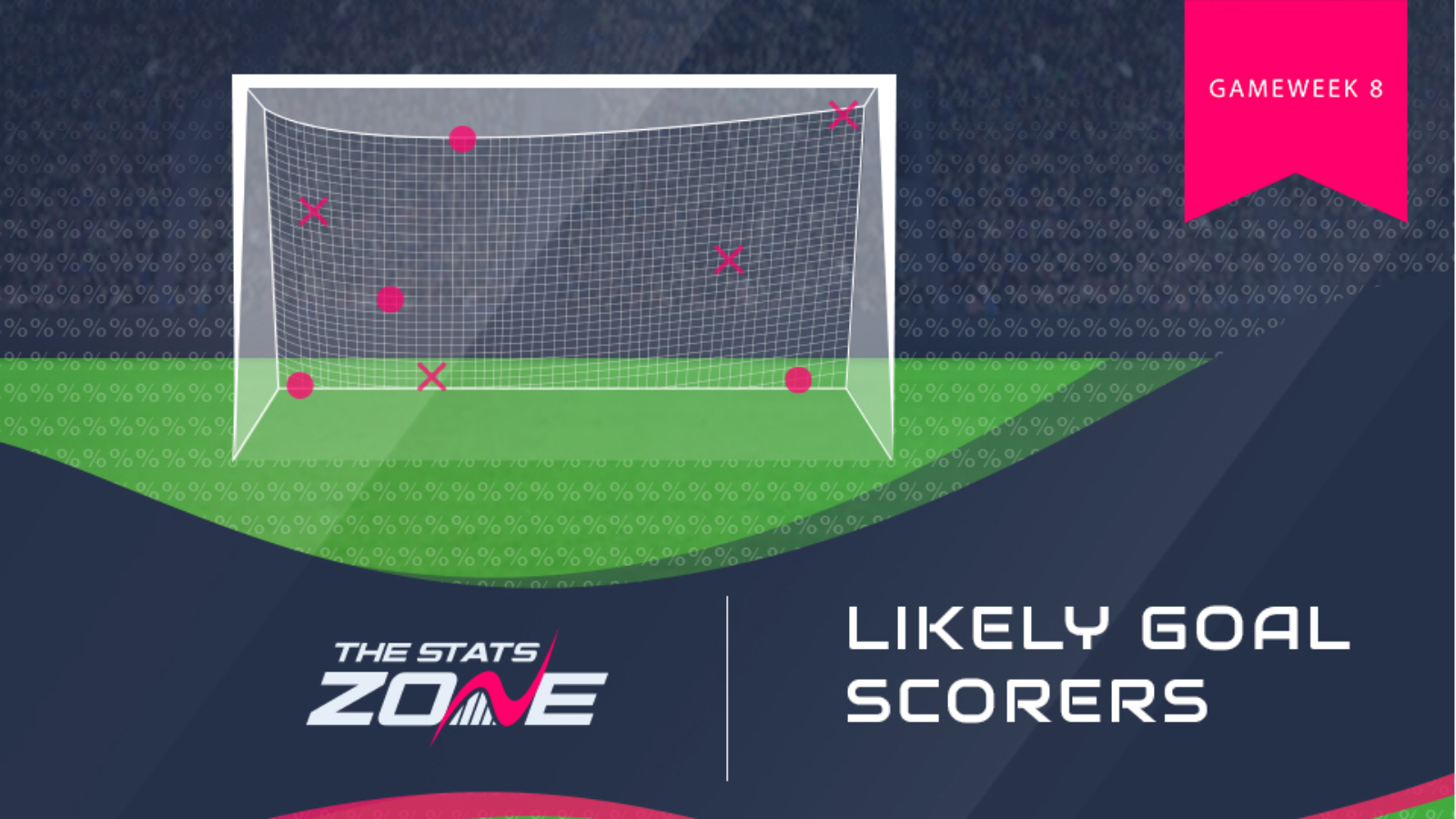 Ahead of GW8, we take a look at which players have the best chance of scoring in the upcoming fixtures. 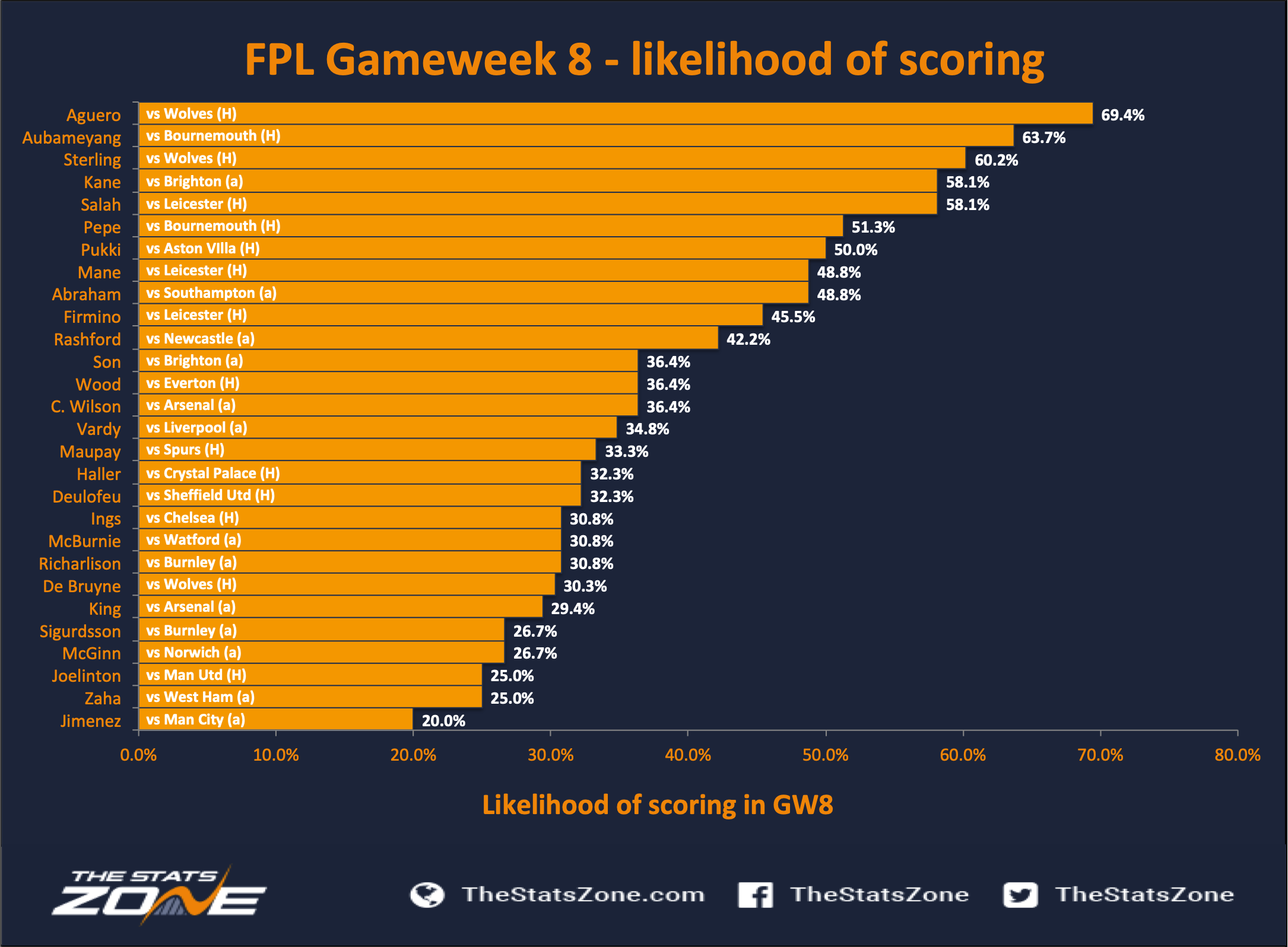 Sergio Aguero (£12.2m) is the top rated player in the scoring charts for Gameweek 8, as the Argentinian has been given a 69.4% chance of scoring against Wolves. Fresh off his seventh goal of the season against Man Utd last time out, Pierre-Emerick Aubameyang (£11.0m) has been given a 63.7% probability of making it eight in eight.

Of Liverpool’s three main attacking assets, Mo Salah (£12.5m) is the one who is projected to be the most likely to score while Teemu Pukki (£7.2m) will look to get the party started again when Norwich host Aston Villa.