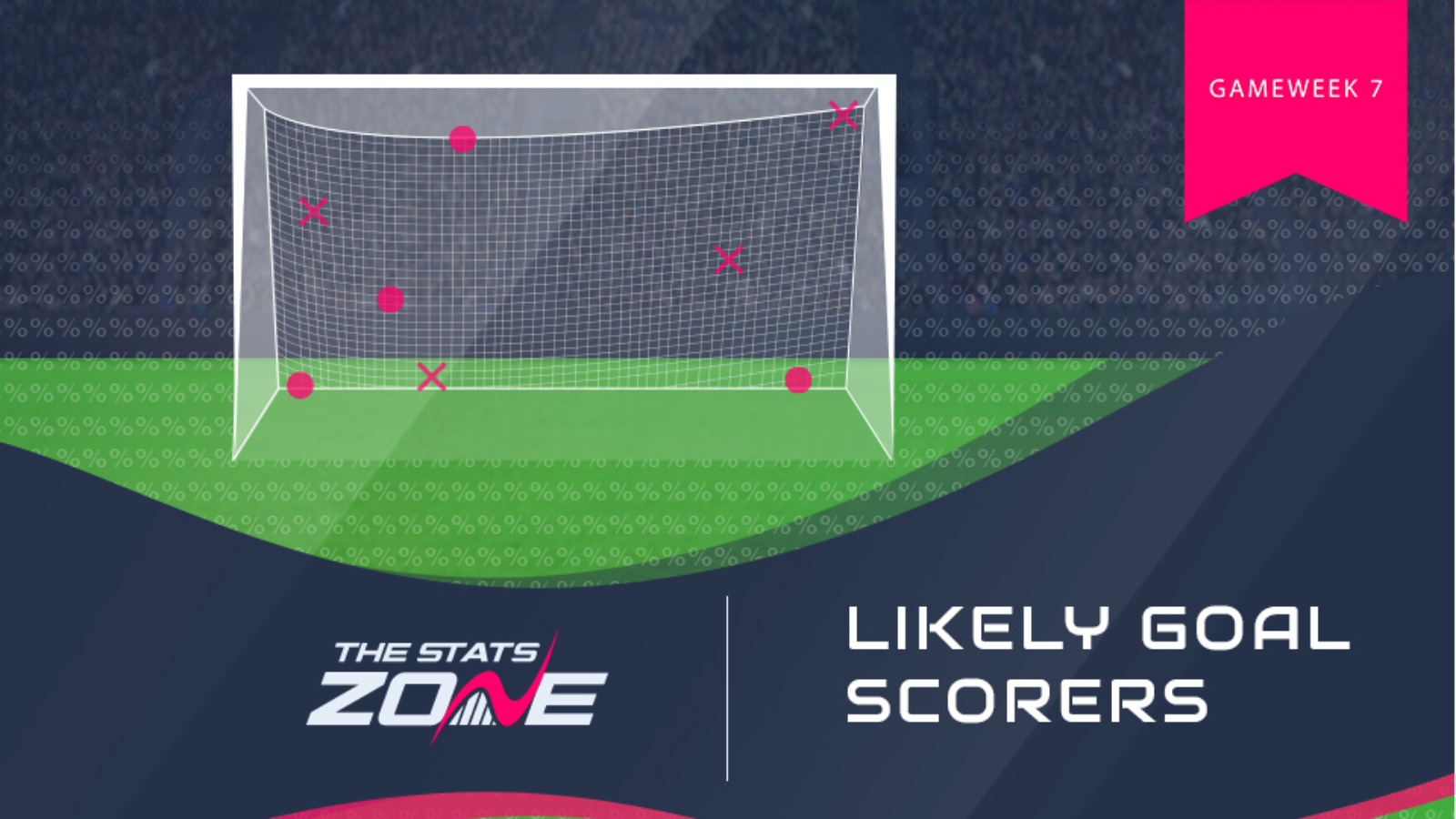 Ahead of GW7, we take a look at which players have the best chance of scoring in the upcoming fixtures. 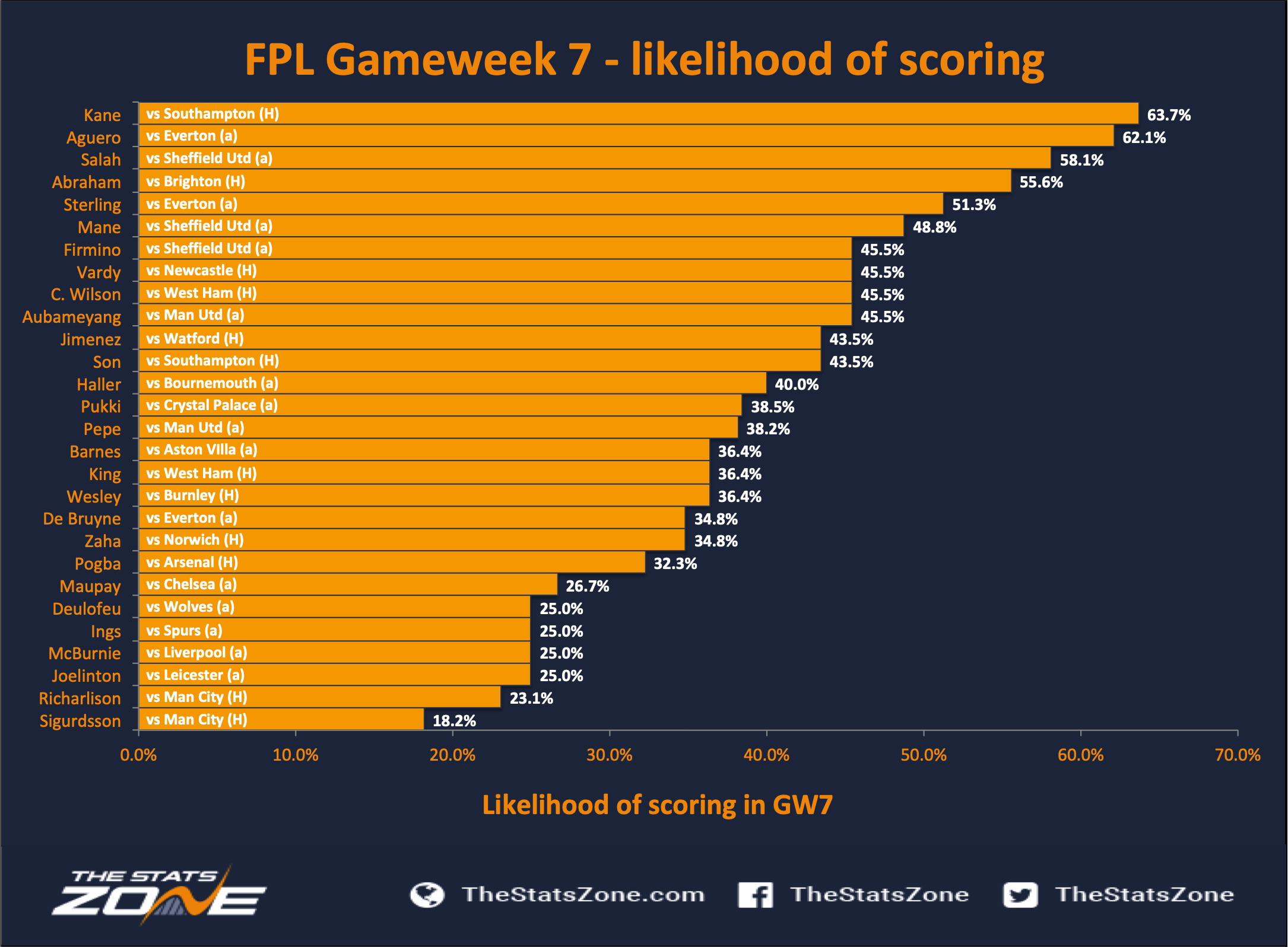 Harry Kane (£11.0m) is the top rated player in the scoring charts for Gameweek 7, as the English forward has been given a 63.7% chance of finding the net against Southampton. Meanwhile, the only player to have scored in each of the opening six gameweeks of the season, Sergio Aguero (£12.2m), has been given a 62.1% likelihood of scoring against Everton. Of Liverpool’s three main attacking assets, Mo Salah (£12.5m) is the one who is projected to be the most likely to score, while Tammy Abraham (£7.5m) will look to get back amongst the goals when Chelsea host Brighton.

Outside of the premium options, Jamie Vardy (£8.9m) and Callum Wilson (£7.8m) are the best of the rest. Vardy will face an extremely poor Newcastle side, whilst Wilson is one of just three players to have secured attacking returns in each of the opening six gameweeks.

At the bottom of the list are Everton midfielders Richarlison (£8.0m) and Gyfil Sigurdsson (£7.7m) with the pair set to come up against Man City, while Gerard Deulofeu (£6.2m) and Neil Maupay (£6.0m) could be interesting budget options as they face Wolves and Chelsea respectively. Chelsea are yet to keep a clean sheet this season, while Wolves are currently 19th and have one of the poorest defensive records in the league.