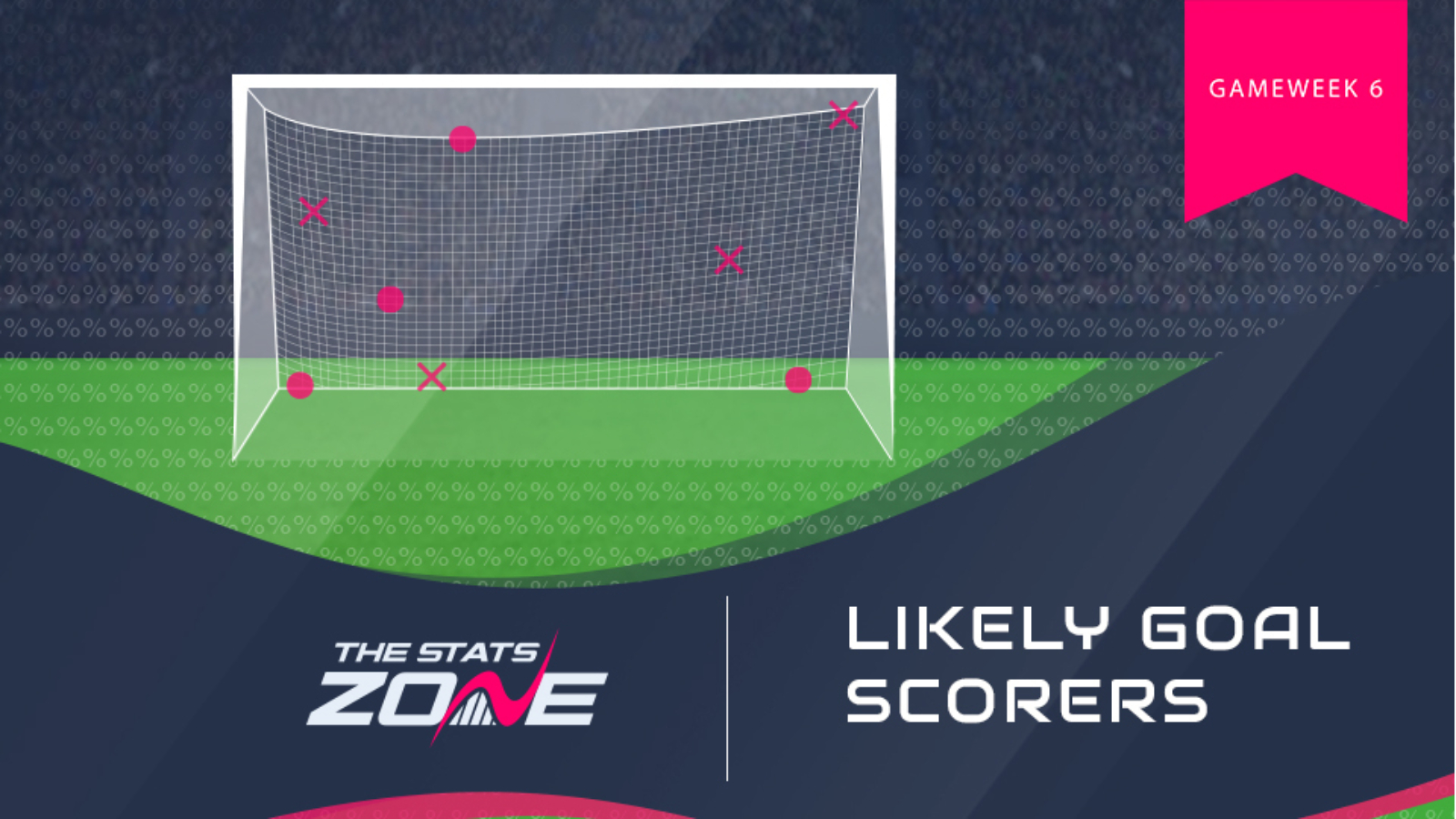 Ahead of GW6, we take a look at which players have the best chance of scoring in the upcoming fixtures. 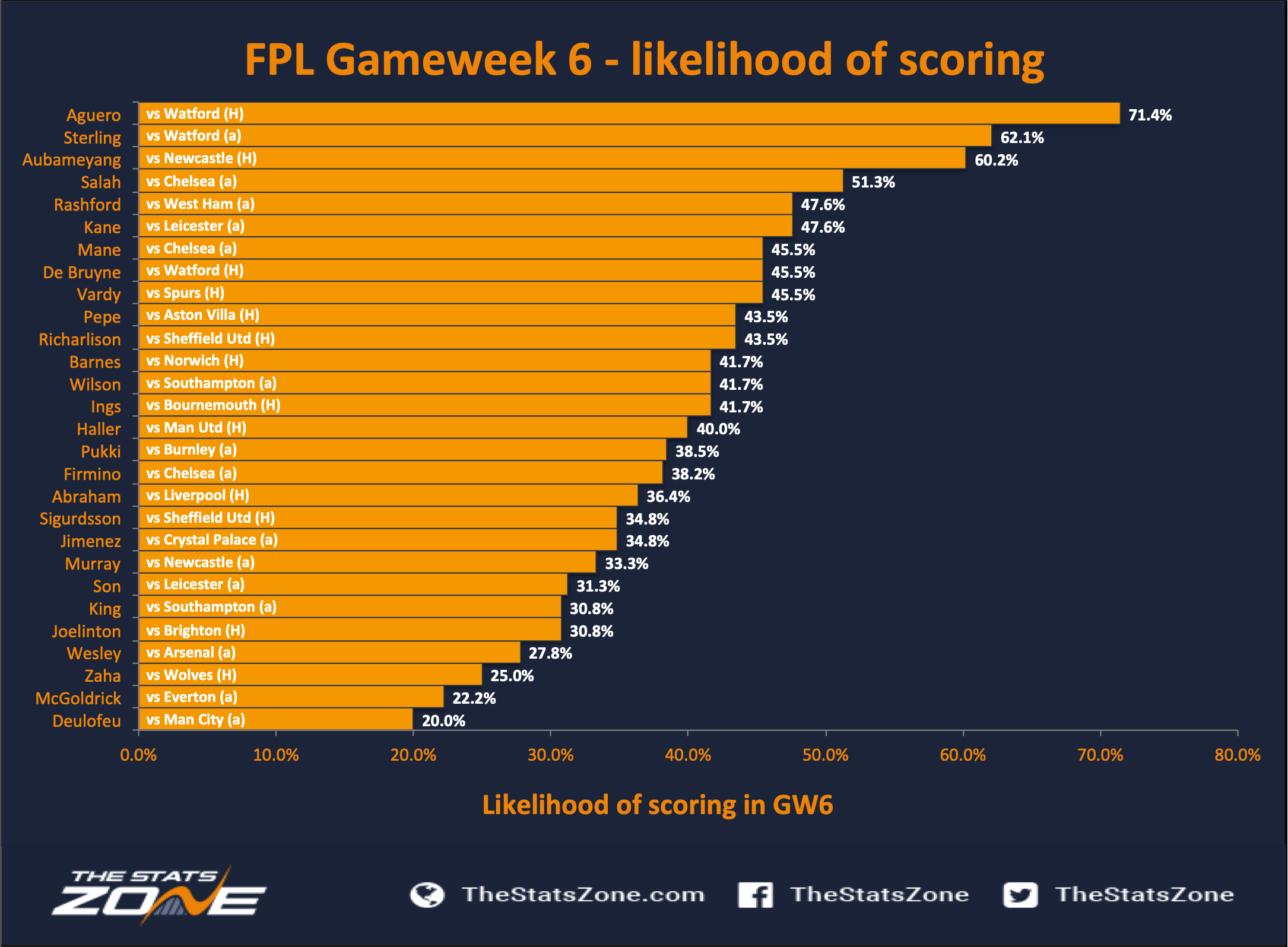 Two Man City players top the most likely scorer list as Watford travel to the Etihad Stadium. City have won the last 11 meetings with the Hornets in all competitions, scoring 18 goals while conceding just six. Sergio Aguero (£12.1m) has started the season on fire and will be well-rested after not playing midweek. Raheem Sterling (£12.2m) is another who started the season in form and although he hasn’t scored in the last two league games, the Englishman has an excellent recent record against Watford, scoring five times in his last two appearances against them.

Behind the City duo are Arsenal striker Pierre Emerick-Aubameyang (£11.0m) and Liverpool’s Mo Salah (£12.5m). Aubameyang represents one of just three players to record attacking returns in every game this season (along with Aguero and Callum Wilson (£7.8m)), while Salah has a revenge match against Chelsea – a team with the second worst defence in the league.

Outside of the premium options, Marcus Rashford (£8.5m) and Jamie Vardy (£8.9m) are the best of the rest. Rashford has three goals already this campaign and scored against West Ham in the equivalent fixture last season, despite only being on the pitch for 33 minutes.

At the bottom of the list are Watford forward Gerard Deolofeu (£5.9m) and Sheffield Utd frontman David McGoldrick (£5.9m). The pair travel to Man City and Everton respectively. A slightly surprising name to see in the middle of the list is Norwich striker Teemu Pukki (£7.1m), who is given just a 38.5% likelihood of scoring away to Burnley. Given Pukki has only blanked in one of Norwich’s five matches this season, coupled with the fact that Burnley have kept just one clean sheet, this seems a slightly low projection.