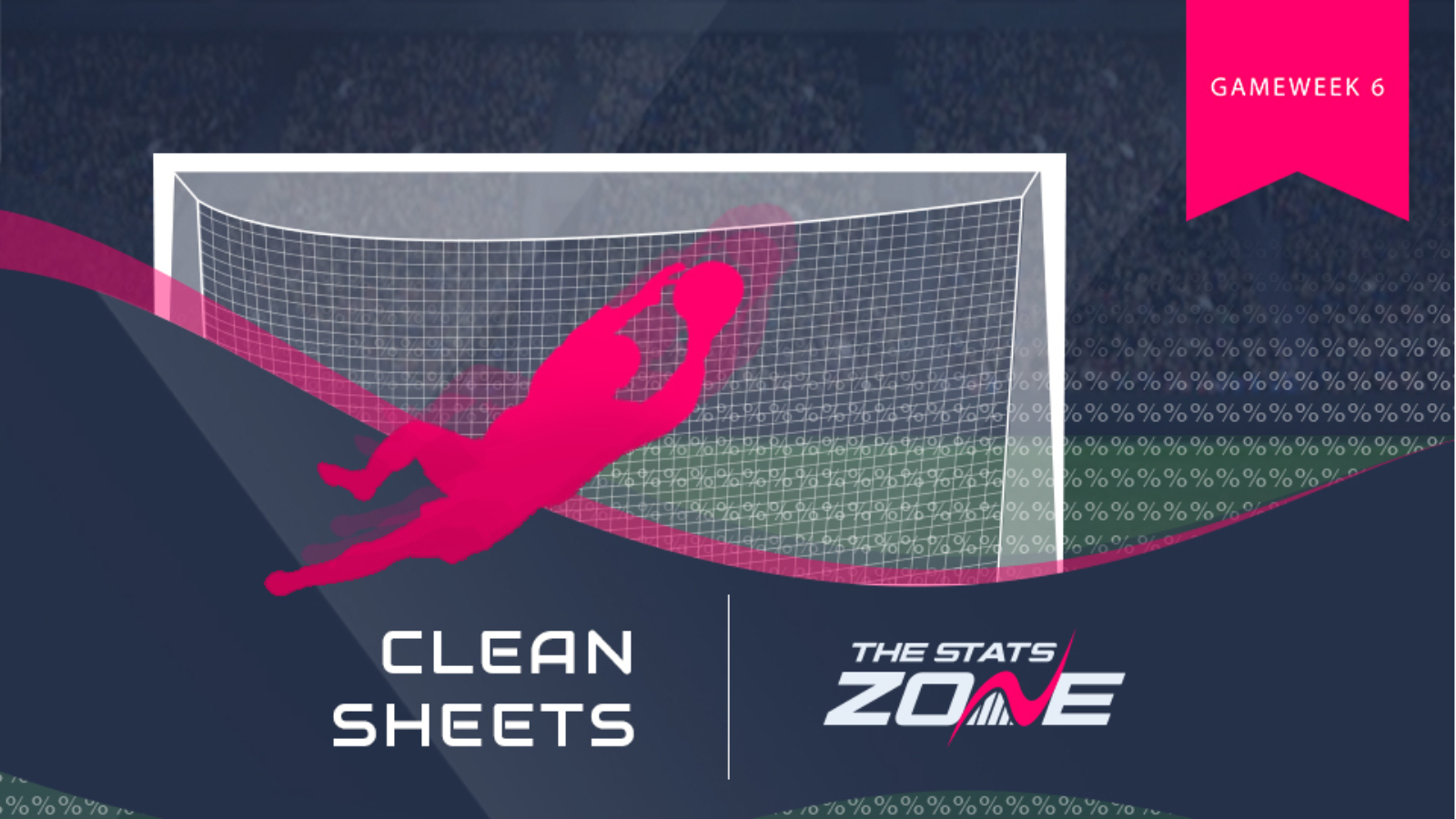 Ahead of GW6, we take a look at which teams have the best chance of keeping a clean sheet. 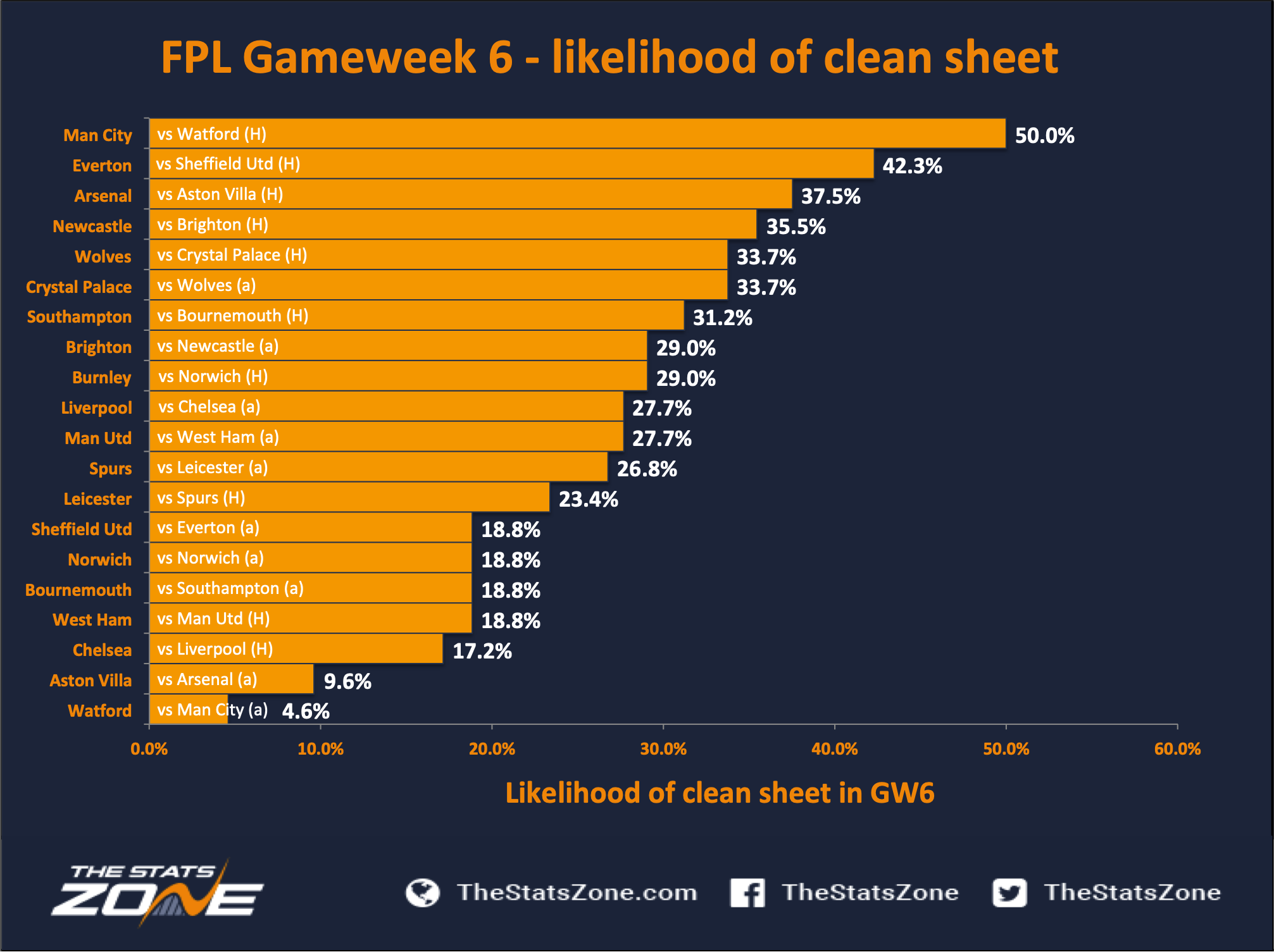 Man City are the top rated team for clean sheet potential in GW6. The club will host Watford and are given a 50% likelihood of recording a shut-out. With Aymeric Laporte (£6.4m) and John Stones (£5.4m) out injured, Nicolas Otamendi (£5.4m) is the sole fit centre-back available for Pep Guardiola. He is likely to be partnered at the back by Fernandinho (£5.3m). The pair have form after playing together midweek against Shahktar Donetsk, keeping a clean sheet in the process.

Second on the list are Everton who welcome Sheffield Utd to Goodison Park. Everton have kept one clean sheet in two home matches this season and, going back to last season, have an excellent home record. The likes of Lucas Digne (£6.2m) and Seamus Coleman (£5.5m) offer attacking potential along with the possibility of clean sheets.

With so few teams keeping clean sheets this season, there is plenty of value that can be found in budget defenders. This weekend, Newcastle and Arsenal offer a potential cheap route to clean sheets as they have home ties against Aston Villa and Brighton respectively. For Newcastle, Fabian Schar (£5.0m) scored a number of goals last season and could offer points at both ends, while for Arsenal, Ainsley Maitland-Niles (£5.2m) is showing his value as an attacking defender with two assists already.

Unsurprisingly, Watford are at the bottom of the list as they travel to Man City – a fixture where they have traditionally struggled. A well-rested Sergio Aguero (£12.1m) will look to keep his scoring record going after not playing in the midweek Champions League match.

Watford are joined in the bottom three by Aston Villa and Chelsea who play Arsenal and Liverpool respectively. Pierre Emerick-Aubameyang (£11.0m) will be aiming to make it a sixth Premier League game in succession (this season) in which he registers an attacking return, while both Sadio Mane (£11.6m) and Mo Salah (£12.5m) will look to get back to winning ways after their midweek defeat against Napoli.