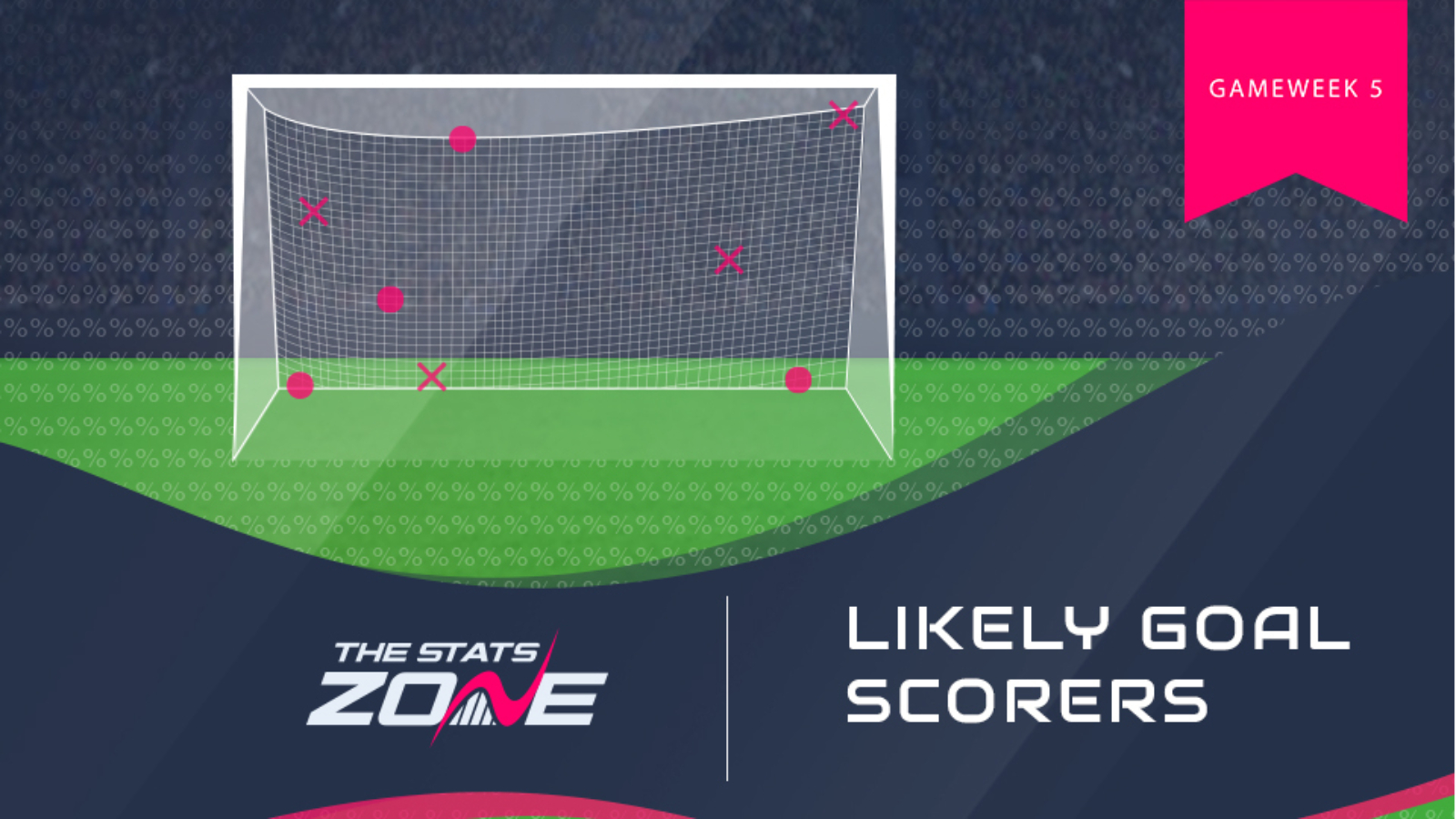 Ahead of GW5, we take a look at which players have the best chance of scoring in the upcoming fixtures. 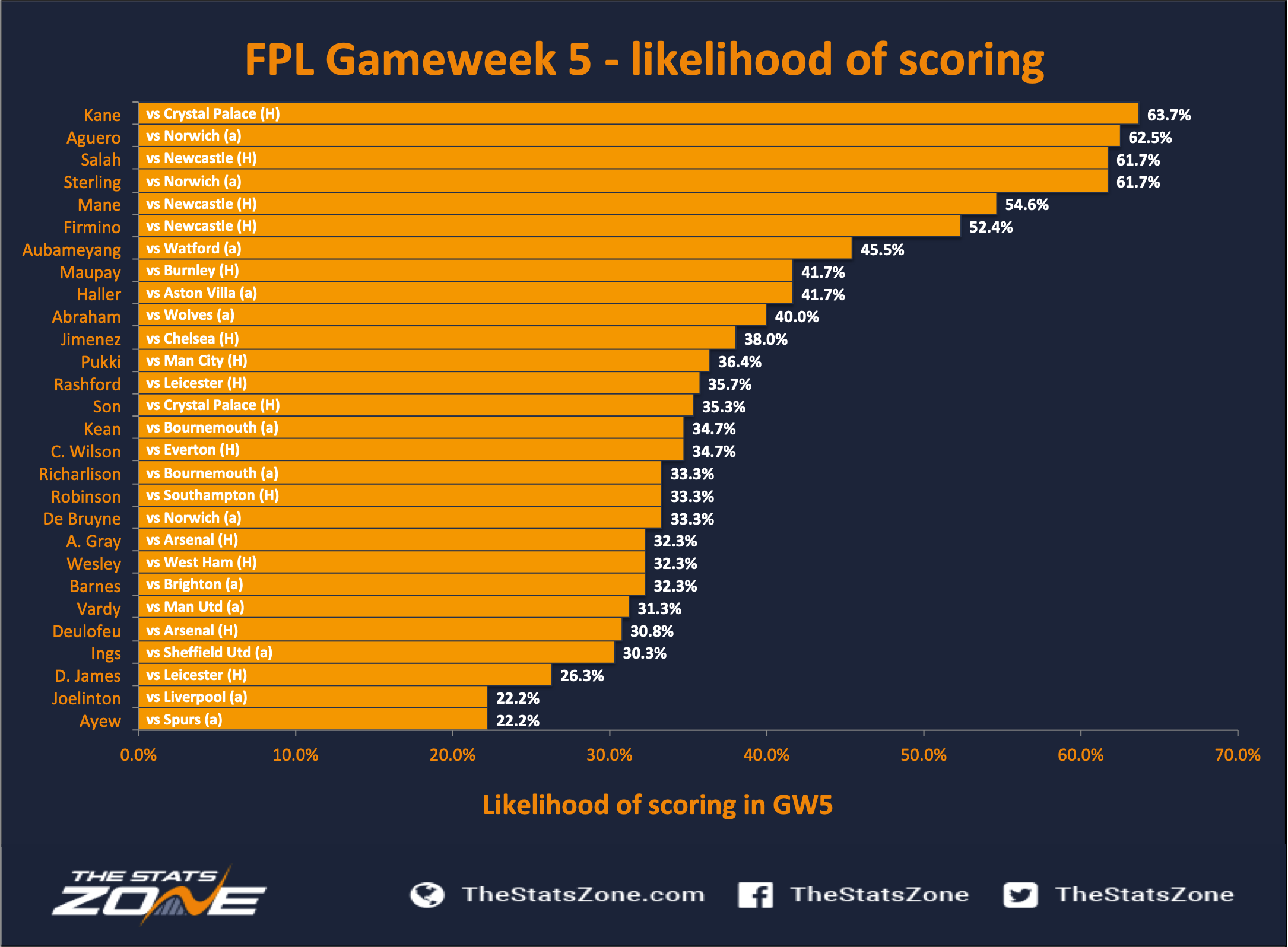 A plethora of premium options top the most likely scorer list, as Liverpool, Man City and Spurs all have, on paper, attractive looking fixtures. Liverpool welcomes Newcastle to Anfield in the Saturday lunchtime kick-off, before Spurs host Crystal Palace at 3pm and Man City travel to Norwich in the early evening match. Having not been involved in international duty over the last two weeks, Sergio Aguero (£12.1m), Mo Salah (£12.5m) and Sadio Mane (£11.5m) should all be well-rested while Harry Kane (£11.0m) and Raheem Sterling (£12.3m) will be looking to continue their international form in the Premier League.

Behind the premium players, there is a sprinkling of more budget-friendly choices in this week's top 10, with Neal Maupay (£6.0m) the top option. Despite having not found the net since Gameweek 1, Maupay will look to get back amongst the goals when Brighton face Burnley on Saturday. Having kept just one clean sheet this season, Burnley are giving up an average of 14.5 shots on goal every match. Behind him, Sebastien Haller (£7.5m) comes after Maupay and the Frenchman now has three goals in his last two matches. He will look to extend his goalscoring run when West Ham travel to Aston Villa on MNF.

At the bottom of the list are Crystal Palace forward Jordan Ayew (£5.1m) and Newcastle frontman Joelinton (£5.9m). The pair travel to Spurs and Liverpool respectively. A slightly surprising name to see towards the bottom of the list is Leicester’s Jamie Vardy (£8.9m), who is given just a 31.3% probability of scoring against Man Utd. Given Vardy has an excellent record against the 'Big Six' teams and United haven’t kept a clean sheet since Gameweek 1, this seems a slightly low projection.