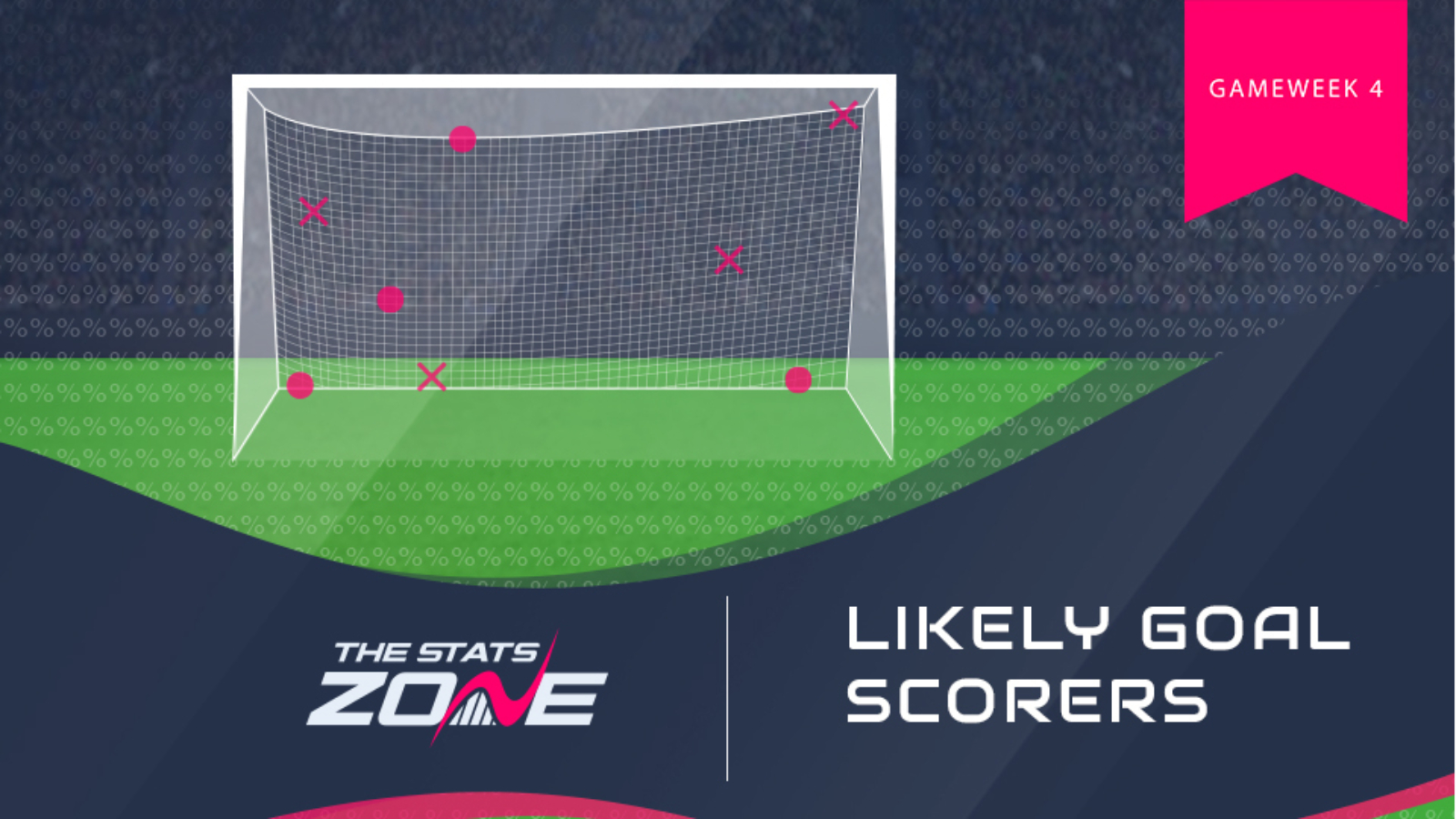 Ahead of GW4, we take a look at which players have the best chance of scoring in the upcoming fixtures. 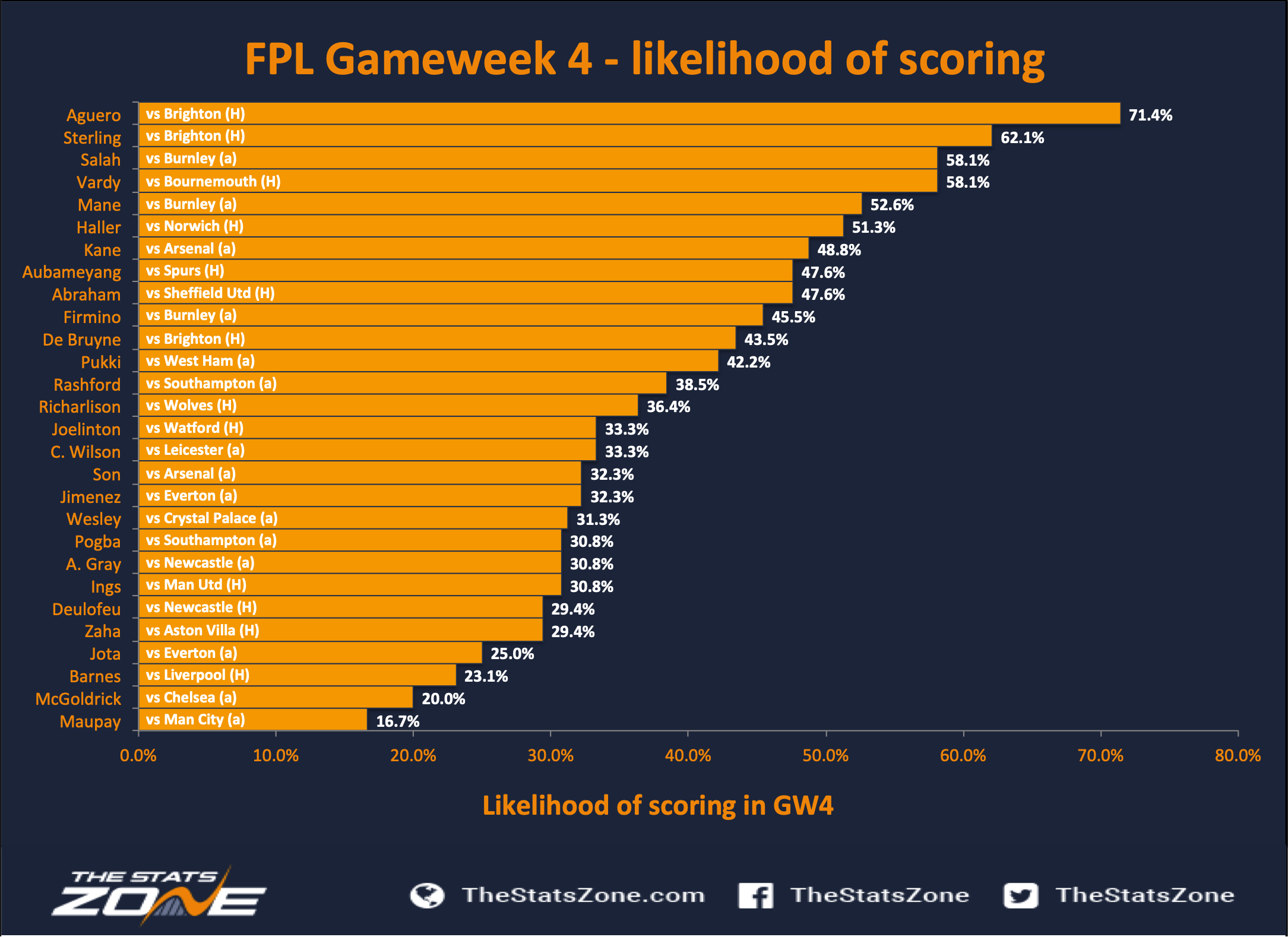 Unsurprisingly, two Man City players sit at the top of the most likely to score list. Both Sergio Aguero (£12.0m) and Raheem Sterling (£12.3m) have each scored in City’s opening three fixtures and welcome Brighton to the Etihad stadium in GW4. City have now gone 21 home Premier League matches since they last failed to find the net.

Behind the City duo, there is a sprinkling of more budget-friendly options in this week's top 10, with Jamie Vardy (£8.9m) featuring highly. After breaking his 2019-20 season duck against Sheffield Utd, the English forward has a projected 58.1% chance of scoring against Bournemouth. Behind him, Sebastien Haller (£7.4m) has been a popular transfer in following his brace against Watford. His 130,000 new owners will be hoping he scores against Norwich and is given a 51.3% chance of doing so.

At the bottom of the list are Sheffield Utd forward David McGoldrick (£5.5m) and Brighton frontman Neal Maupay (£6.0m). The pair travel to Chelsea and Man City respectively. A slightly surprising name to see at the bottom of the list is Burnley’s Ashley Barnes (£6.6m) who is given just a 23.1% probability of scoring against Liverpool. Given Liverpool’s current defensive frailties and Barnes’ current form – he has 12 goals in his last 18 Premier League matches – this seems a slightly low projection.