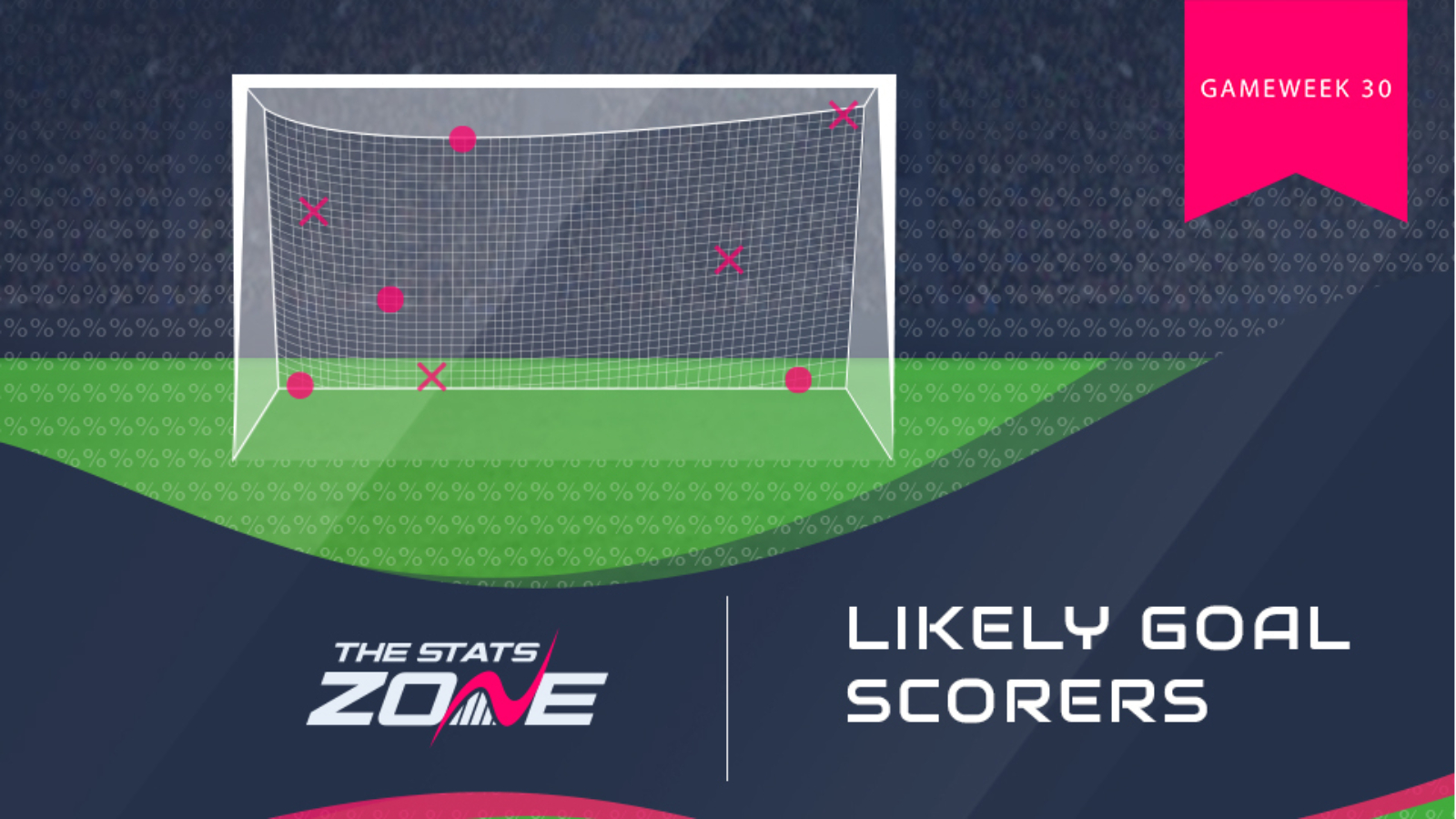 Ahead of GW30, we take a look at which players have the best chance of scoring in the upcoming fixtures. 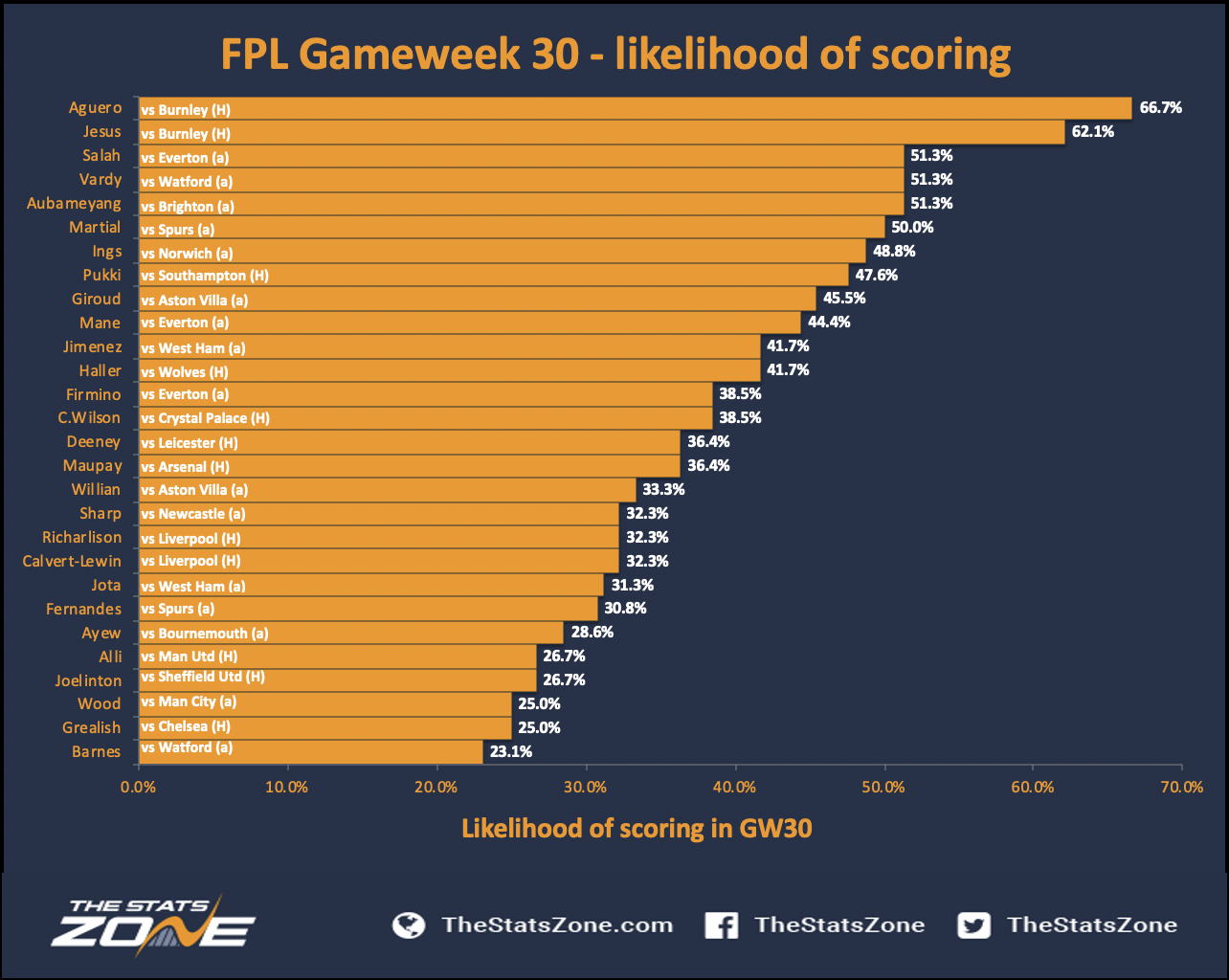 Two Man City forwards top the list of players most likely to find the net in Gameweek 30. Leading the charts is Sergio Aguero (£11.9m), with a 66.7% chance of scoring at home to Burnley. Aguero has 16 Premier League goals so far this season, but hasn't scored in his last four Premier League games. He'll be looking to put that right against a Burnley side City put four goals past in the reverse fixture. Scoring twice in that 1-4 win at Turf Moor was the player second on the list, Aguero's teammate Gabriel Jesus (£9.5m). The Brazilian is projected at 62.1% to score this weekend and last found the net for City in Gameweek 27, scoring the winner off the bench in a narrow 0-1 victory away at Leicester.

Behind the two Man City strikers are three players all afforded a 51.3% chance of scoring in Gameweek 30: Liverpool's Mo Salah (£12.7m), who has scored five goals in his last six Premier Leagues and faces bitter rivals Everton at Goodison Park, Jamie Vardy (£9.6m), who returned from injury in Gameweek 29 by bagging a brace off the bench for Leicester in their 4-0 thumping on Aston Villa, and Pierre-Emerick Aubameyang (£11.1m) of Arsenal, who despite not scoring last weekend against West Ham, has three goals in his last three league games and 17 for the season so far.