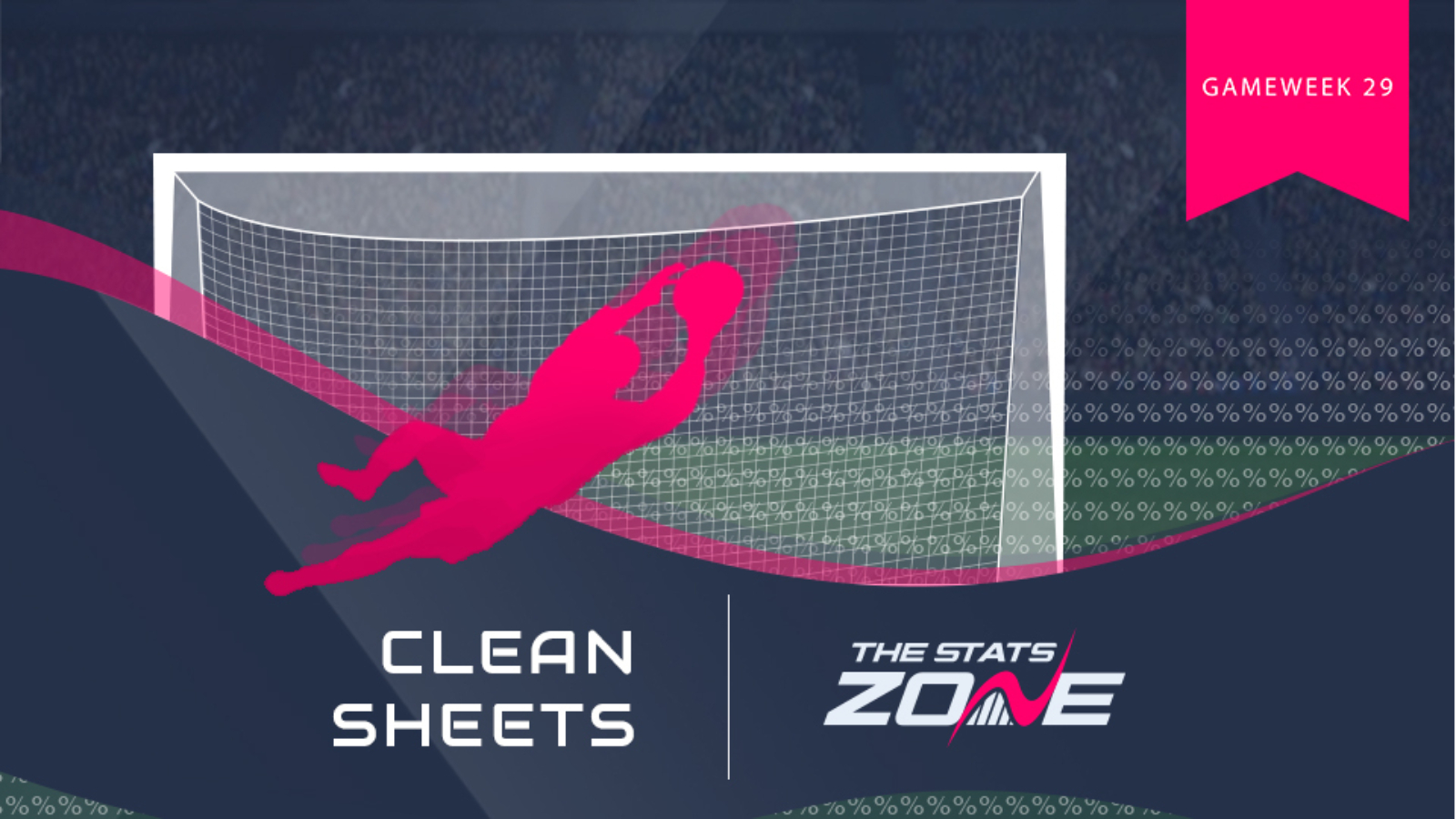 Ahead of GW29, we take a look at which players have the best chance of keeping a clean sheet in the upcoming fixtures. 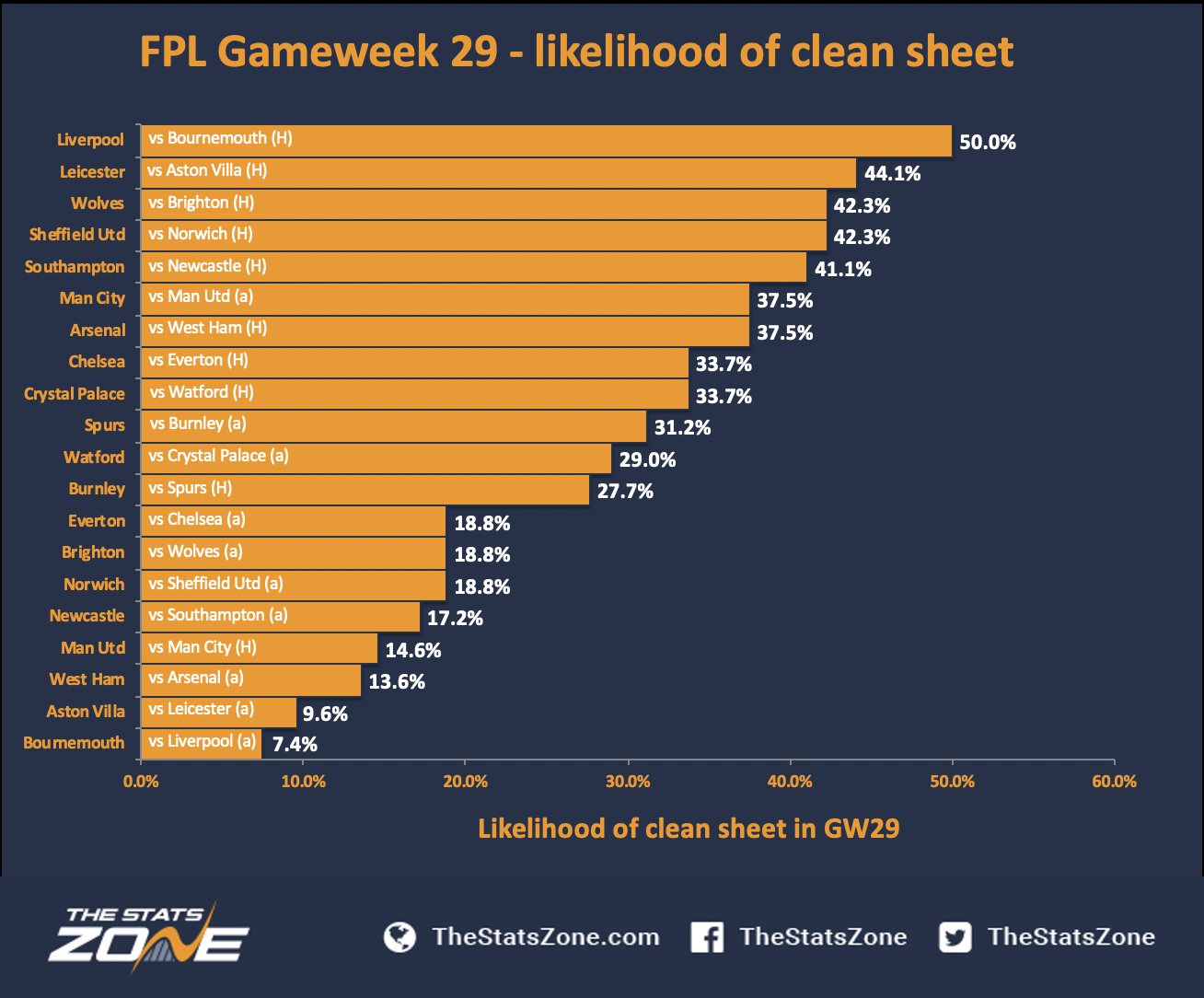 Despite having not kept a clean sheet in their last two league matches, it is still somewhat unsurprising to see Liverpool projected as the Premier League team most likely to not concede in Gameweek 29. The Reds host Bournemouth a week after suffering their first defeat of the league season away at Watford. Despite that, Liverpool have still kept ten clean sheets in their last 13 Premier League games and when you take the attacking threat of Trent Alexander-Arnold (£7.8m), Andrew Robertson (£7.0m) and Virgil van Dijk (£6.6m) into account, all three still look like excellent value heading into Gameweek 29 with the league leaders given a 50% chance of shutting out the Cherries.

Below Liverpool come Leicester, who are afforded a 44.1% chance of keeping a clean sheet at home to Aston Villa. This brings into play the likes of full-backs Ricardo Pereira (£6.3m) and Ben Chilwell (£5.6m), who are shrewd FPL options heading into Gameweek 29 with both providing an additional threat going forward, having each picked up five attacking returns over the course of the season. Behind them come Wolves and Sheffield Utd, with both projected a 42.3% chance of keeping a clean sheet against Brighton and Norwich respectively. A special mention here must go to Wolves defender Matt Doherty (£6.2m). The right-back has registered two assists and a goal and his last two Premier League games and proven extremely lucrative to his FPL owners in Gameweek 29.