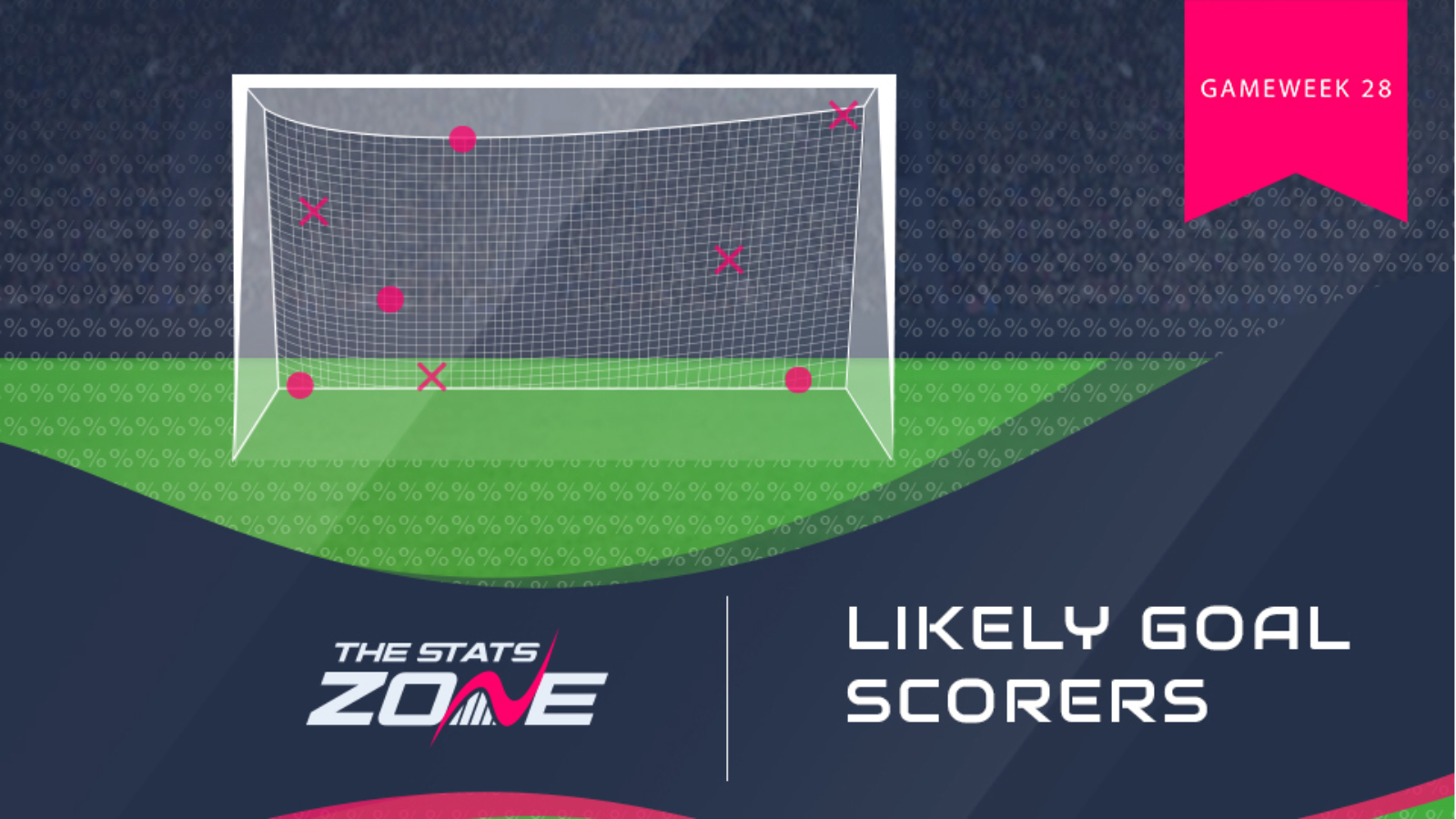 Ahead of GW28, we take a look at which players have the best chance of scoring in the upcoming fixtures. 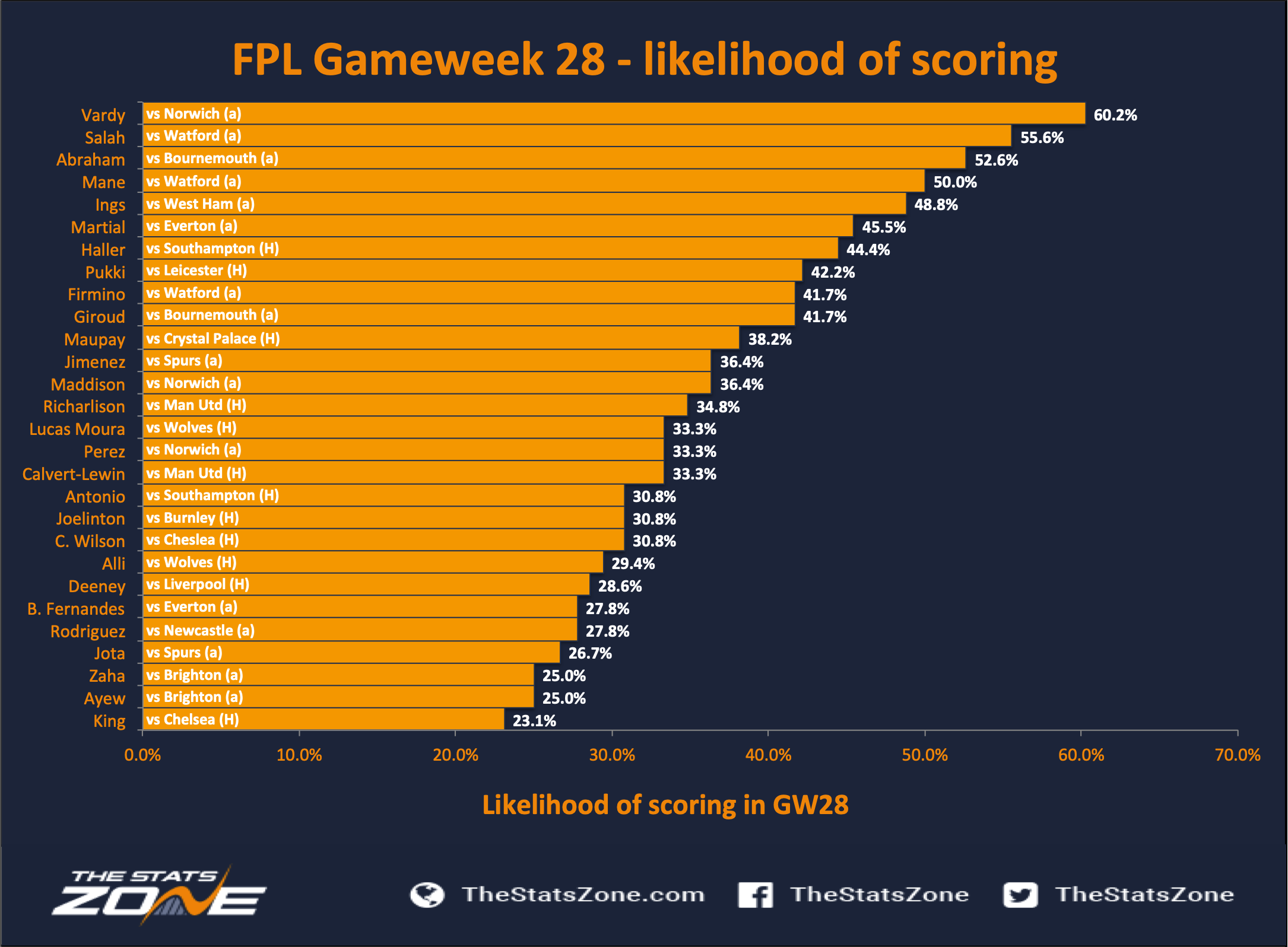 Despite not scoring since GW18, it is Leicester's Jamie Vardy (£9.7m) who tops the most probable goalscorers for GW28. A trip to Norwich offers an excellent opportunity for Vardy to get back amongst the goals as, despite being no pushovers, the Canaries have kept just one clean sheet in front of their own fans all season. Also, despite not scoring, it isn't as if Vardy is going chanceless in matches. Four big chances missed, along with three supplied in the last six gameweeks speak of a man who is at least getting into the right positions, even if the goals aren’t there to show for it.

Behind Vardy comes Liverpool's attacking wingers, Mo Salah (£12.8m) and Sadio Mane (£12.3m), along with Chelsea's fit-again striker Tammy Abraham (£7.6m). Another gameweek bought another goal for each of Salah and Mane, who seem once again set to battle for the league's Golden Boot award. Mane has now netted two in two since his return from injury, while Salah has six goals in his last eight league appearances. They both love a match against Watford as well. Mane has scored five in six Liverpool appearances against the Hornets, while Salah has only ever failed to find the net once when playing Saturday's opponents. The Egyptian also had that memorable four-goal haul back in the 2017-18 season.