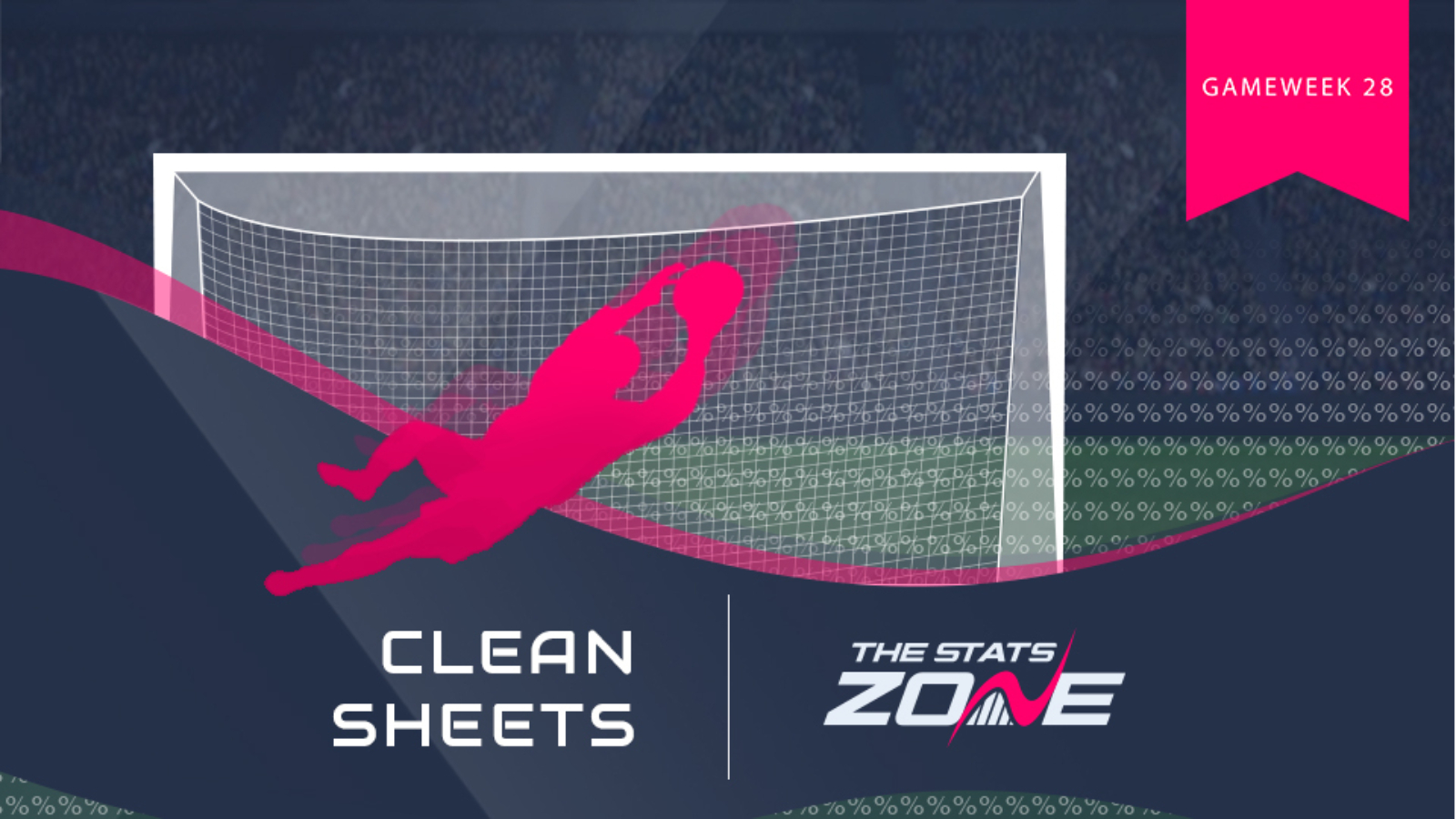 Ahead of GW28, we take a look at which players have the best chance of keeping a clean sheet in the upcoming fixtures. 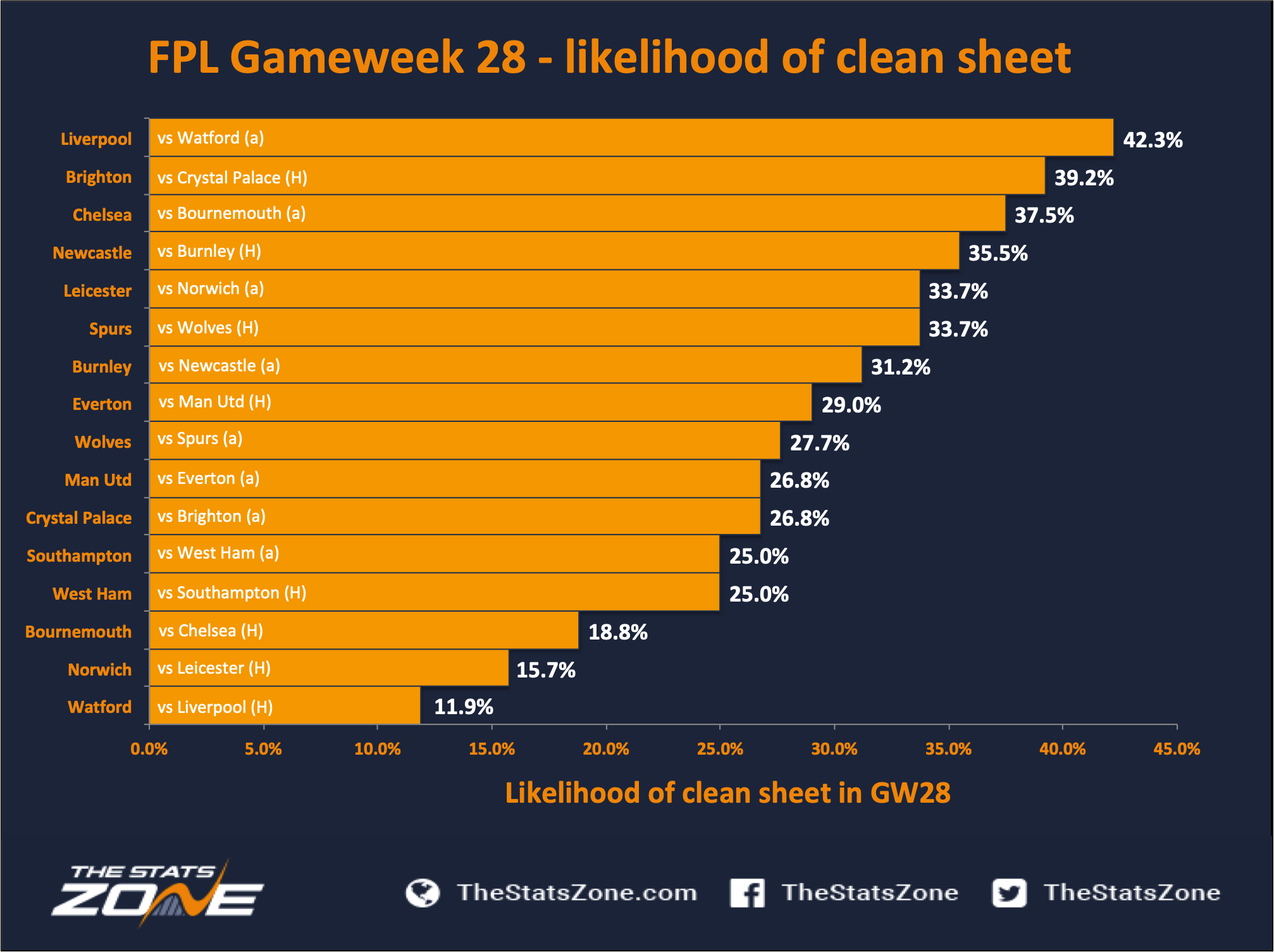 In a gameweek that sees Arsenal, Man City, Aston Villa and Sheffield Utd out of Premier League action, it is perhaps little surprise to see Liverpool sit atop the table of teams most likely to keep a clean sheet in GW28. Despite conceding two to West Ham last time out, the champions-elect still boast the best defensive record in the league having conceded just 17 goals this Premier League season. With a settled back five of Alisson (£6.1m), Trent Alexander-Arnold (£7.7m), Virgil van Dijk (£6.6m), Andrew Robertson (£7.0m) and Joe Gomez (£5.3m), there's a little something for everyone when it comes to selecting a Liverpool asset. It is hard to look past the value of Alexander-Arnold though. Another two assists at the weekend brought his tally to 14 for the season and Liverpool's right-back now sits as the current third highest FPL scorer. Furthermore, it has been 10 gameweeks since he last secured fewer than 6 FPL points, making him the most reliable points-getter in the game.

Behind Liverpool come Brighton and Chelsea, who are given a 39.2% and 37.5% probability of keeping a clean sheet respectively. Already with five goals and four assists for the season, Brighton's Lewis Dunk (£4.8m) and Adam Webster (£4.4m) offer goal threat to go with their clean sheet potential. Crystal Palace have struggled recently in front of goal, having found the net just twice in their last four league matches. From Chelsea, Marcos Alonso (£5.8m) looks to have forced himself back into the first team. Owned by just 2.3% of FPL managers, the Chelsea left-back offers serious differential value, particularly when looking at his record when starting this season. Eight starts have led to two goals, three assists and 54 points. That's an average of 6.75 points per app. He's also only blanked once in those eight matches.