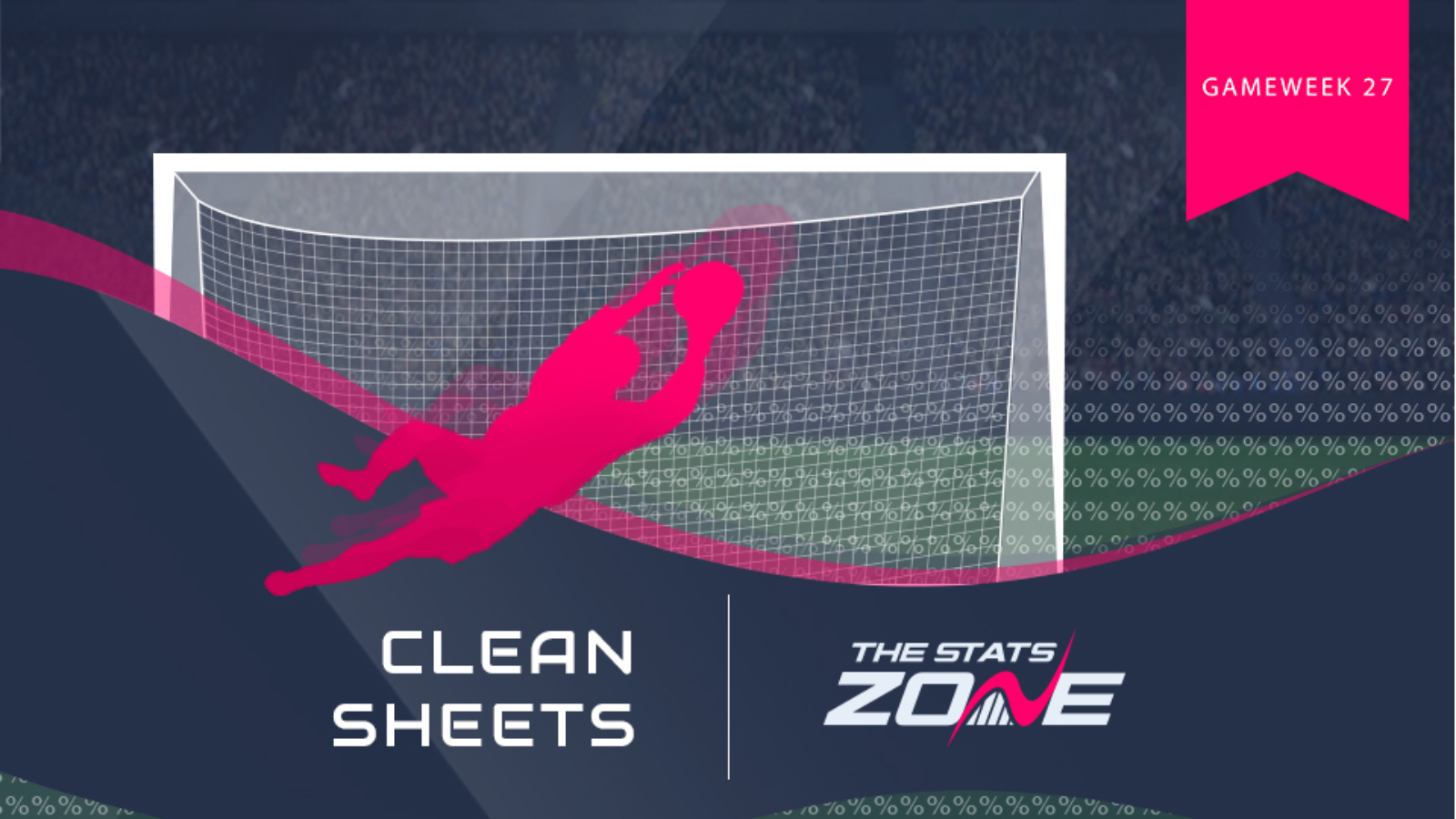 Ahead of GW27, we take a look at which players have the best chance of keeping a clean sheet in the upcoming fixtures. 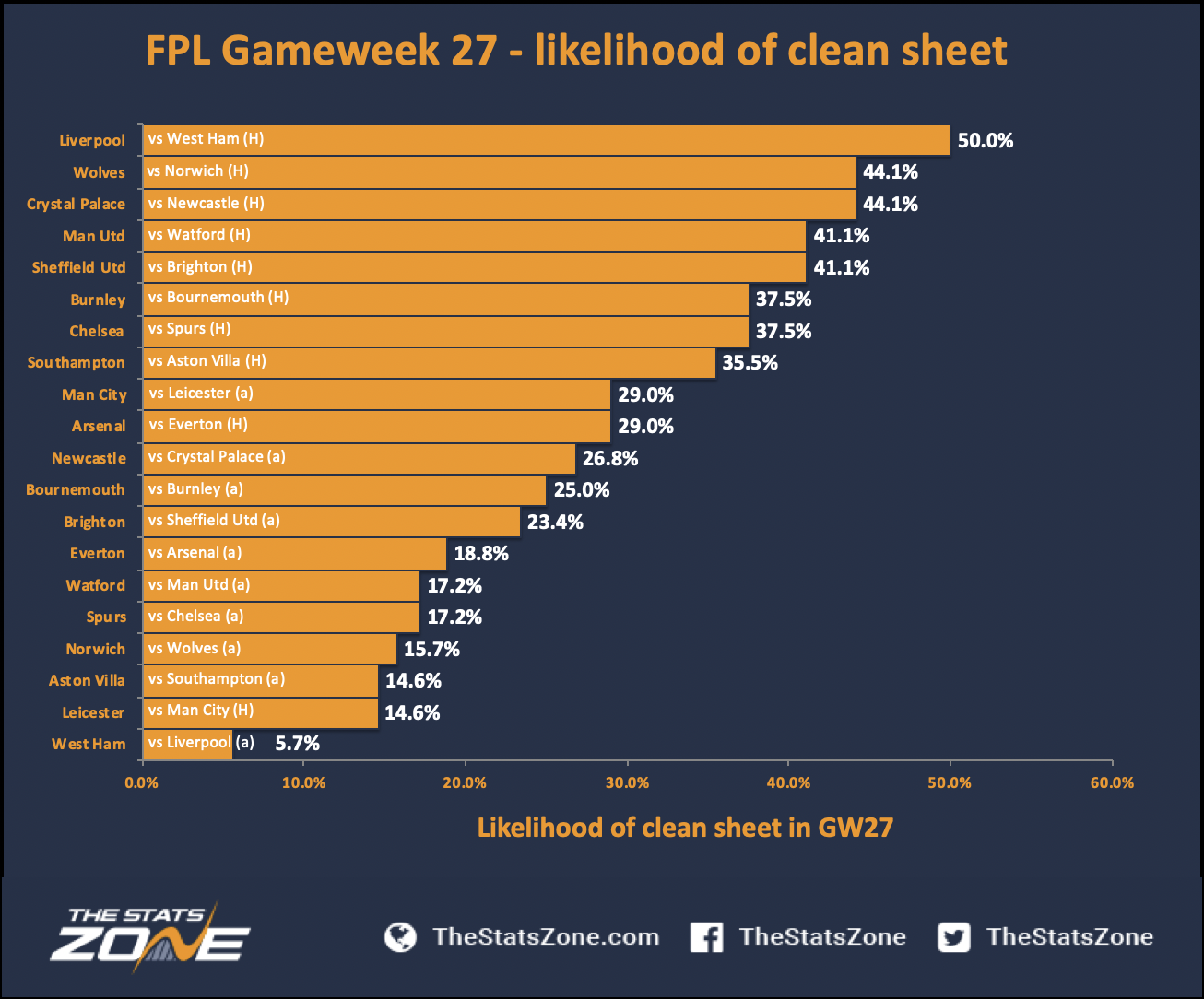 Gameweek 27 unsurprisingly sees league-leaders Liverpool projected to have the highest chance of keeping a clean sheet (50.0%). The Reds host West Ham off the back of keeping 10 clean sheets in their last 11 Premier League matches and they have already shut the Hammers out once this season. Any Liverpool defensive asset would prove a worthwhile FPL investment. Whilst all provide the possibility of a clean sheet, Trent Alexander-Arnold (£7.7m) brings a threat from his set-pieces and Virgil van Dijk (£6.5m) brings a threat from his aerial presence from those set-pieces. Andrew Robertson (£7.0m) continues to attack down the left hand side at every opportunity, whilst goalkeeper Alisson (£6.1m) brings his save points to the table. Don't write off Joe Gomez (£5.3m) either, who is the cheapest option and accrued 8 FPL points in Liverpool's 0-1 win away at Norwich in Gameweek 26, after earning two bonus points.

Sitting behind the Reds are both Wolves and Crystal Palace, with each afforded a 44.1% chance of keeping a clean sheet against Norwich and Newcastle respectively. Wolves have been boosted recently by the return of central defender Willy Boly (£4.7m) from injury, which has coincided with them keeping two clean sheets from their last two league games. Wolves have not conceded in five of the 11 Premier League games that Boly has featured in this season. This also leads Matt Doherty (£6.1m) to be worth considering, with the attacking full-back offering offensive capabilities that could lead to additional FPL points. Crystal Palace, meanwhile, face a Newcastle side who have failed to score in their last two Premier League matches. Left-back Patrick van Aanholt (£5.5m) has recently made his own return from injury and could prove a shrewd acquisition for any FPL managers looking at Crystal Palace defensive cover. Goalkeeper Vicente Guaita (£5.1m) also offers good value, having made 16 registered saves in the last four gameweeks.