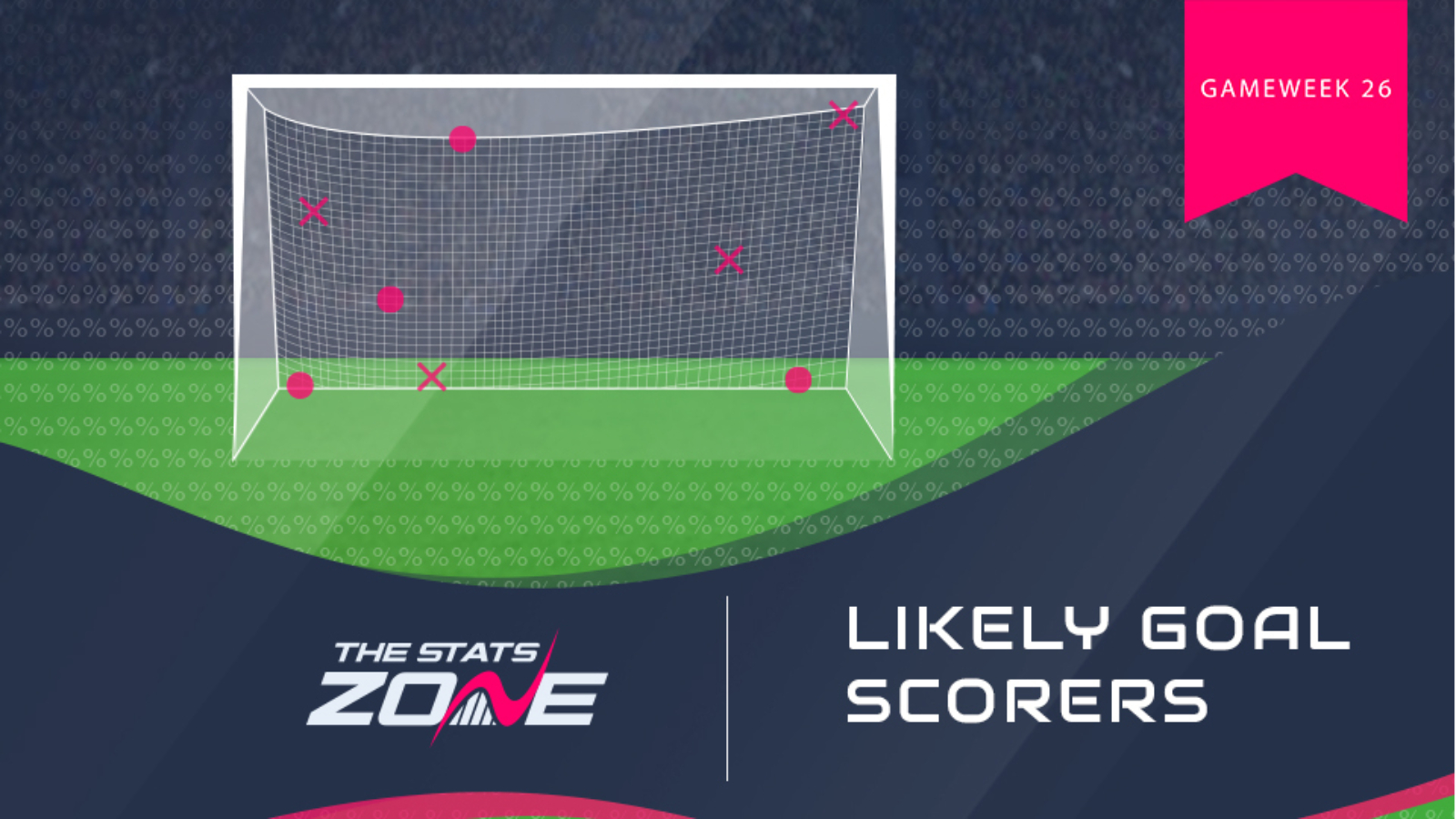 Ahead of GW26, we take a look at which players have the best chance of scoring in the upcoming fixtures. 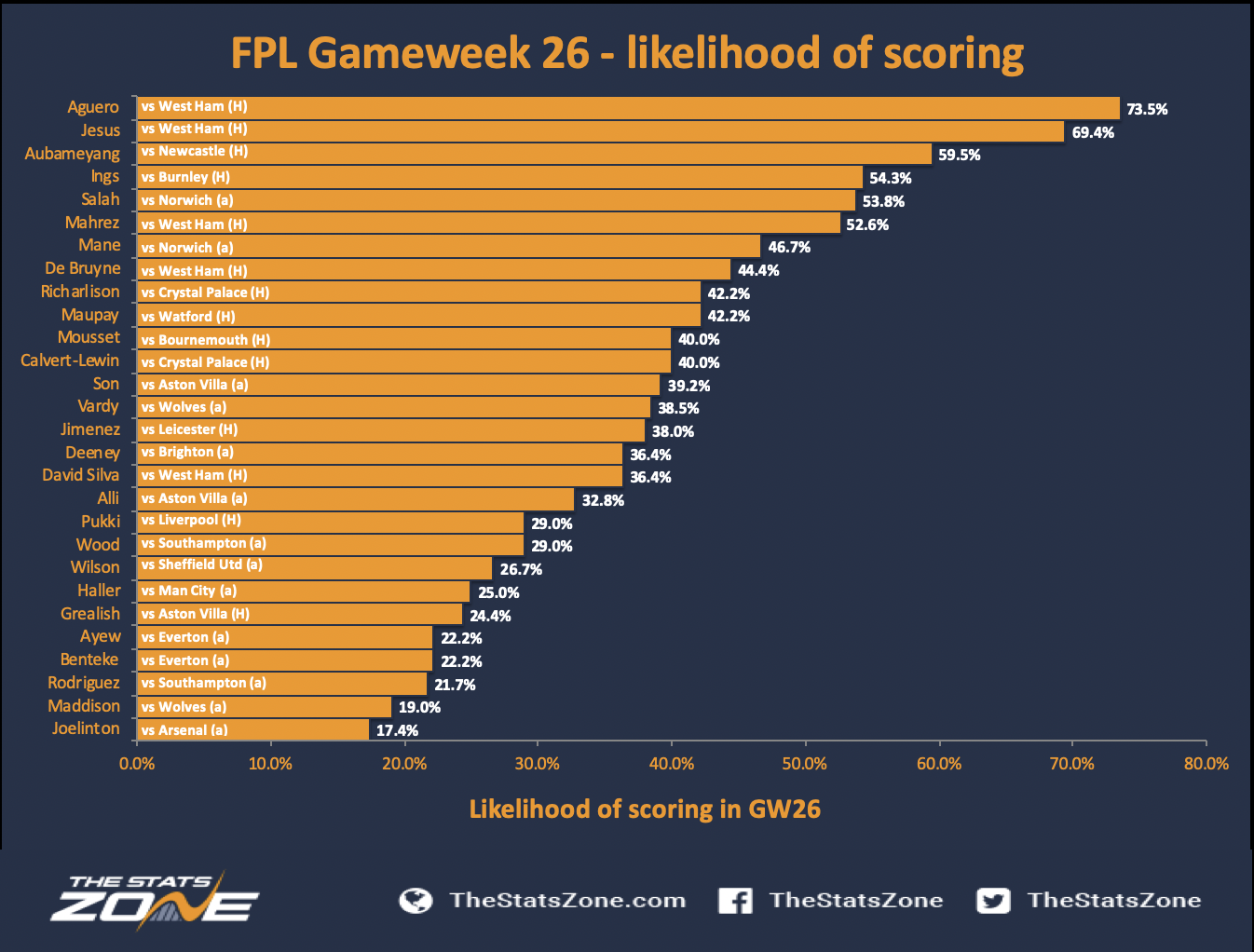 It probably comes as no surprise to many that topping the likely goalscorer charts for Gameweek 26 is Man City forward Sergio Aguero (£12.0m). The mercurial Argentinian has scored seven goals in his last five Premier League appearances and is rated as a 73.5% chance of finding the net in a home fixture against a West Ham side who have conceded nine goals in their last three Premier League games. Man City have historically bounced back strongly following league defeats; earlier in the season they defeated Watford 8-0 at the Etihad Stadium, the week after losing away to Norwich, so with West Ham the visitors following last week's 2-0 loss away at Spurs, City look set to take out their frustrations on the Hammers.

Closely following Aguero in the charts is teammate Gabriel Jesus (£9.5m). The Brazilian bagged a brace in his last home league start back in Gameweek 21 and could be set to line up alongside Aguero in Gameweek 26. Last time the two started together in the Premier League, Man City thrashed Aston Villa 1-6 at Villa Park. Jesus is afforded a 69.4% chance of scoring. Rounding off the top three this week is Arsenal captain Pierre-Emerick Aubameyang (£10.8m). The Gabonese forward returned from suspension in Gameweek 25 against Burnley and despite failing to score, was afforded multiple opportunities to get onto the scoresheet. Aubameyang will be looking to put his rustiness in front of goal behind him at the Emirates and is given a 59.5% chance of finding the net in Gameweek 26 at home to a Newcastle side who have conceded seven goals in their last three Premier League games away from home.