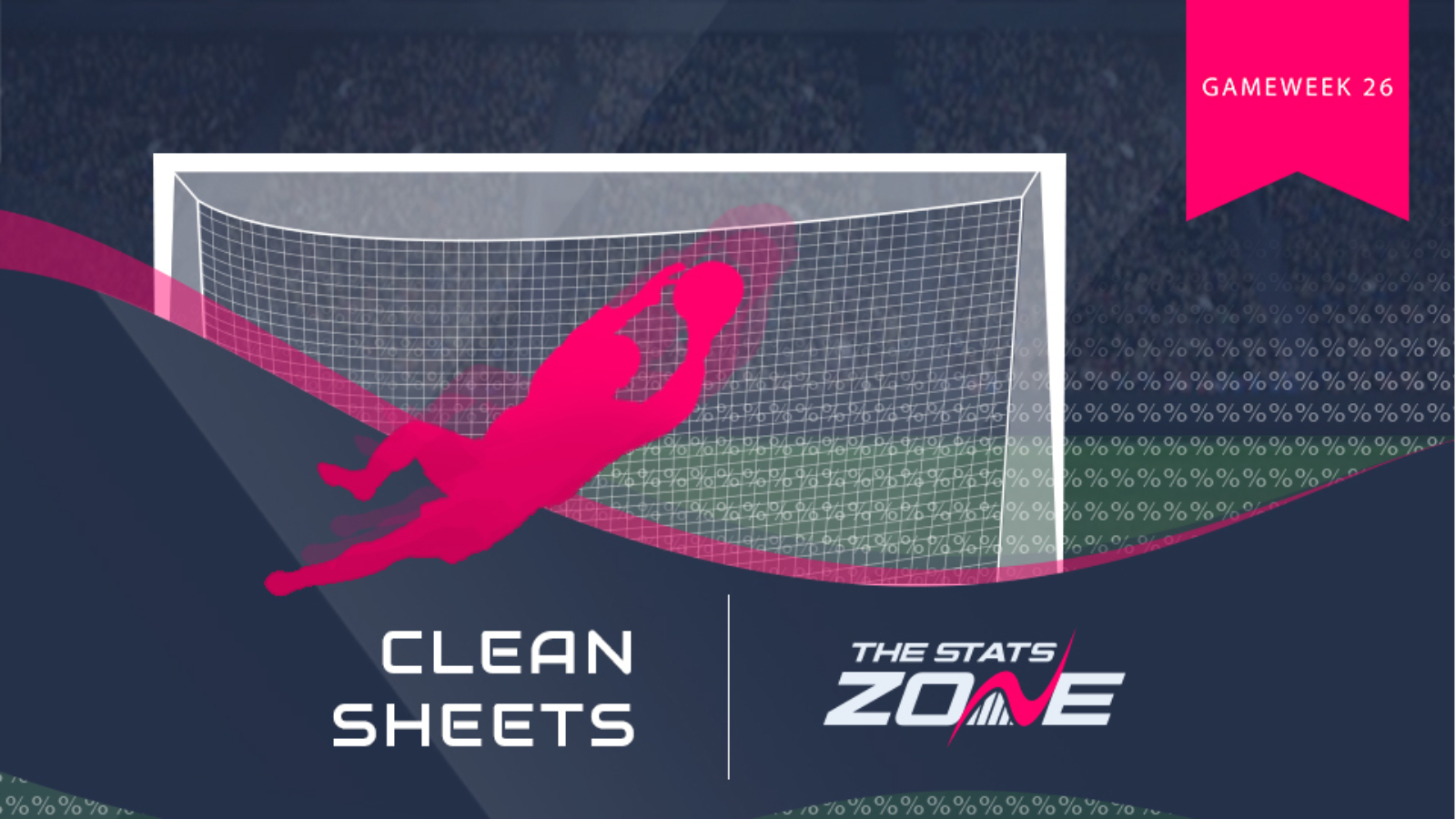 Ahead of GW26, we take a look at which players have the best chance of keeping a clean sheet in the upcoming fixtures. 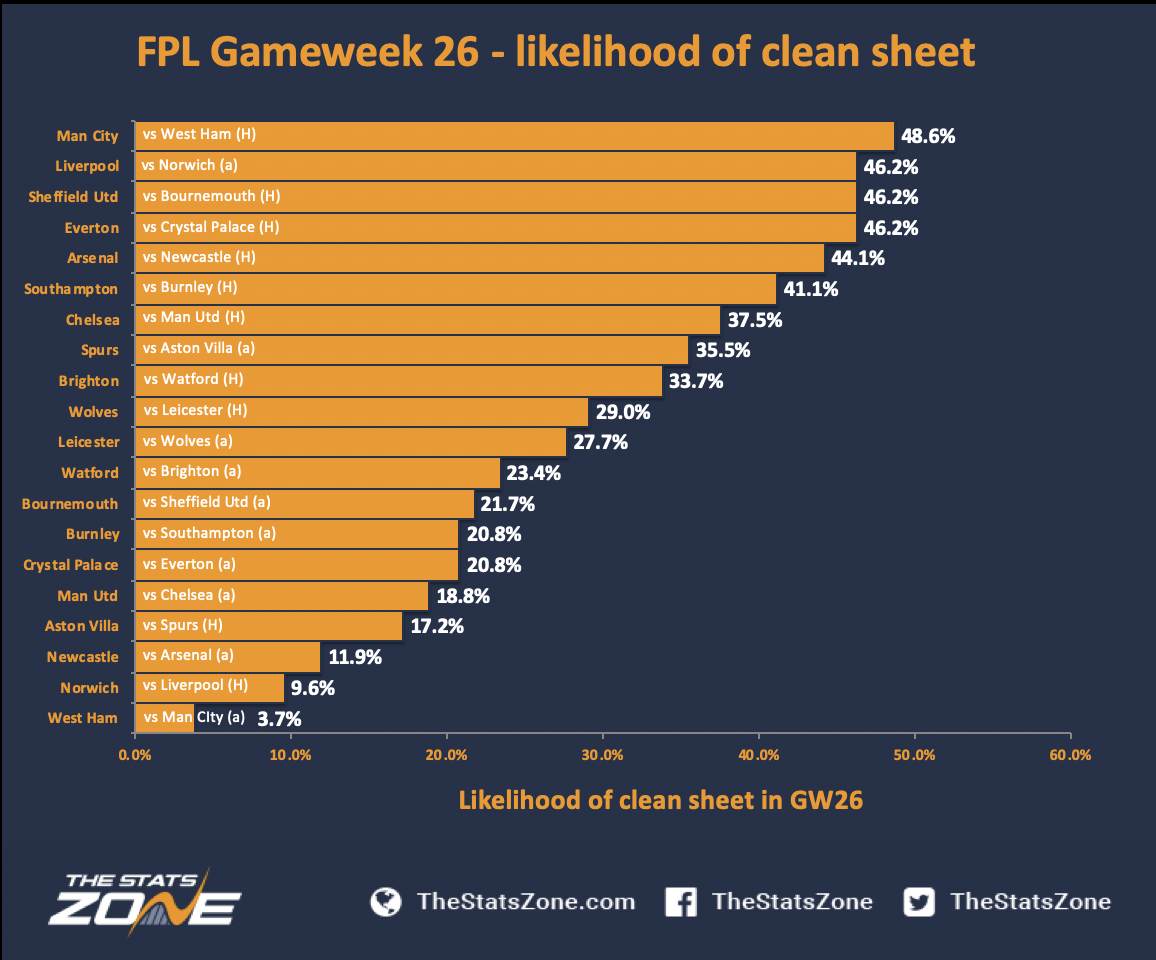 Gameweek 26 sees Man City projected to have the highest chance of keeping a clean sheet (48.6%). The Citizens host West Ham at the Etihad Stadium and whilst it is always difficult to judge which outfield players manager Pep Guardiola will start in any given fixture, goalkeeper Ederson (£6.0m) is always in-line to play. With Oleksandr Zinchenko (£5.2m) sent off against Spurs in Gameweek 25, this could lead to full-back Joao Cancelo (£5.2m) coming into the starting up and he would offer great value both in terms of clean sheet potential and going forward.

Sitting behind Man City in the clean sheet projections this week are three teams all with a 46.2% chance of shutting out their opponents. Unsurprisingly, one of those sides are Liverpool, who travel to Norwich looking for their 10th clean sheet in 11 Premier League matches. Sheffield Utd join them on 46.2% with the Blades having kept nine clean sheets already this season. Goalkeeper Dean Henderson (£5.1m) has particularly impressed, having accrued 30 FPL points in his last four gameweeks. They host Bournemouth in Gameweek 26, who have failed to score in their last three Premier League away games. Completing the trio is Everton, who welcome Crystal Palace to Goodison Park. The Toffees' defence is perhaps the least owned defence of all the clubs highlighted above, which means that bringing any of them in could prove a shrewd differential. Full-backs Lucas Digne (£5.8m) and Djibril Sidibe (£5.4m) provide an additional forward threat, as does centre-back Yerry Mina (£5.3m), who scored twice in Everton's 2-3 win over Watford in Gameweek 25.