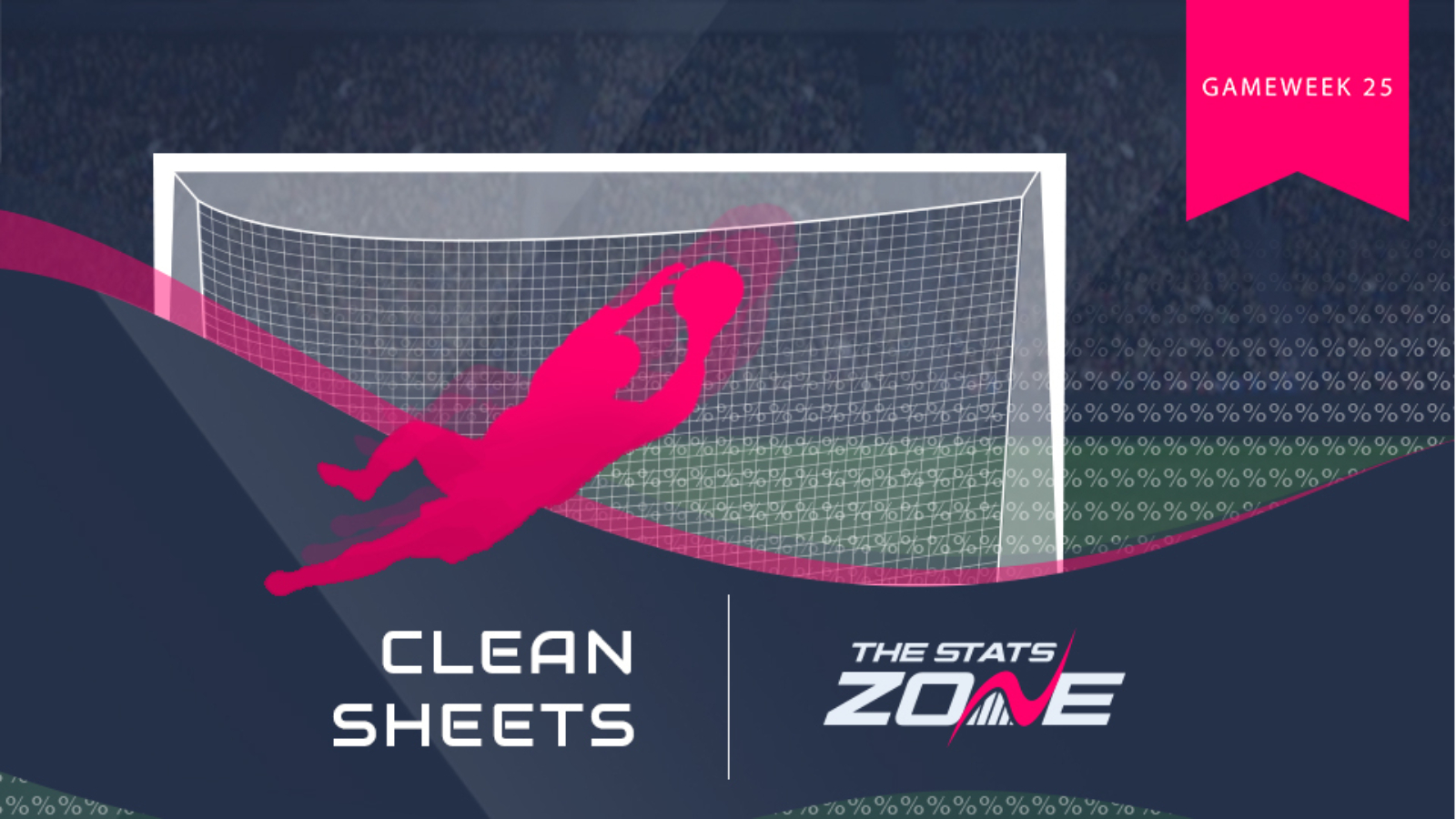 Ahead of GW25, we take a look at which players have the best chance of keeping a clean sheet in the upcoming fixtures. 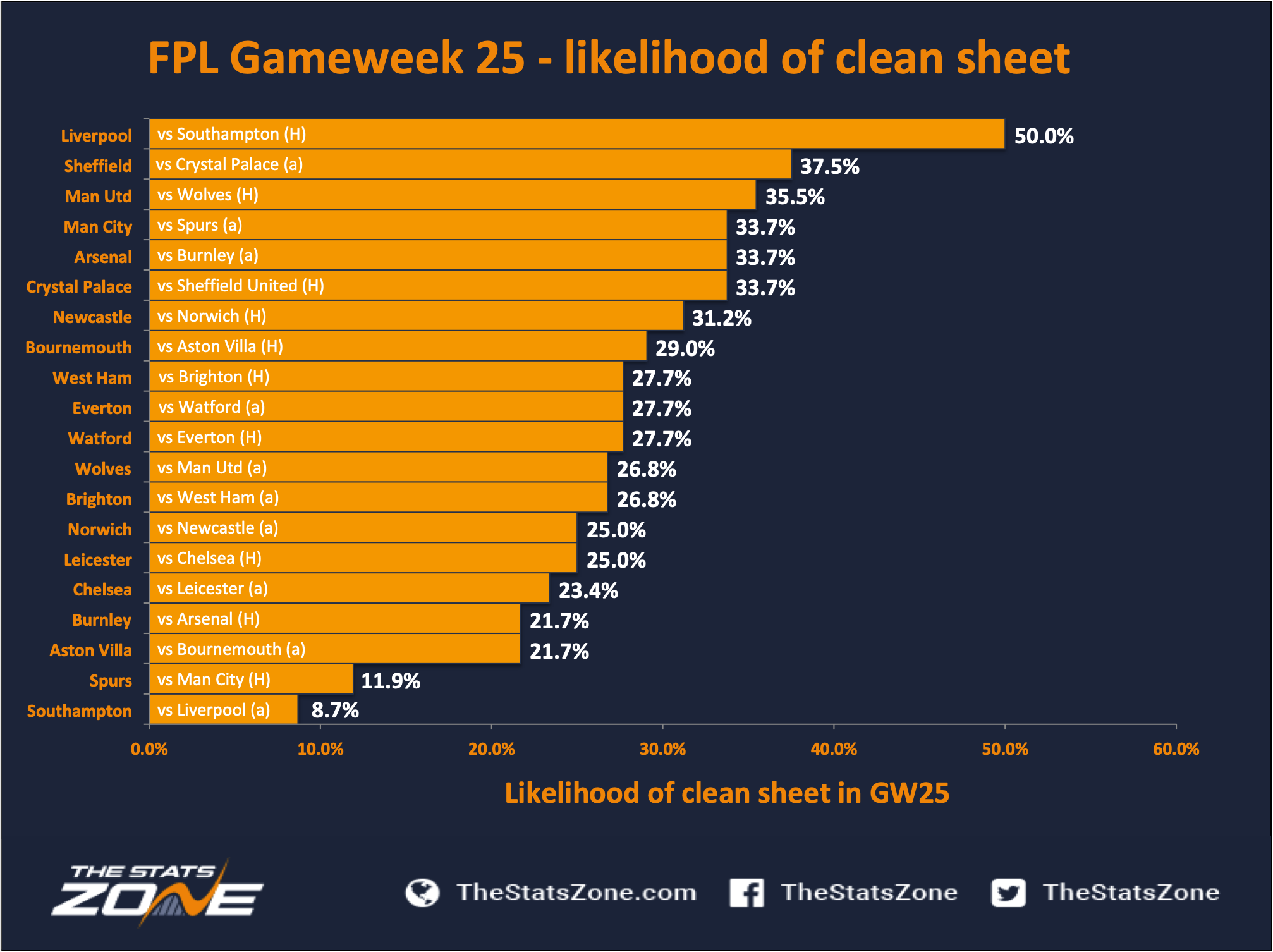 With a Premier League high of 10 clean sheets, it is little surprise to see that Liverpool are projected to have the best chance of keeping their opponents scoreless in Gameweek 25. They host Southampton at Anfield and although the in-form visitors are capable of causing the league leaders some problems, it will take a big effort to find a way to break down their resolute defence. Trent Alexander-Arnold (£7.6m) is the obvious choice if wanting to select a Liverpool defender for this week due to him being the highest-scoring defender on the game this season but Joe Gomez (£5.3m) represents great value if Jurgen Klopp opts against rotating his side. Gomez is cheaper than any of Liverpool’s other regular back five, including goalkeeper Alisson, and has played an integral part since he broke into the team in Gameweek 16 after allowing just one goal in nine matches since then.

Sheffield Utd sit behind Liverpool in the projections this week with a 37.5% chance of keeping a clean sheet. They have done superbly well in their first season back in the Premier League and that has largely been down to a solid defensive effort which has yielded eight clean sheets. They kept reigning champions Man City at bay for the vast majority of their clash in Gameweek 24 but succumbed to a late goal which will have been disappointing for them, but they will take plenty from that performance. Dean Henderson (£5.0m) saved a penalty in that clash and is a great option against a Crystal Palace side that have only managed 22 Premier League goals this season, with only Watford scoring fewer. George Baldock (£5.1m) may also be a good selection as he offers some offensive threat having scored two goals and assisted four so far this season to add to his eight clean sheets.