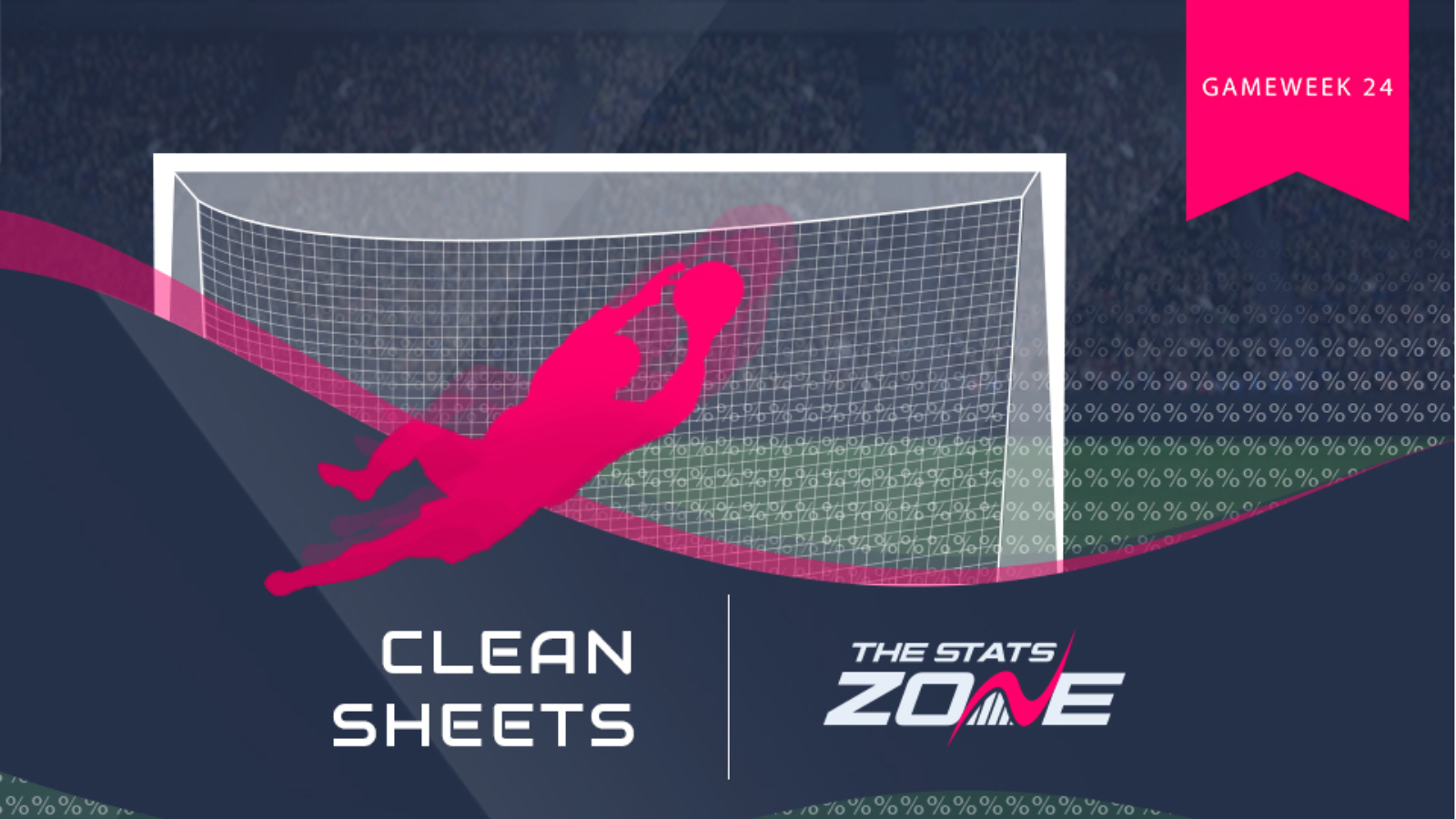 Ahead of GW24, we take a look at which players have the best chance of keeping a clean sheet in the upcoming fixtures. 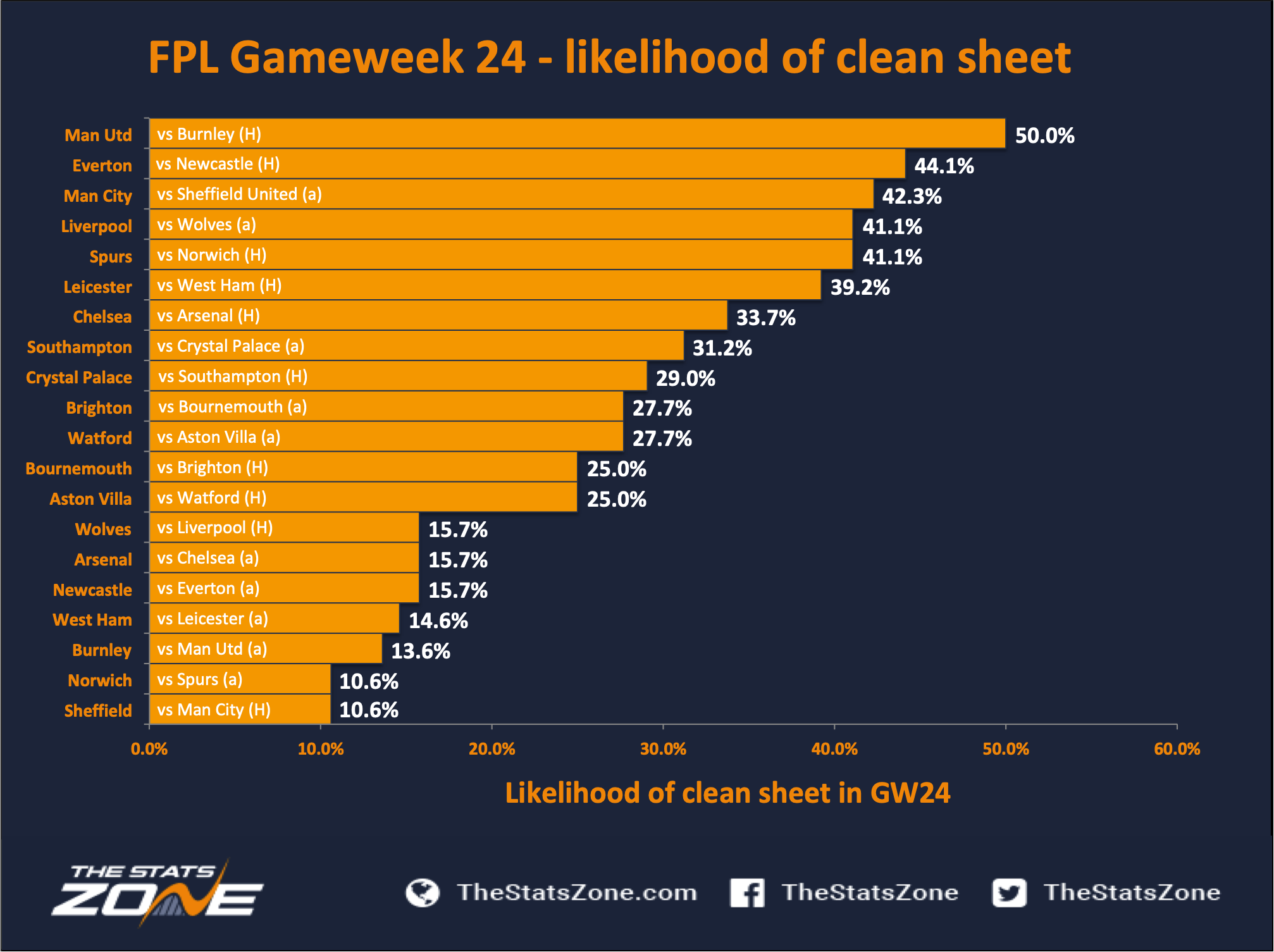 Despite only having kept four clean sheets this season, Man Utd are the side projected to have the best chance of keeping a clean sheet in Gameweek 24. The Red Devils are given a 50% likelihood of keeping a clean sheet at home to a Burnley side who have failed to score in their last two away games. Utd have already kept a clean sheet against Burnley this season, having shut the Clarets out in a 0-2 win at Turf Moor in Gameweek 20. This bodes well for owners of defenders Aaron Wan-Bissaka (£5.3m) and Harry Maguire (£5.2m), who also provide an attacking threat from down the wing and in the latter's case, on the end of set-pieces.

Second place in the projected clean sheets table is occupied by Everton, who entertain an injury-plagued Newcastle side at Goodison Park. The Toffees have only conceded three goals in five Premier League games under new manager Carlo Ancelotti and are given a 44.1% chance of claiming a third league clean sheet under the Italian. Owners of attacking full-backs Lucas Digne (£5.8m) and Djibril Sidibe (£5.4m) will be particularly enthused by this, as will those who have brought in goalkeeper Jordan Pickford (£5.3m). The England international has registered 15 saves in his last four league matches. Man City round off the top three with a 42.3% likelihood of keeping a clean sheet away at Sheffield Utd. However, investors should always be cautious when choosing which Man City assets to own due to the constant rotation enforced by manager Pep Guardiola.