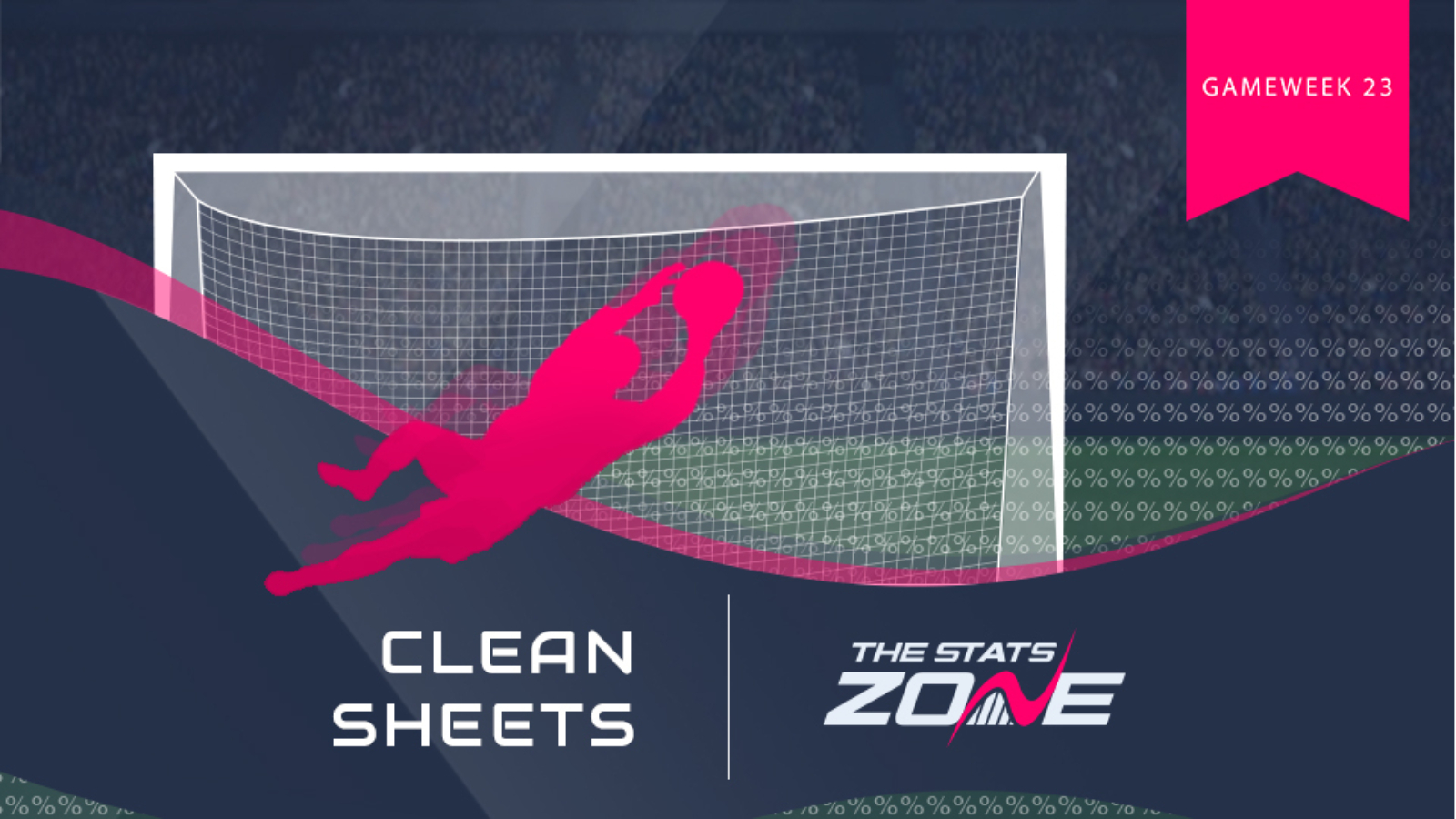 Ahead of GW23, we take a look at which players have the best chance of keeping a clean sheet in the upcoming fixtures. 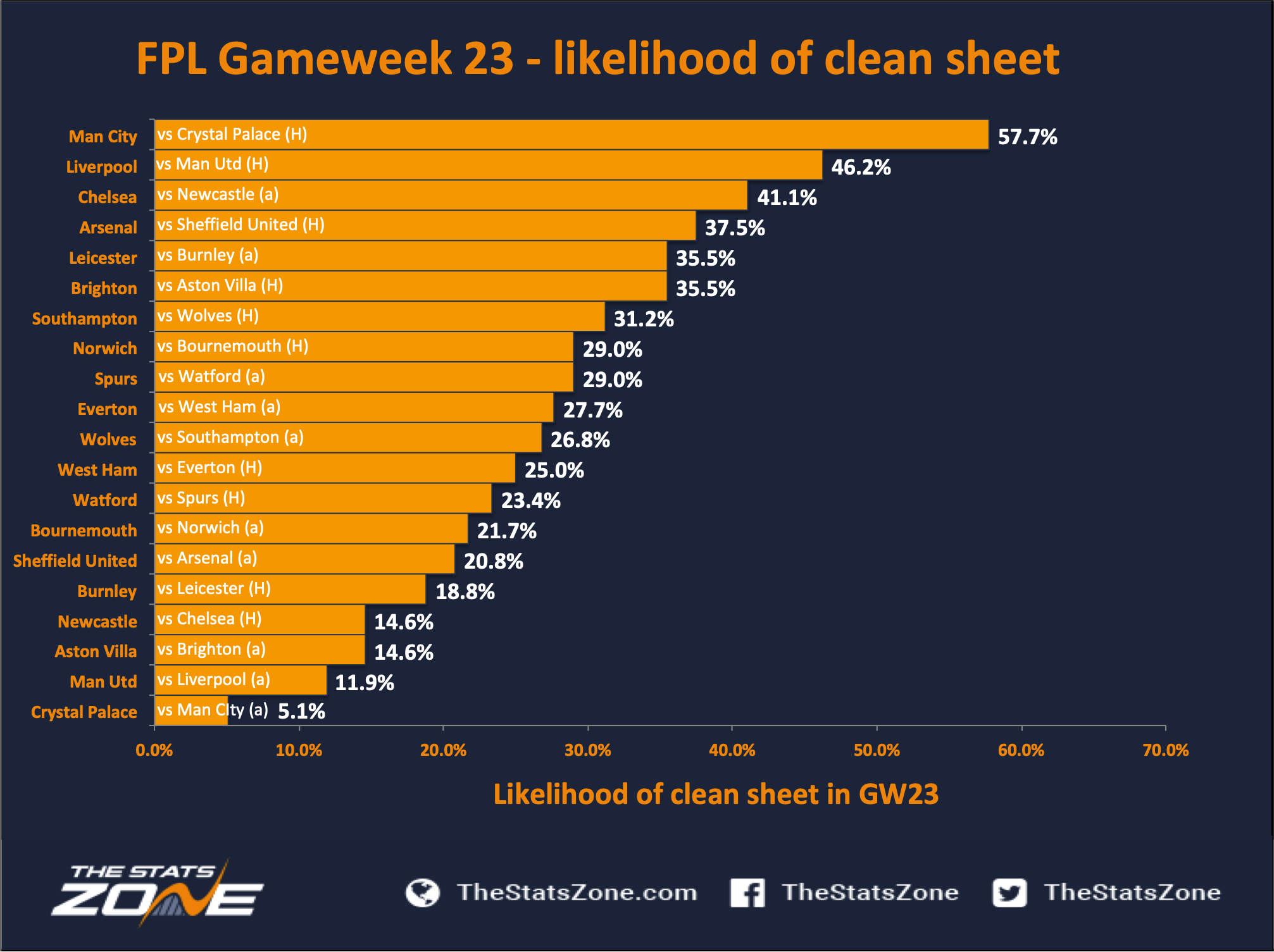 Man City have kept the second highest number of clean sheets in the Premier League so far this season and would have been level with the three teams that have kept one more than them had they not conceded a late penalty in their thumping win over Aston Villa last week. Despite that minor setback, they are deemed to have the best chance (57.7%) of keeping a clean sheet in Gameweek 23 as they host a Crystal Palace side that have scored just 20 league goals so far this season with no teams scoring fewer. That is potentially good news for Man City goalkeeper Ederson (£6.0m) who is arguably the only guaranteed starter at the back for the reigning champions although John Stones (£5.3m) started last week’s game and will hope to retain his place.

With games against Man Utd (H) and Newcastle (a), it is little surprise that Liverpool and Chelsea make up the top three in terms of likelihood to keep a clean sheet. Liverpool have kept eight clean sheets this season and are rated as a 46.2% chance to keep one again at Anfield with Trent Alexander-Arnold (£7.5m) and Andy Robertson (£7.0m) offering some attacking threat on top of their chances of keeping Man Utd at bay. Chelsea on the other hand have kept five clean sheets but earned the last of those just last week against Burnley with Reece James (£5.0m) a potentially cheap but rewarding pick-up having started his side’s last two Premier League matches.