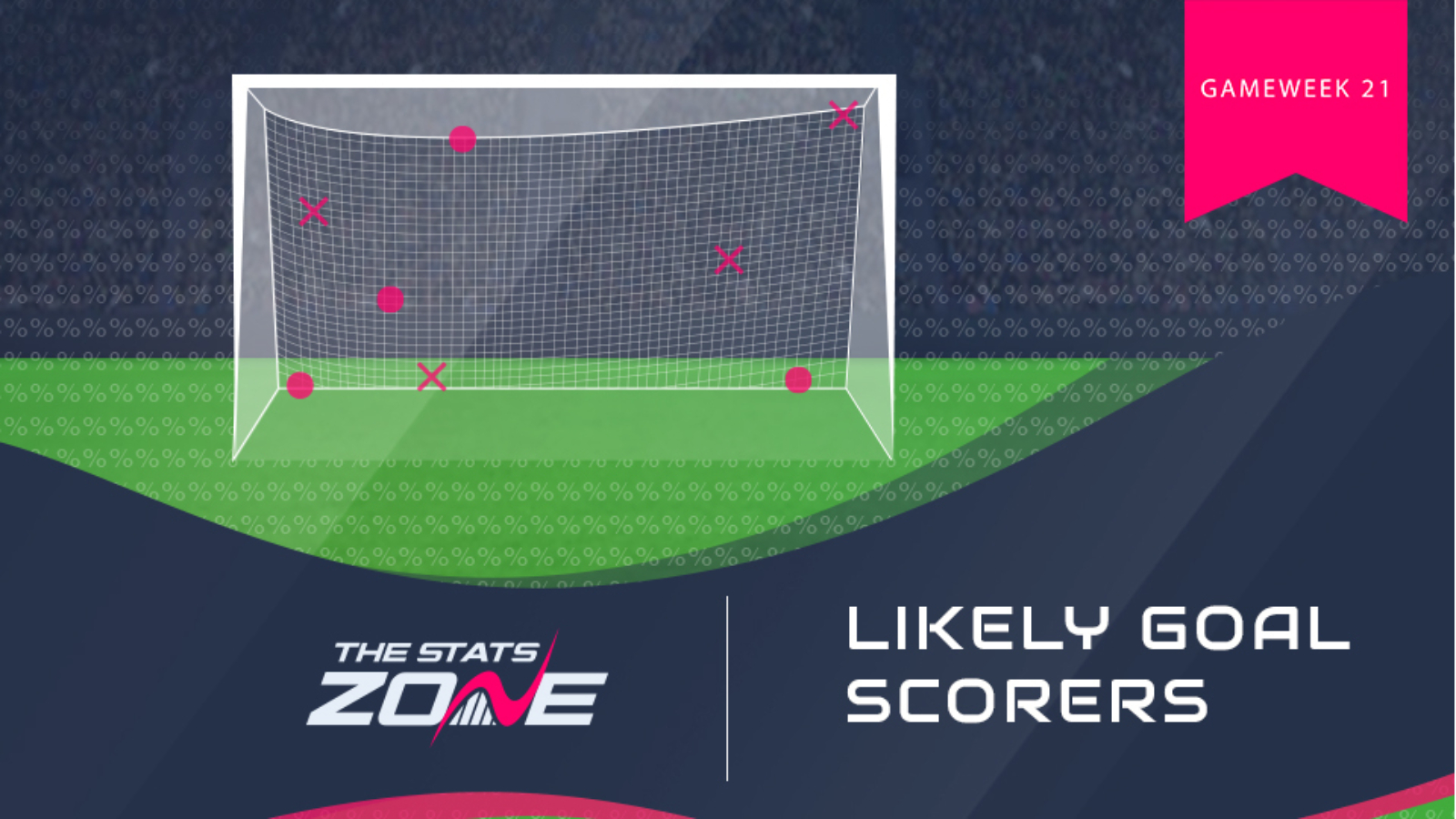 Ahead of GW21, we take a look at which players have the best chance of scoring in the upcoming fixtures. 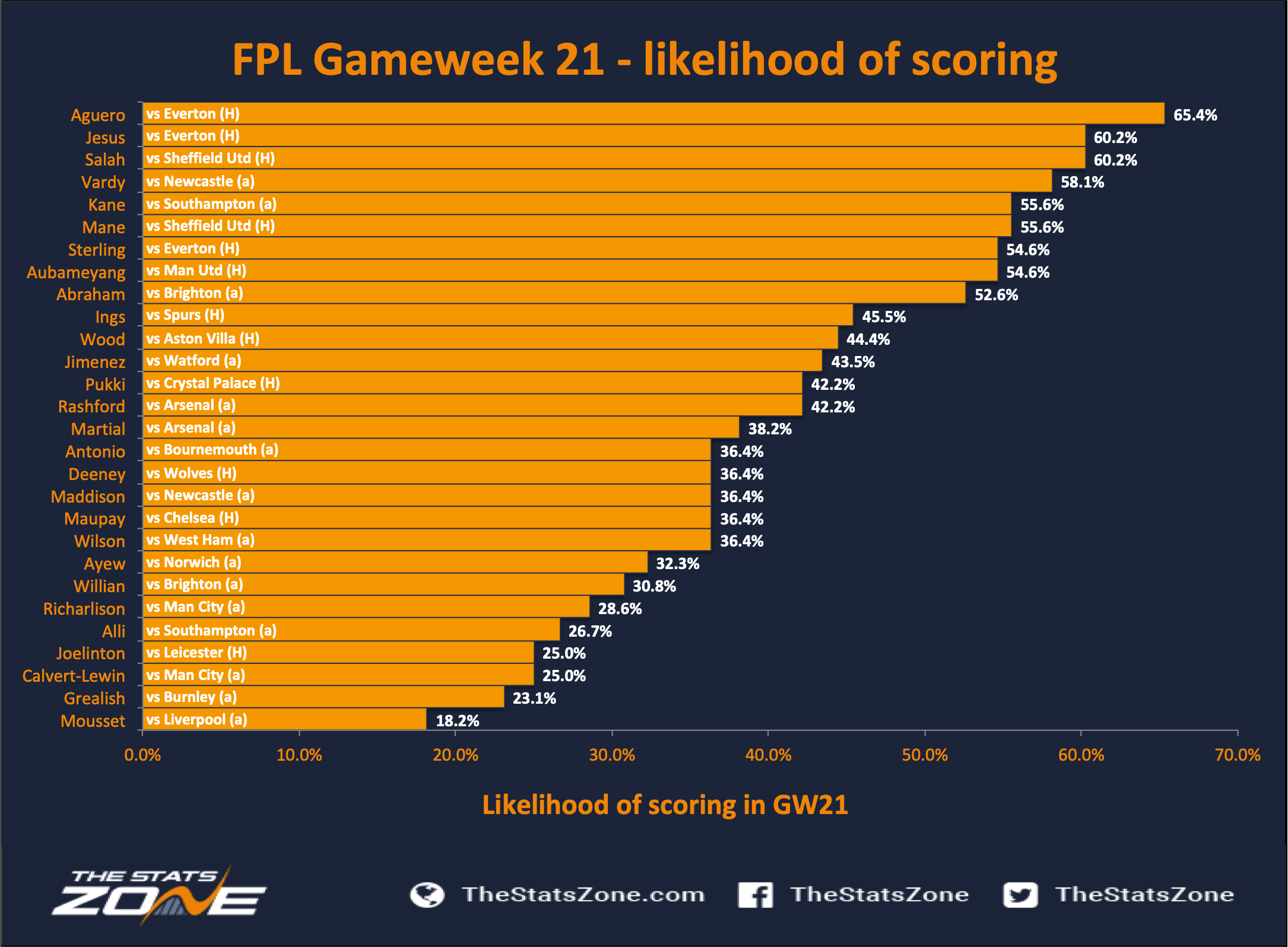 Also rated with a 60.2% chance of finding the net in Gameweek 21 is Liverpool midfielder Mo Salah (£12.3m). Salah failed to score in Gameweek 20 and will hope to rectify that against Sheffield Utd at Anfield. Leicester forward Jamie Vardy (£10.1m), is awarded a 58.1% chance of scoring away at Newcastle which puts him fourth on the list. Rounding off the top six is Spurs striker Harry Kane (£11.0m) and Liverpool midfielder Sadio Mane (£12.3m), with both players rated at a 55.6% chance of scoring in their respective Gameweek 21 fixtures.