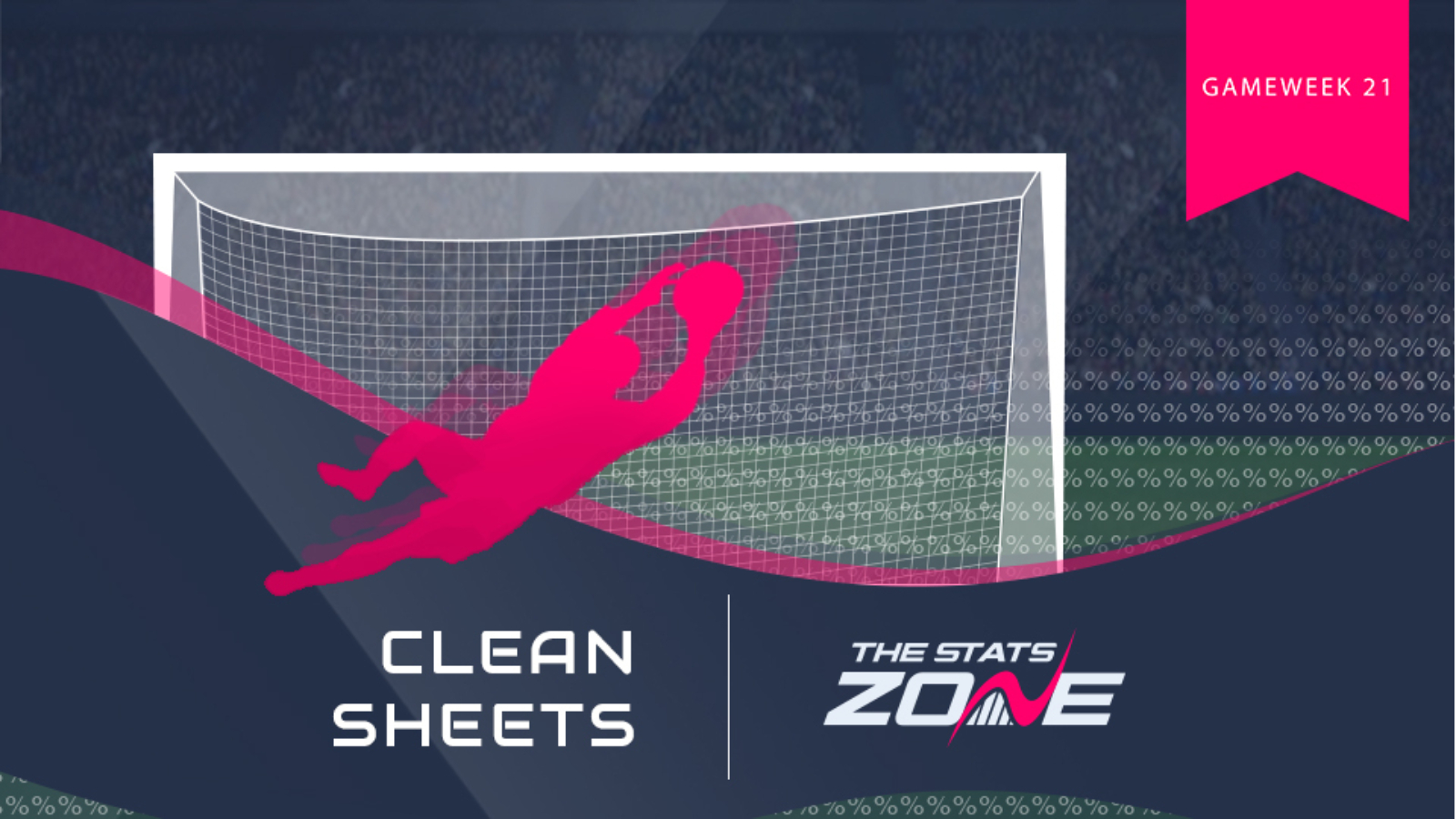 Ahead of GW21, we take a look at which teams have the best chance of keeping a clean sheet in the upcoming fixtures. 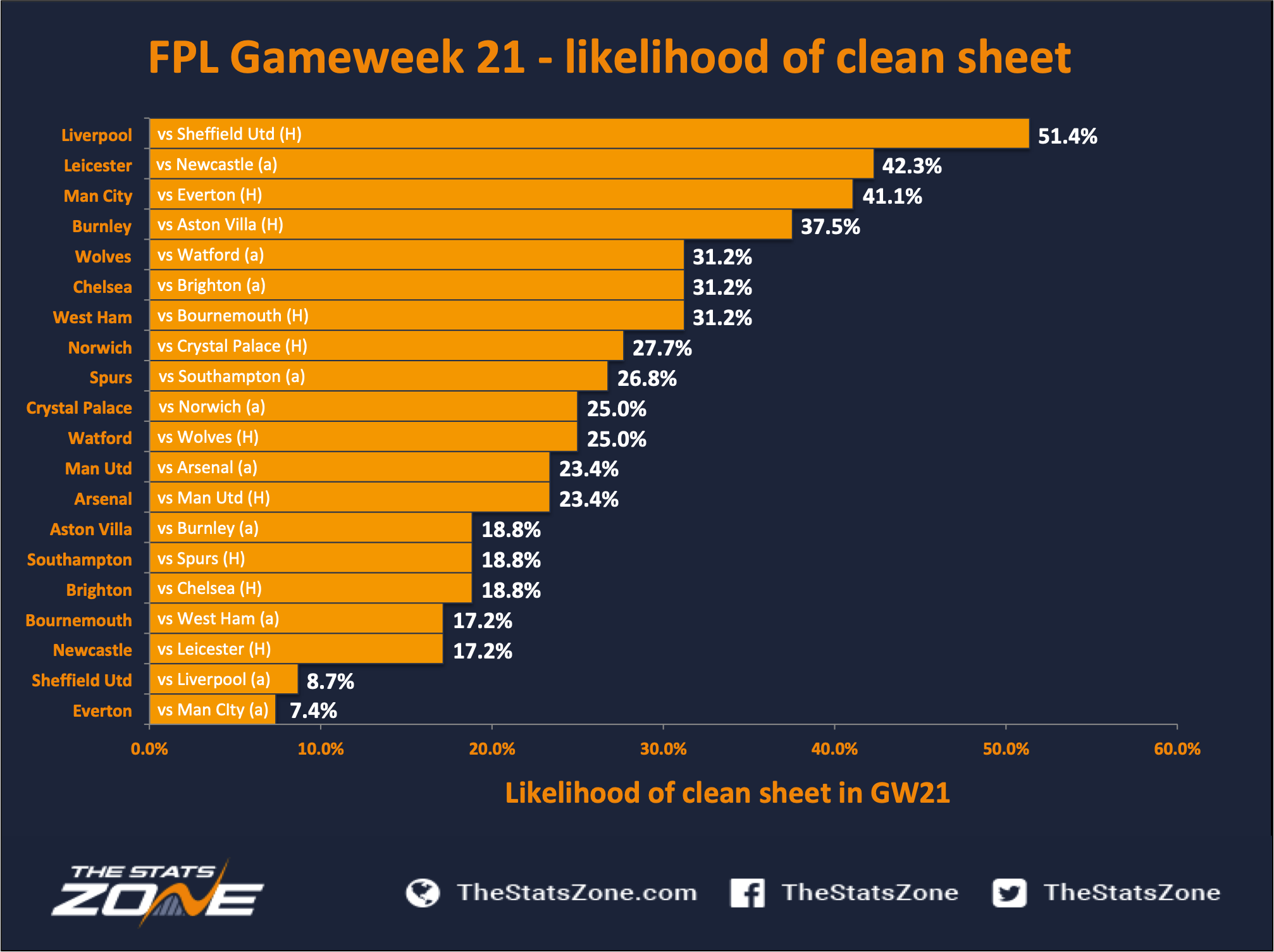 The current Premier League leaders Liverpool are the most likely side to keep a clean sheet in Gameweek 21, with a 51.4% chance of shutting out Sheffield Utd at Anfield according to our chart. The Reds are 13 points clear at the summit of the table and have kept a clean sheet in their last four Premier League games. Joe Gomez (£5.1m) has returned from the wilderness to cement his place at the centre of defence alongside the imperious Virgil van Dijk (£6.4m), whilst flying full-back Trent Alexander-Arnold (£7.4m) has accumulated 38 FPL points from the last three gameweeks.

Coming in behind the Reds are Leicester, who travel to St James Park to play Newcastle in Gameweek 21. After making nine changes in their last league match, manager Brendan Rodgers is expected to revert back to his first-choice side against the Magpies. Players like Ben Chilwell (£5.7m) and Caglar Soyuncu (£5.1m) should return to the starting line-up with the Foxes given a 42.3% chance of keeping a clean sheet. Rounding off the top three is Manchester City, who host Everton. The Citizens are awarded a 41.1% chance of recording their eighth clean sheet of the season vs the Toffees.