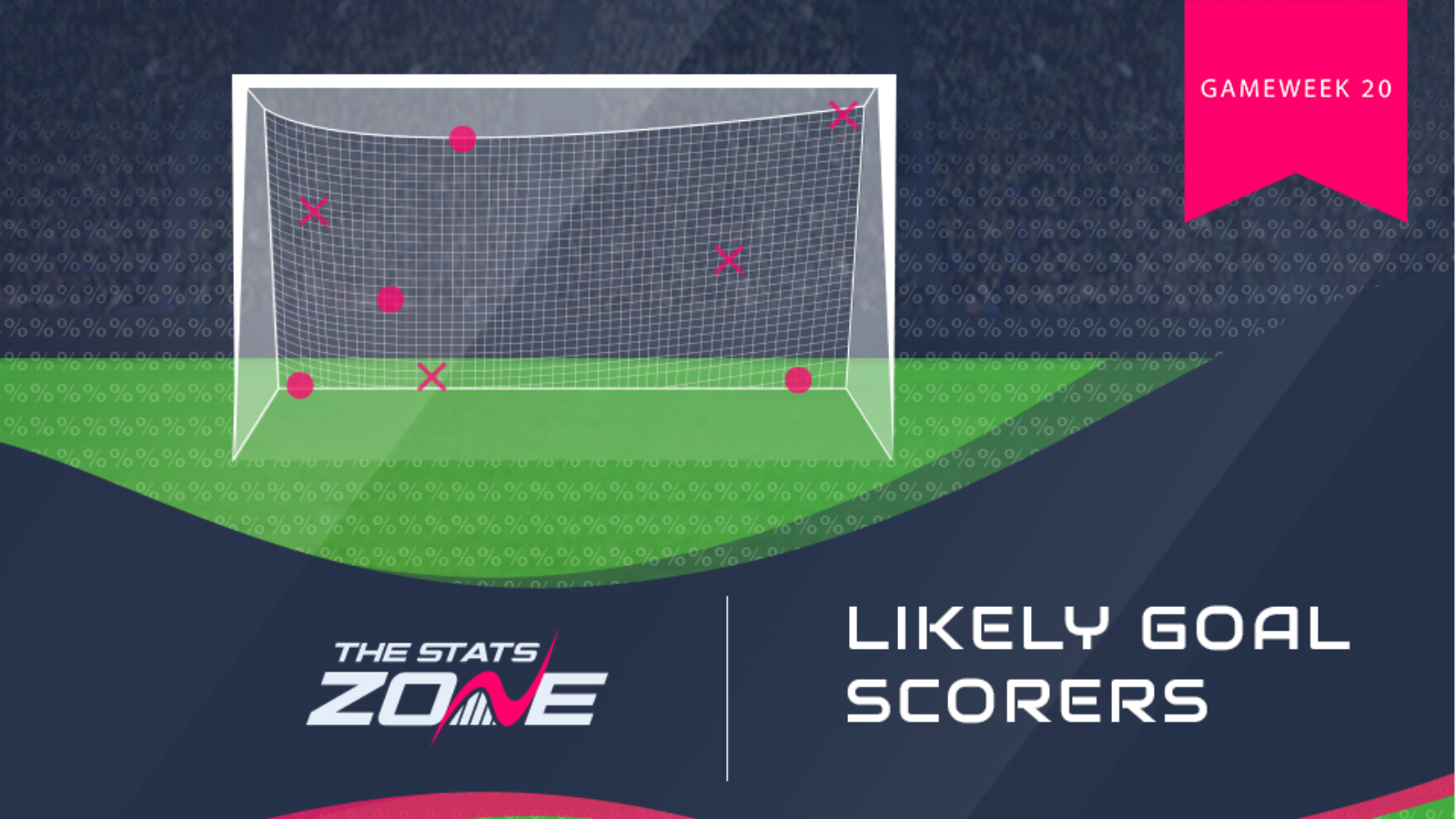 Ahead of GW20, we take a look at which players have the best chance of scoring in the upcoming fixtures. 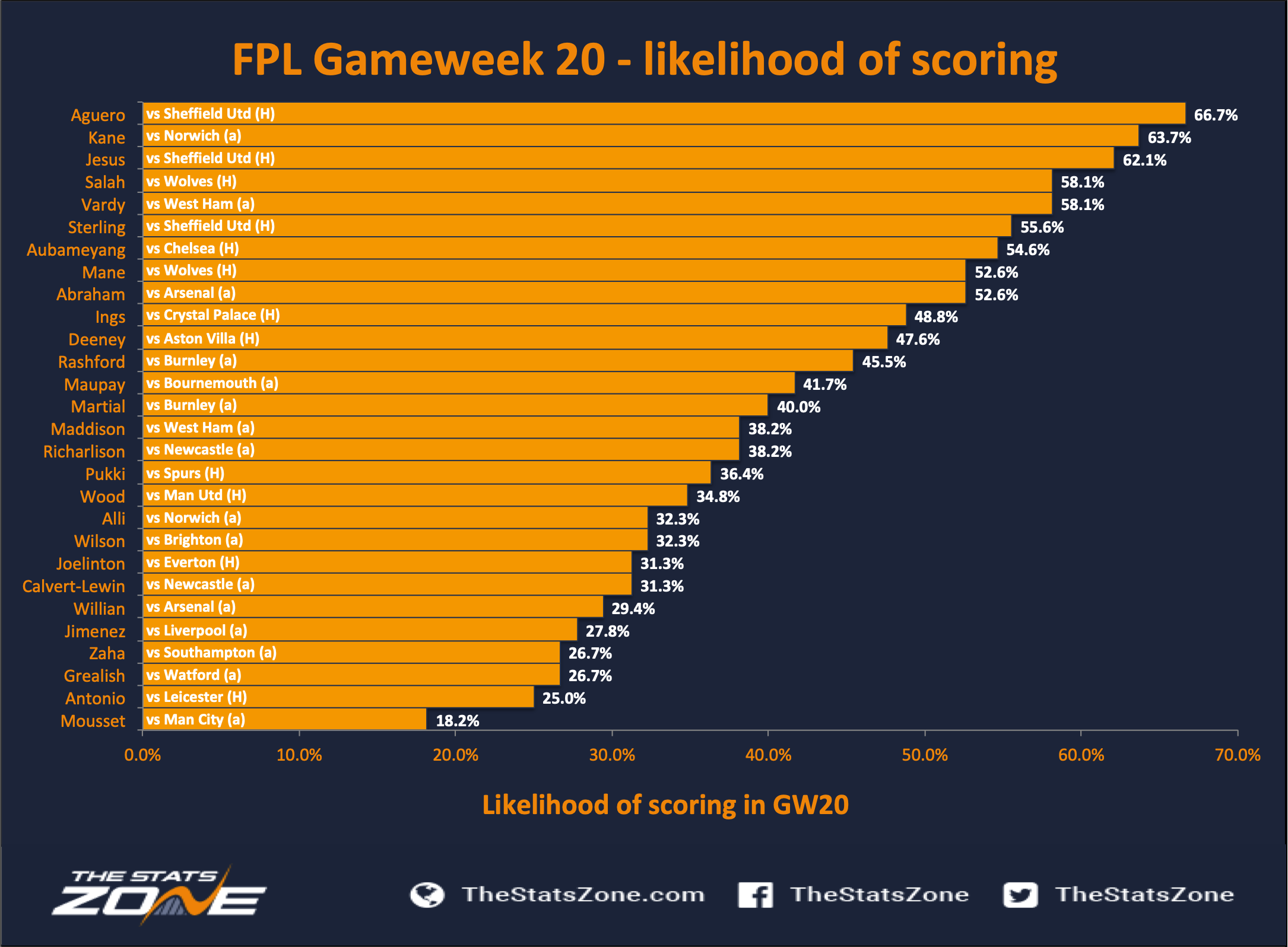 The top rated player in the likely goalscorer chart for Gameweek 20 is Man City forward Sergio Aguero (£11.7m), who has a 66.7% chance of scoring against Sheffield Utd (H) with Spurs' Harry Kane (£11.0m) and City teammate Gabriel Jesus (£9.6m) just behind him at 63.7% and 62.1% respectively. Kane faces Norwich (a) in Gameweek 20, whilst Jesus like Aguero will be hoping to cut down the Blades.

Following those three is Liverpool's Mo Salah (£12.3m). Substituted early in Gameweek 19 to keep him fresh for the next match, he should start against Wolves (H) in Gameweek 20 and is awarded a 58.1% chance of scoring. Last time Salah played at Anfield he found the net twice in Liverpool's 2-0 win over Watford back in Gameweek 17. Also with a 58.1% chance of scoring is Leicester forward Jamie Vardy (£10.1m), with the Premier League's top scorer up against West Ham (a).