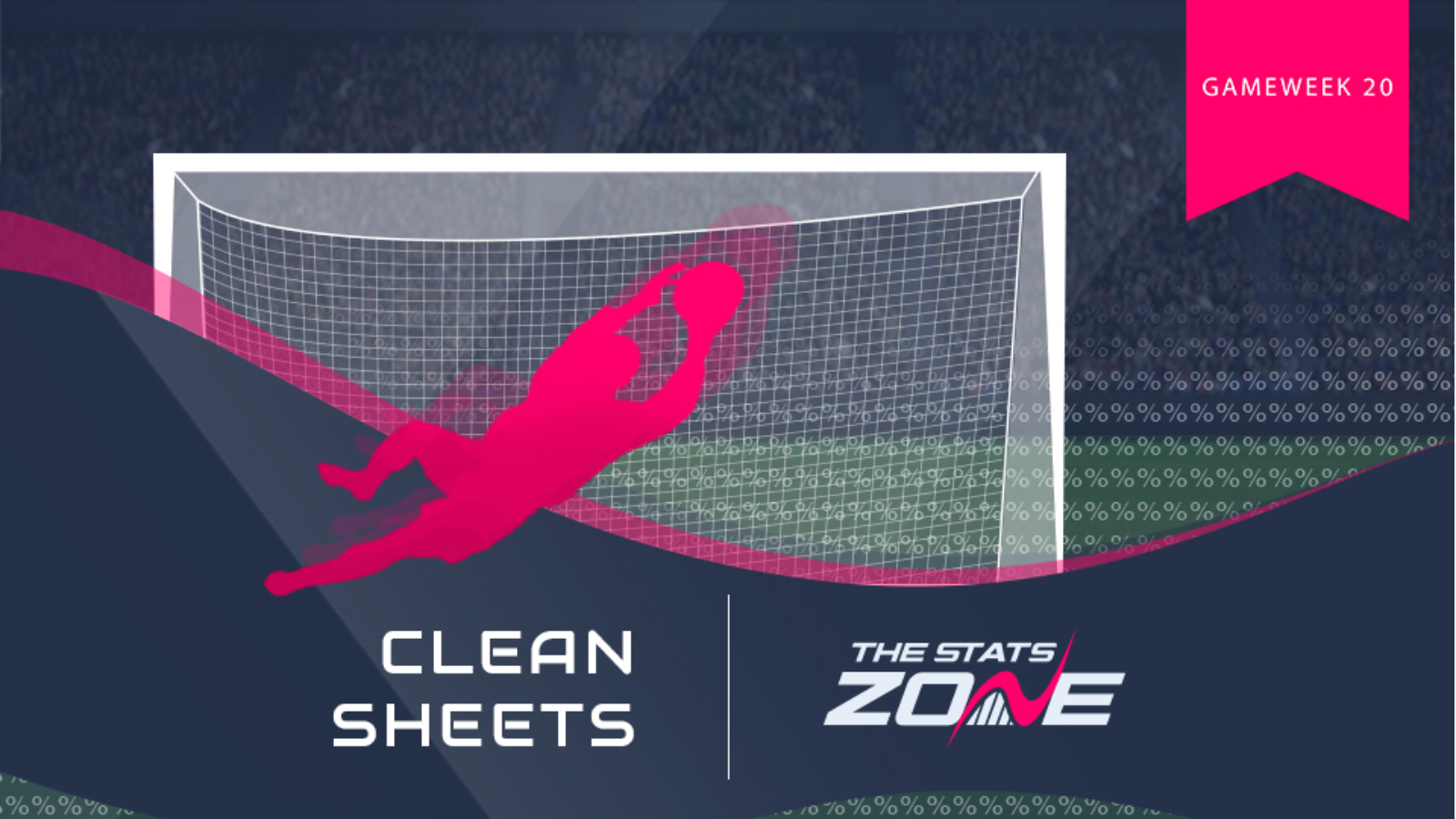 Ahead of GW20, we take a look at which teams have the best chance of keeping a clean sheet in the upcoming fixtures. 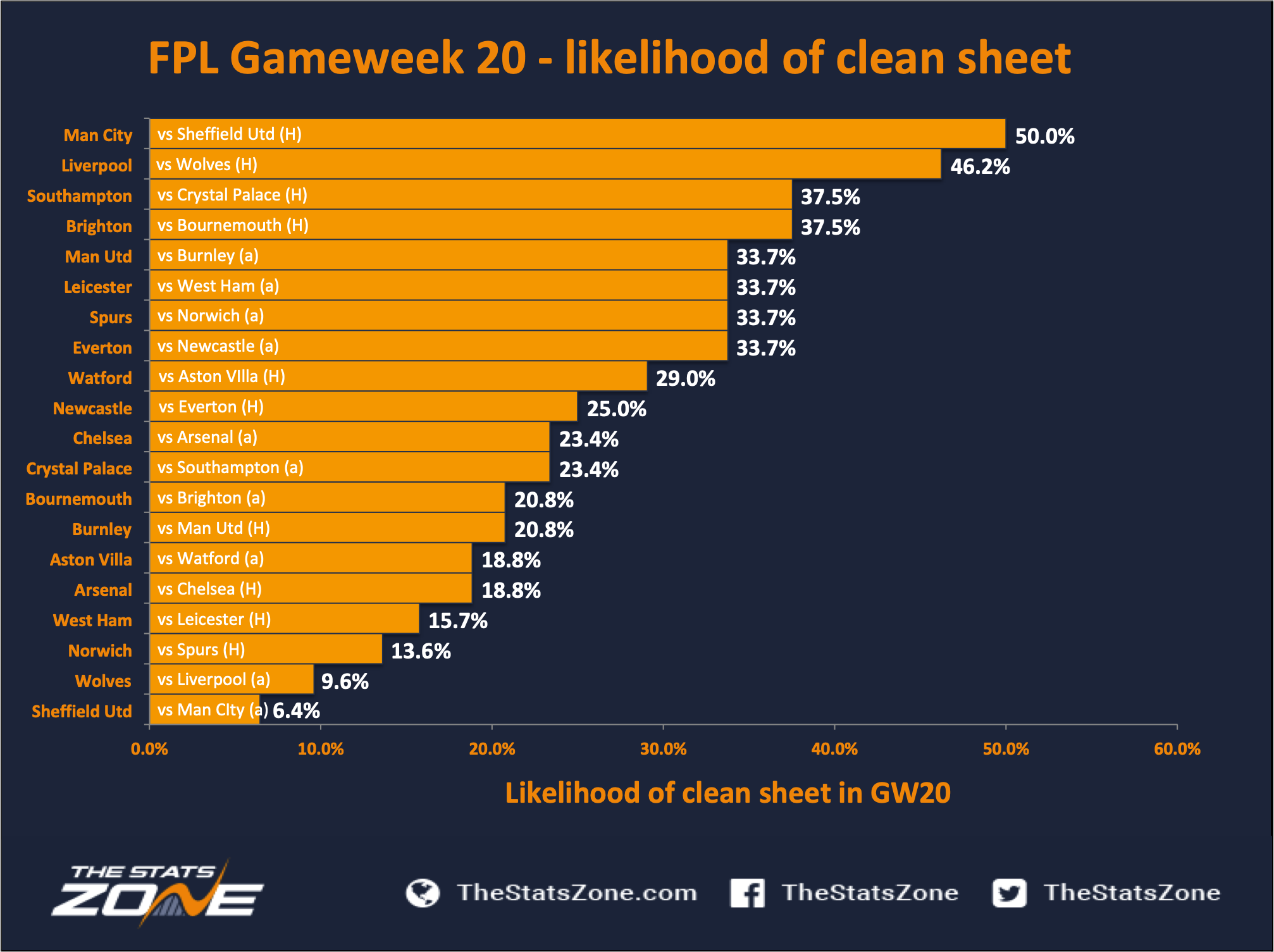 The top rated team to keep clean sheet in Gameweek 20 are Man City, who face Sheffield Utd (H) in the final match of the weekend. They are credited with a 50.0% chance of keeping a clean sheet against the Blades. As always it's difficult to predict a starting line-up with Pep Guardiola in charge so if you're looking for defensive coverage, the safe option would be to go with goalkeeper Claudio Bravo (£4.8m) who will take the place of Ederson (£6.0m) after the Brazilian was sent off in Gameweek 19.

Right on the heels of the Citizens in terms of clean sheet rating are Premier League table-toppers Liverpool. They've now kept three clean sheets in their last three league matches and are predicted to have a 46.2% chance of making it four in four against Wolves (H) in Gameweek 20. Again, rotation could be on the cards but the likes of defender Virgil van Dijk (£6.4m) and goalkeeper Alisson (£6.0m) should certainly start. There is a question mark over whether manager Jurgen Klopp will be tempted to rest Trent Alexander-Arnold (£7.3m), fresh from his 24 point FPL haul in Gameweek 19 away at Leicester.