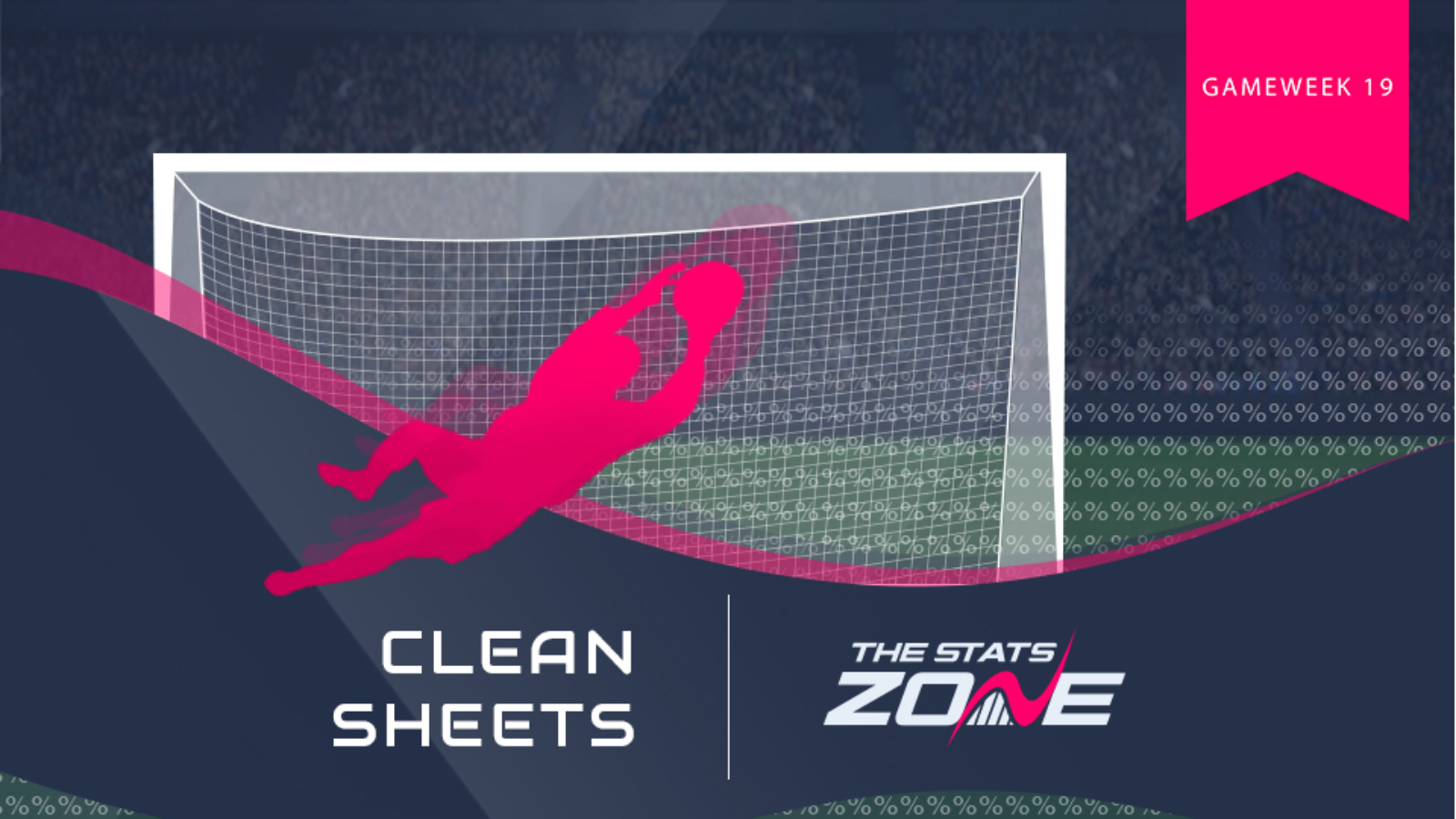 Ahead of GW19, we take a look at which players have the best chance of scoring in the upcoming fixtures. 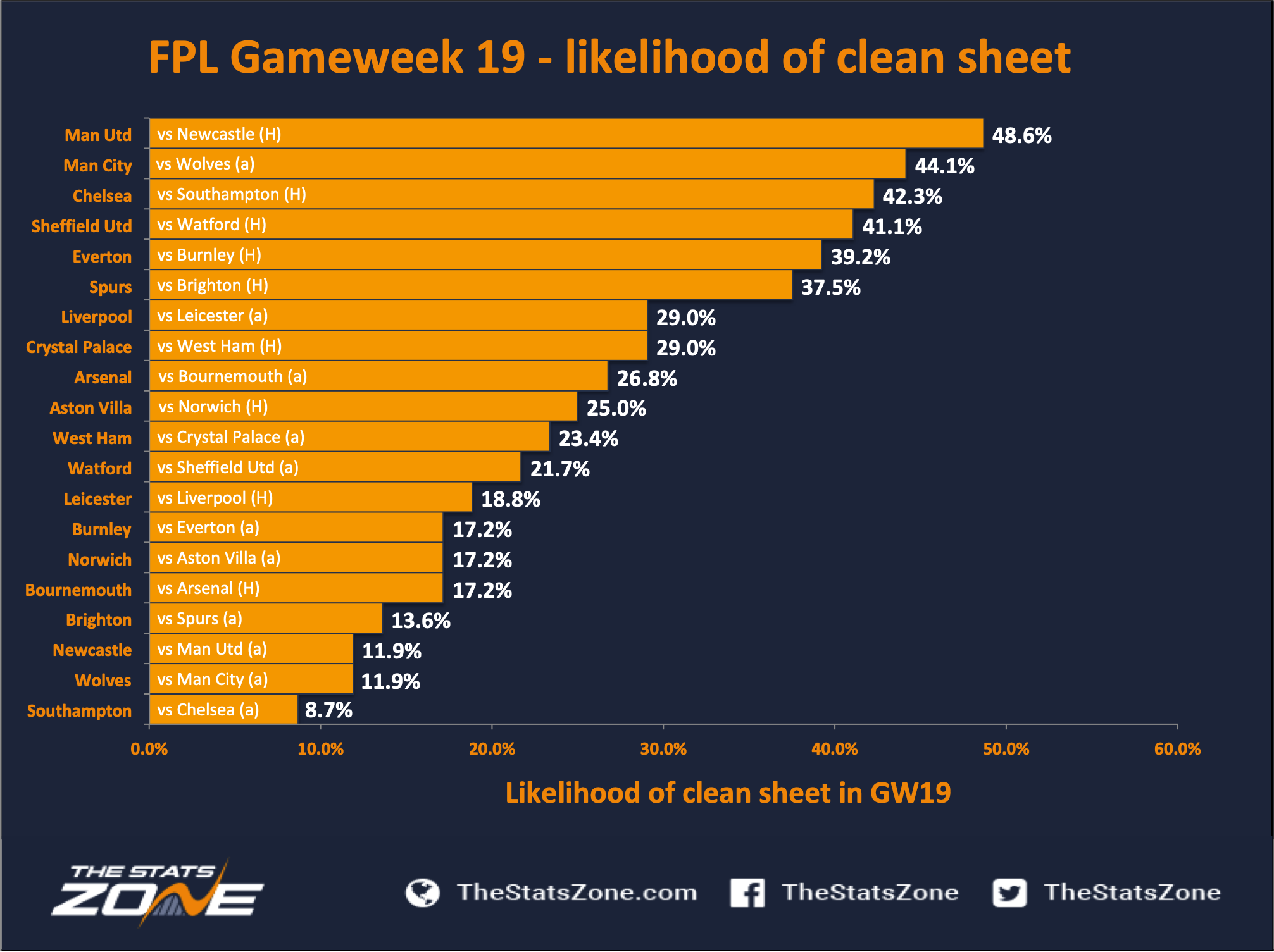 The top rated team for clean sheet potential in Gameweek 19 is Man Utd, who welcome Newcastle to Old Trafford. United have struggled against teams outside the top six this season and if they are to get any returns from Newcastle then they’ll have to shore up a defence that has conceded in each of their last 13 league matches. For those willing to put their trust in the United back-line, it remains largely settled. Any one of Harry Maguire (£5.3m), Victor Lindelof (£5.3m), Aaron Wan-Bissaka (£5.3m) and Luke Shaw (£5.4m) are viable options.

Following on from Man Utd are neighbours Man City, who have been given a 44.1% probability of securing a clean sheet when they travel to Wolves on the 27th. City are another who are have been struggling to keep the goals at bay in recent weeks and given the propensity of Pep to rotate his players, goalkeeper Ederson (£6.0m) offers the most secure route into City’s backline.