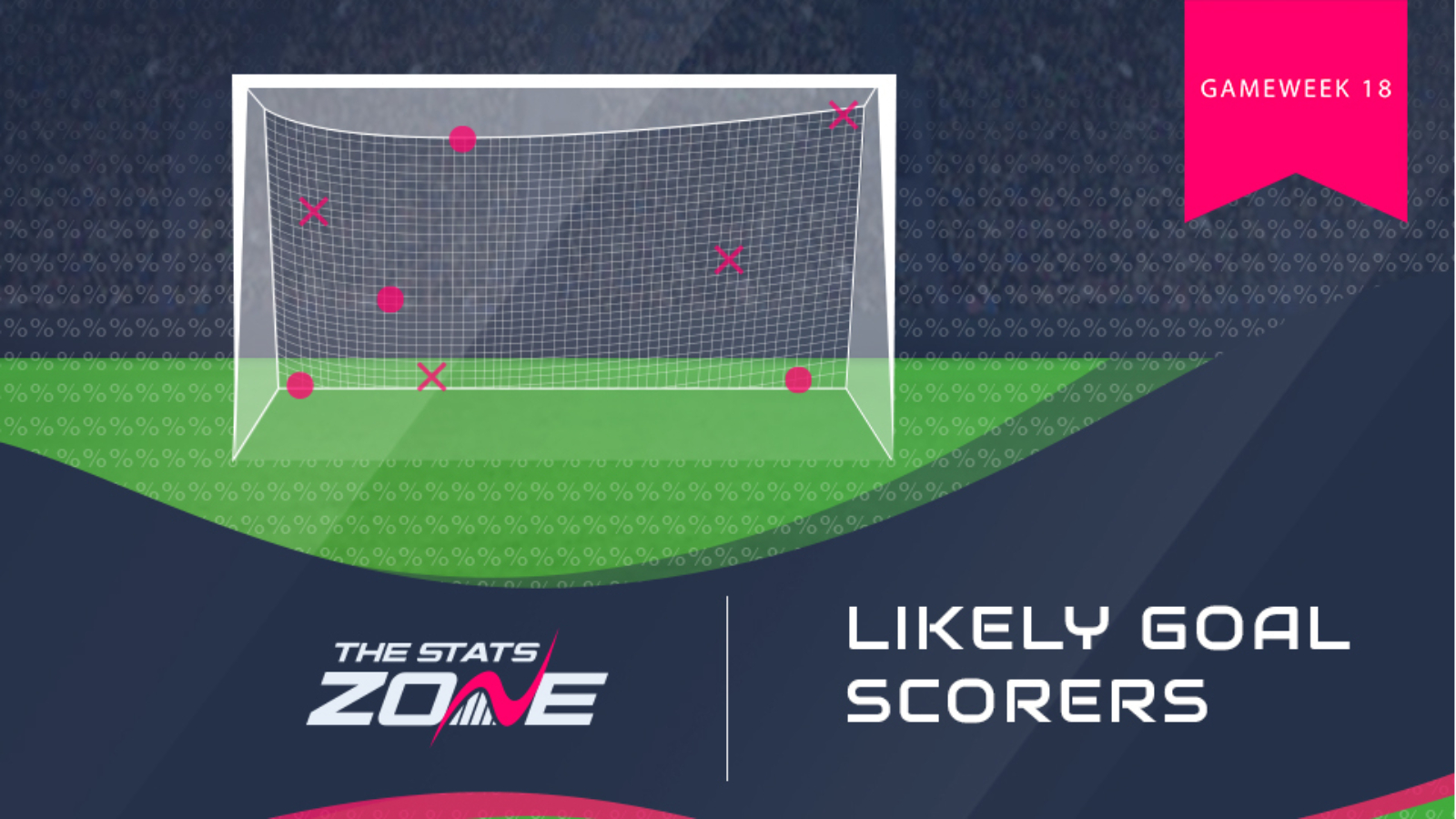 Ahead of GW18, we take a look at which players have the best chance of scoring in the upcoming fixtures. 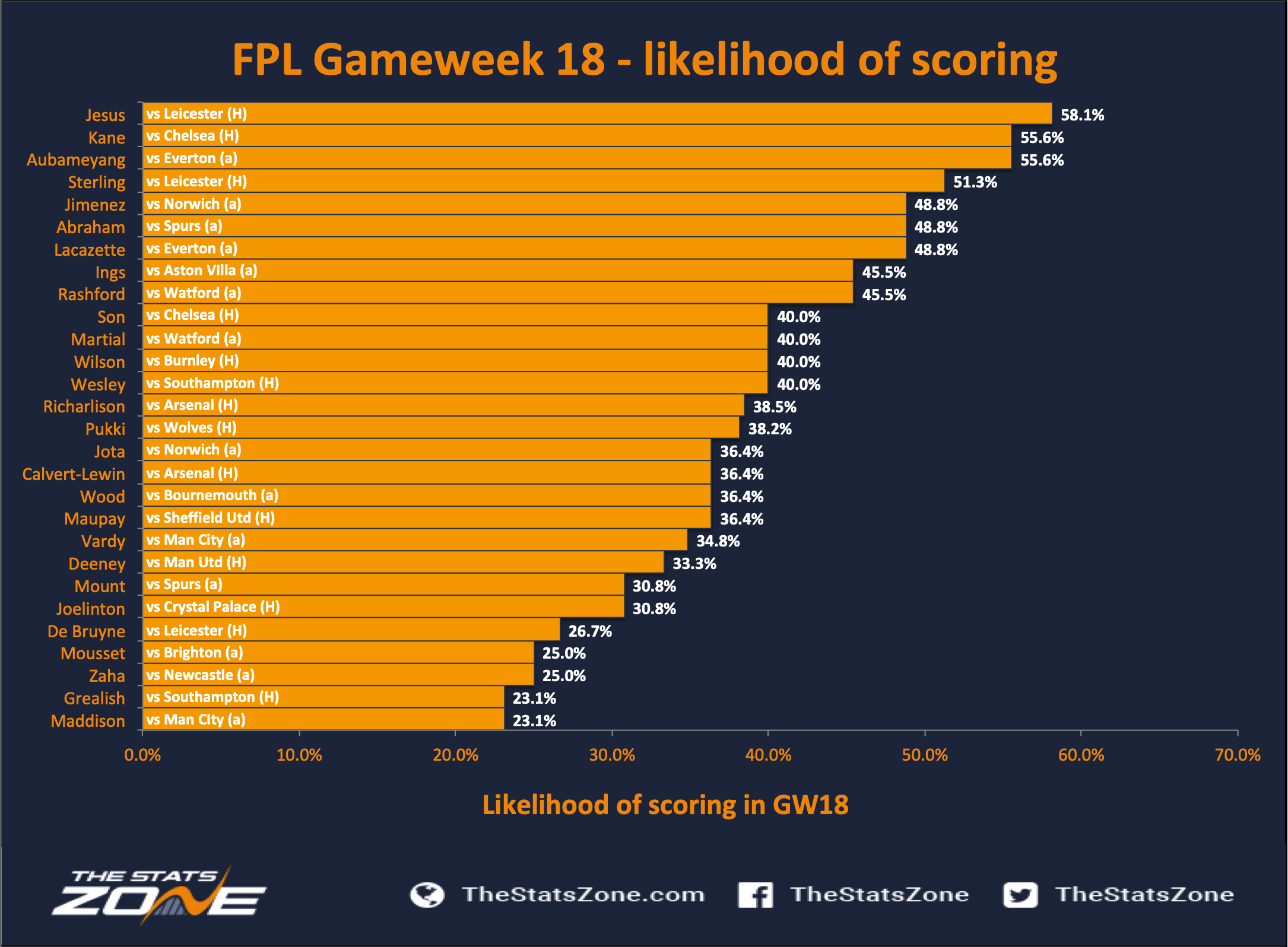 According to our projections, Man City forward Gabriel Jesus (£9.6m) has the most likely chance of scoring in Gameweek 18 at home to Leicester. Jesus has been given an extended run in the Man City starting XI of late in the absence of Sergio Aguero (£11.7m), although the latter has now returned to training. Behind him sees a tie for the second player most likely player to score in Gameweek 18 between Harry Kane (£10.9m) of Spurs and Pierre-Emerick Aubameyang (£10.8m) of North London rivals Arsenal. Kane faces a Chelsea side yet to keep a clean sheet away from home this season in the Premier League whilst Aubameyang travels to Everton having scored three times in his last two away league fixtures.

Behind those three players include Raheem Sterling (£11.8m), who will line up alongside Jesus against Leicester, Raul Jimenez (£7.5m) of Wolves who has six attacking returns in his last seven league matches and two other London based forwards in Tammy Abraham (£8.0m) and Alexandre Lacazette (£9.3m). All of Jimenez, Abraham and Lacazette are given an equally likely chance of scoring in Gameweek 18.