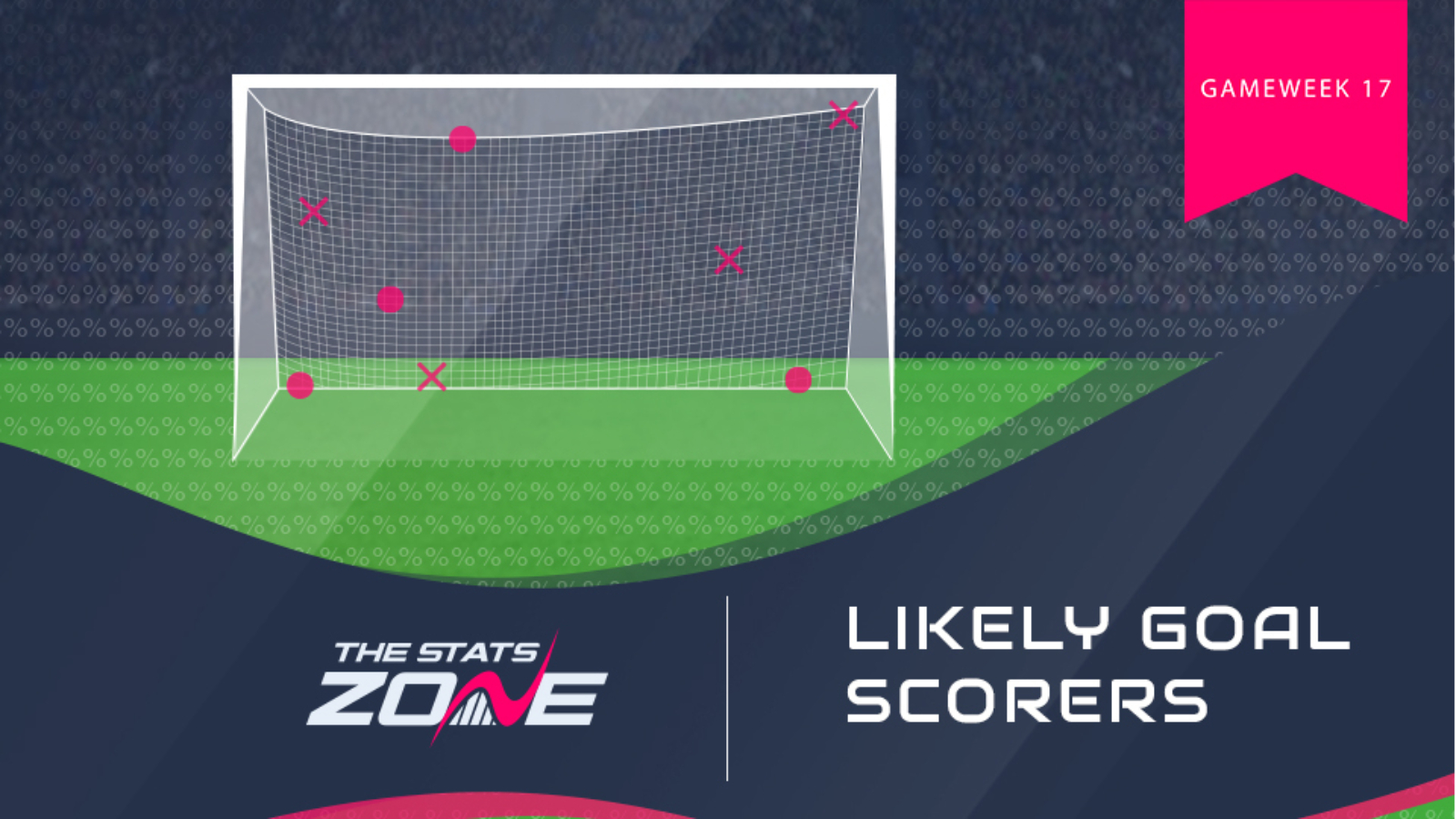 Ahead of GW17, we take a look at which players have the best chance of scoring in the upcoming fixtures. 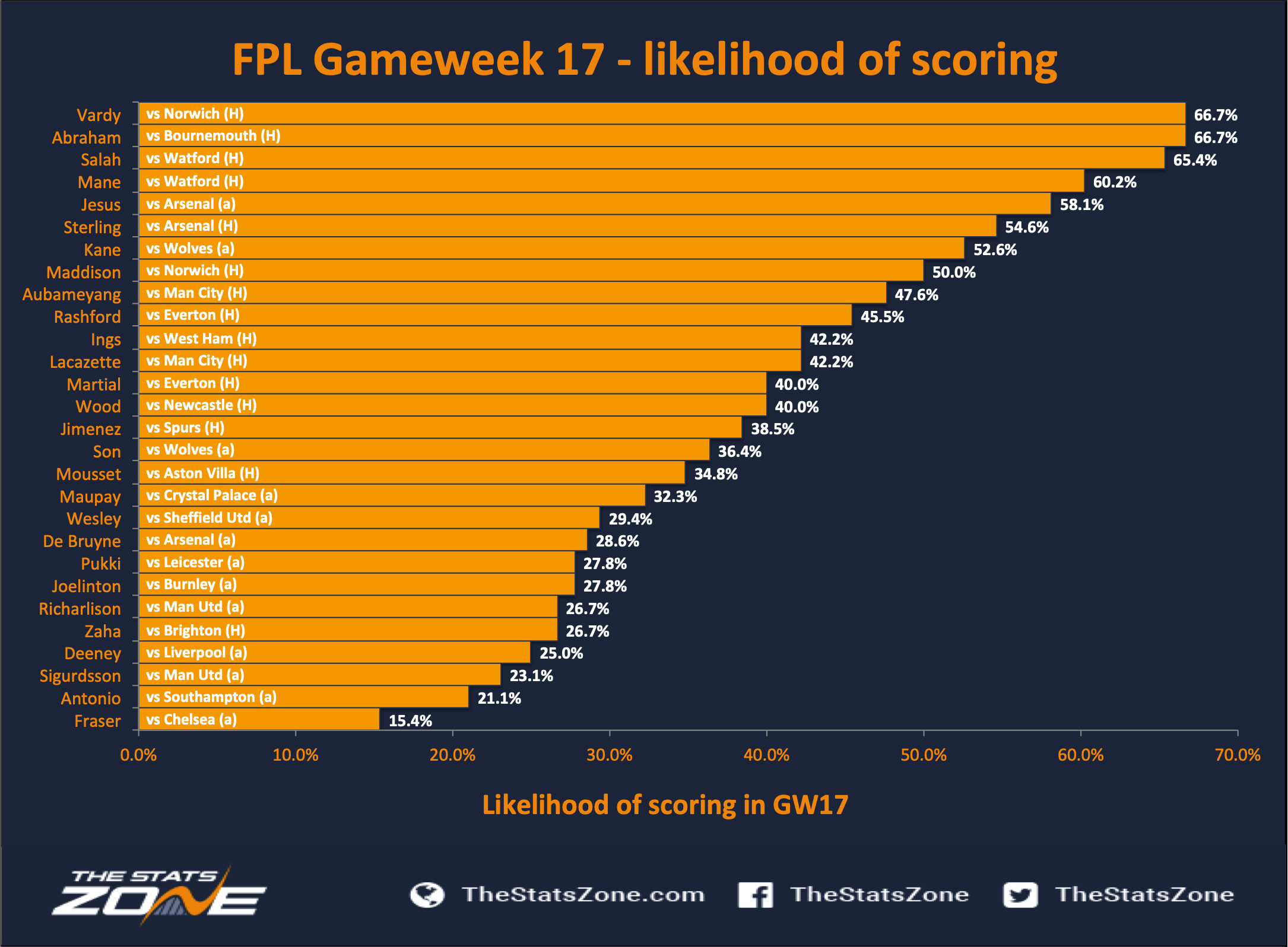 Jamie Vardy (£10.1m) and Tammy Abraham (£7.9m) are the top rated players in the scoring charts for Gameweek 17, with both being given a 66.7% probability of finding the net. Vardy continued his incredible goalscoring run last weekend with a brace against Aston Villa. The Leicester forward has now scored in each of his last eight league matches and is the Premier League’s leading marksman with 16 goals to his name this season. Second on that list is Abraham who will fancy his chances against a Bournemouth side struggling with injuries. It could be argued that the Cherries are missing their entire first choice back four as Steve Cook (£5.0m) and Nathan Ake (£5.0m) have joined Adam Smith (£4.3m) and Charlie Daniels (£4.3m) on the treatment table.

Just behind those two is Liverpool’s Mohamed Salah (£12.2m), who got back to scoring ways with a goal against Bournemouth in GW16. Liverpool host Watford in GW17 and have generally had their way with the Hornets in recent seasons, as they’ve scored at least three goals in each of their last four league meetings. Salah also has an excellent record against Watford, having scored six goals in four appearances, which includes a four-goal haul in the equivalent fixture two years ago.