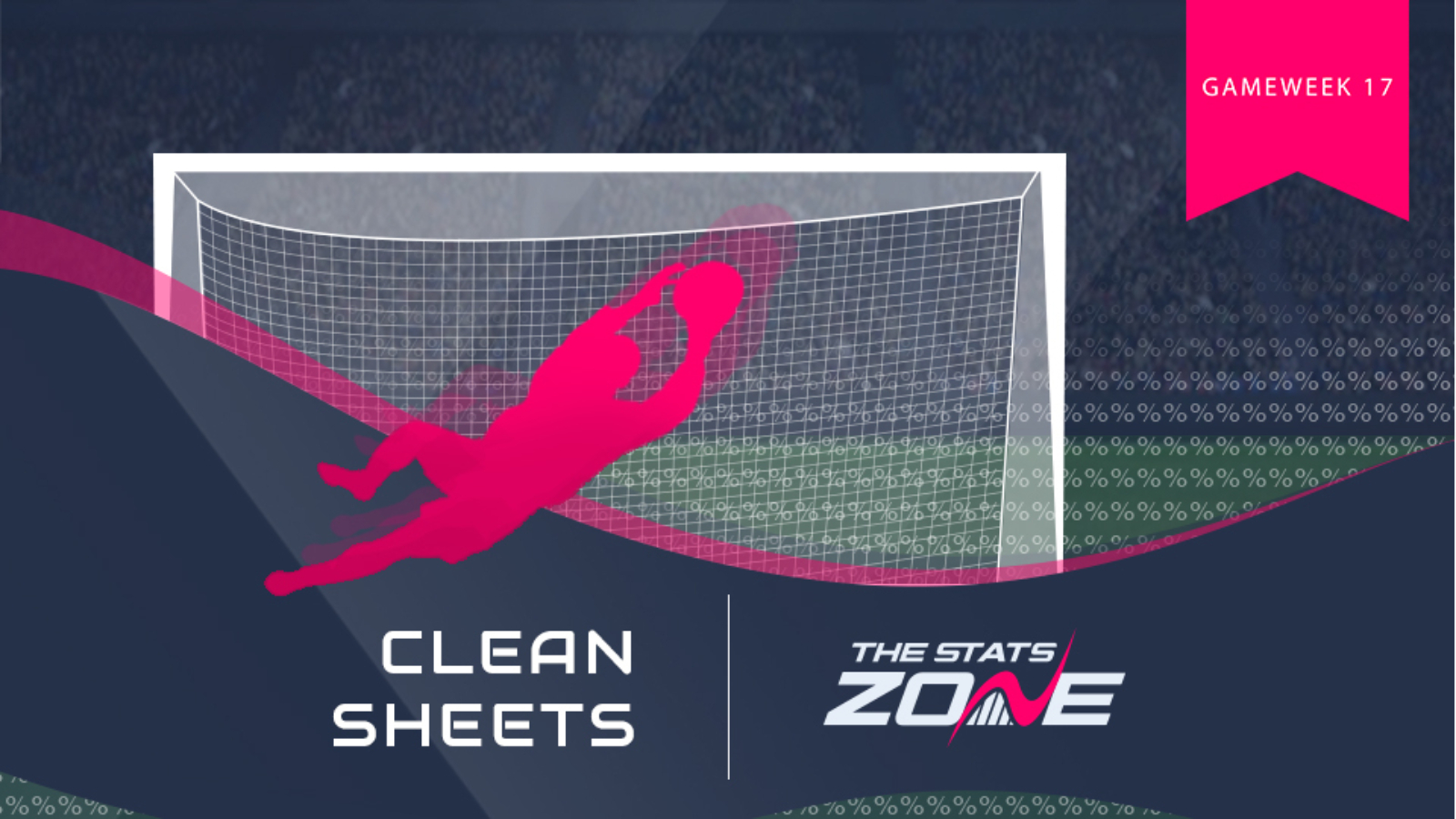 Ahead of GW17, we take a look at which teams have the best chance of keeping a clean sheet. 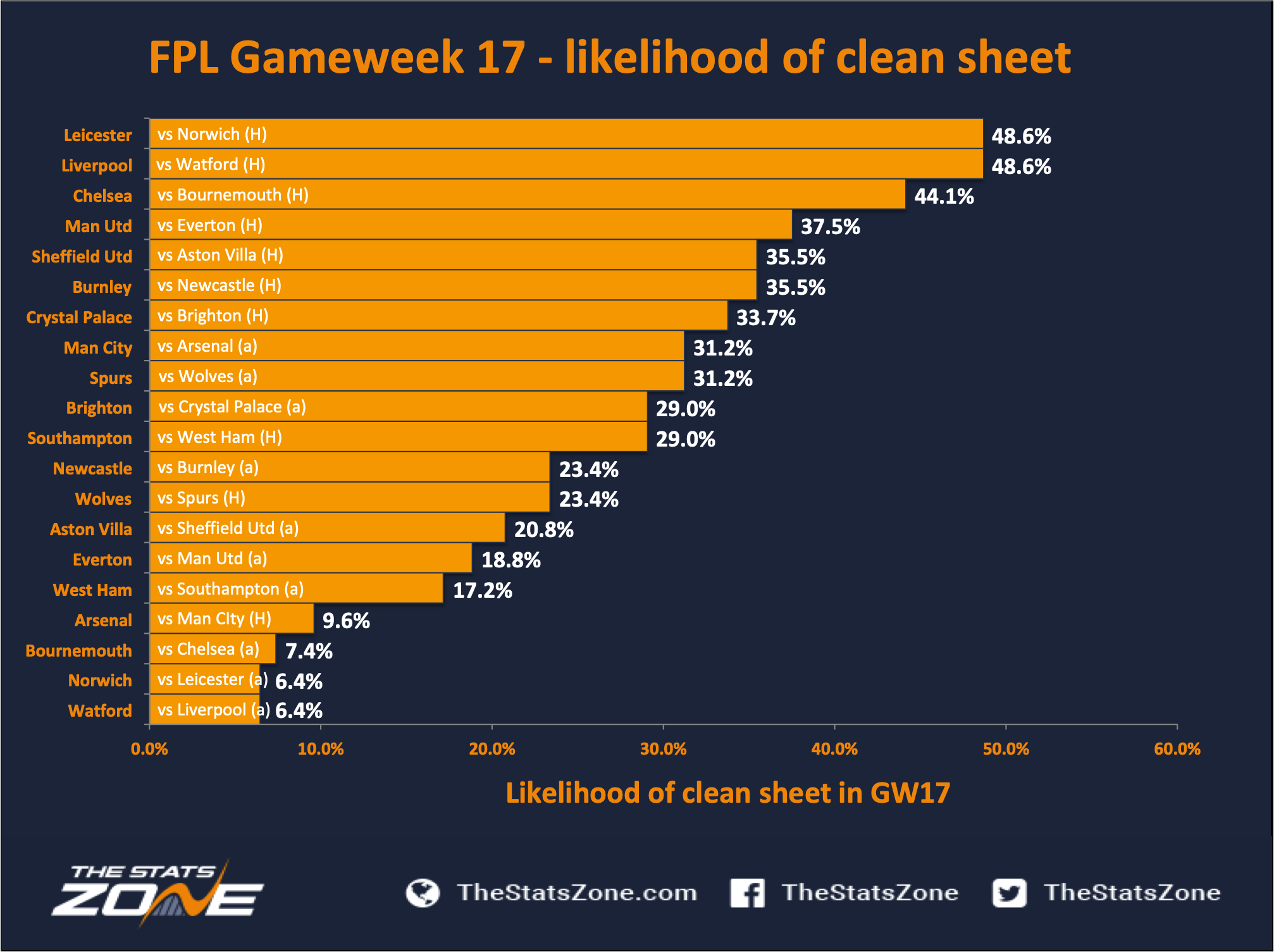 The Premier League’s top two, Liverpool and Leicester, are also the top two rated teams with regards to clean sheet potential for GW17. Both are set to play at home with Liverpool welcoming Watford to Anfield while Leicester will play host to Norwich. Even with no match in Gameweek 18, it is difficult to justify not owning at least one of Liverpool’s three main defensive assets – Trent Alexander-Arnold (£7.3m), Andrew Robertson (£7.1m) or Virgil van Dijk (£6.4m). Meanwhile for Leicester, either one of Ben Chilwell (£5.8m) or Ricardo Pereira (£6.5m) are excellent choices for the weekend.

Behind the top two are Chelsea who host Bournemouth in GW17. The Cherries are in the middle of an injury crisis and could be without both Callum Wilson (£7.5m) and Josh King (£6.1m) for the trip to Stamford Bridge. At the back for Chelsea, budget option Fikayo Tomori (£4.8m) has been left out of the last two matches and is currently dealing with a hip injury. This has allowed Andreas Christensen (£4.9m) a run in the team, though with Reece James (£5.0m) having started four of the last five league matches, the young right-back could be Chelsea’s best defensive option moving forwards.