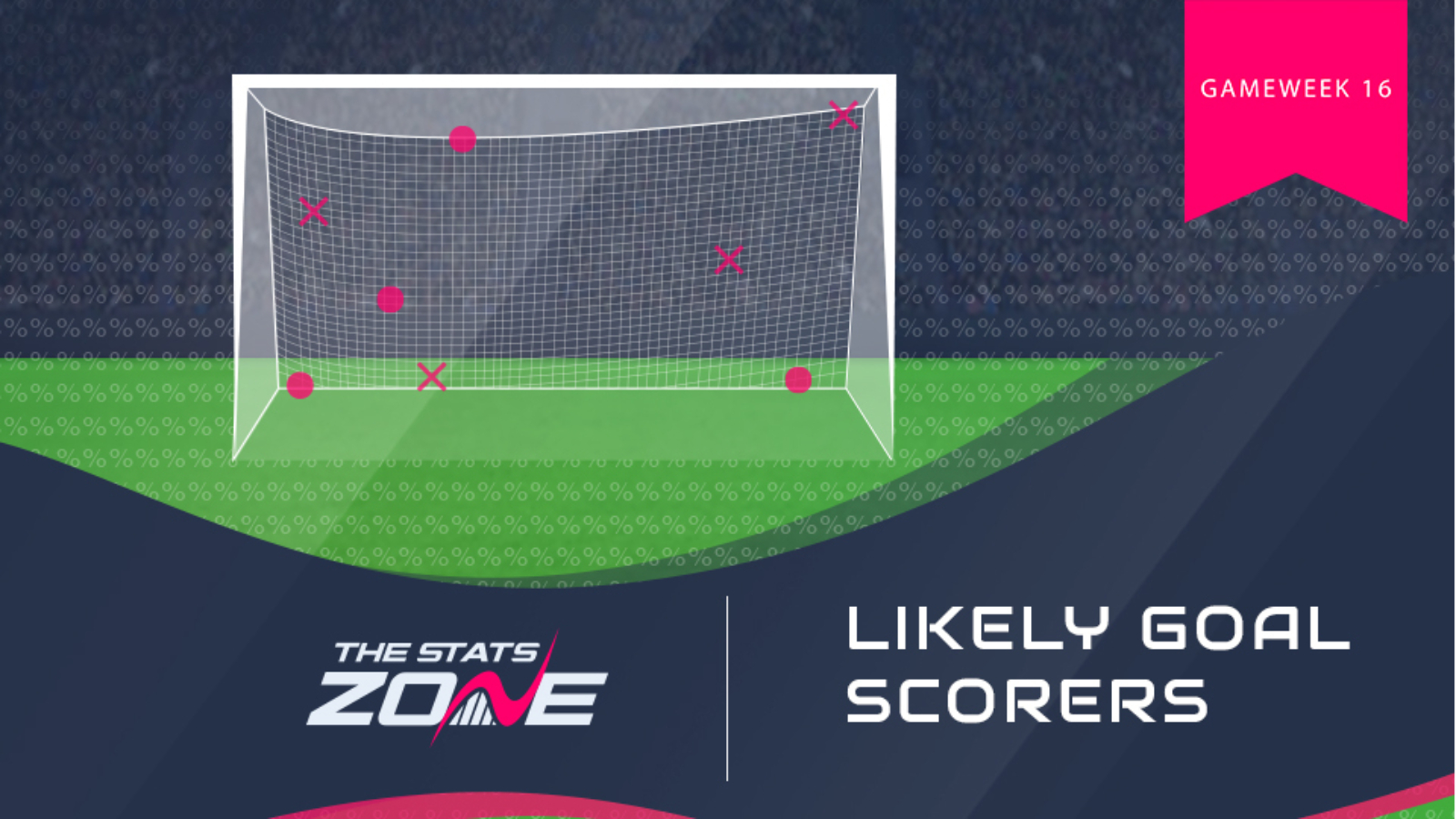 Ahead of GW16, we take a look at which players have the best chance of scoring in the upcoming fixtures. 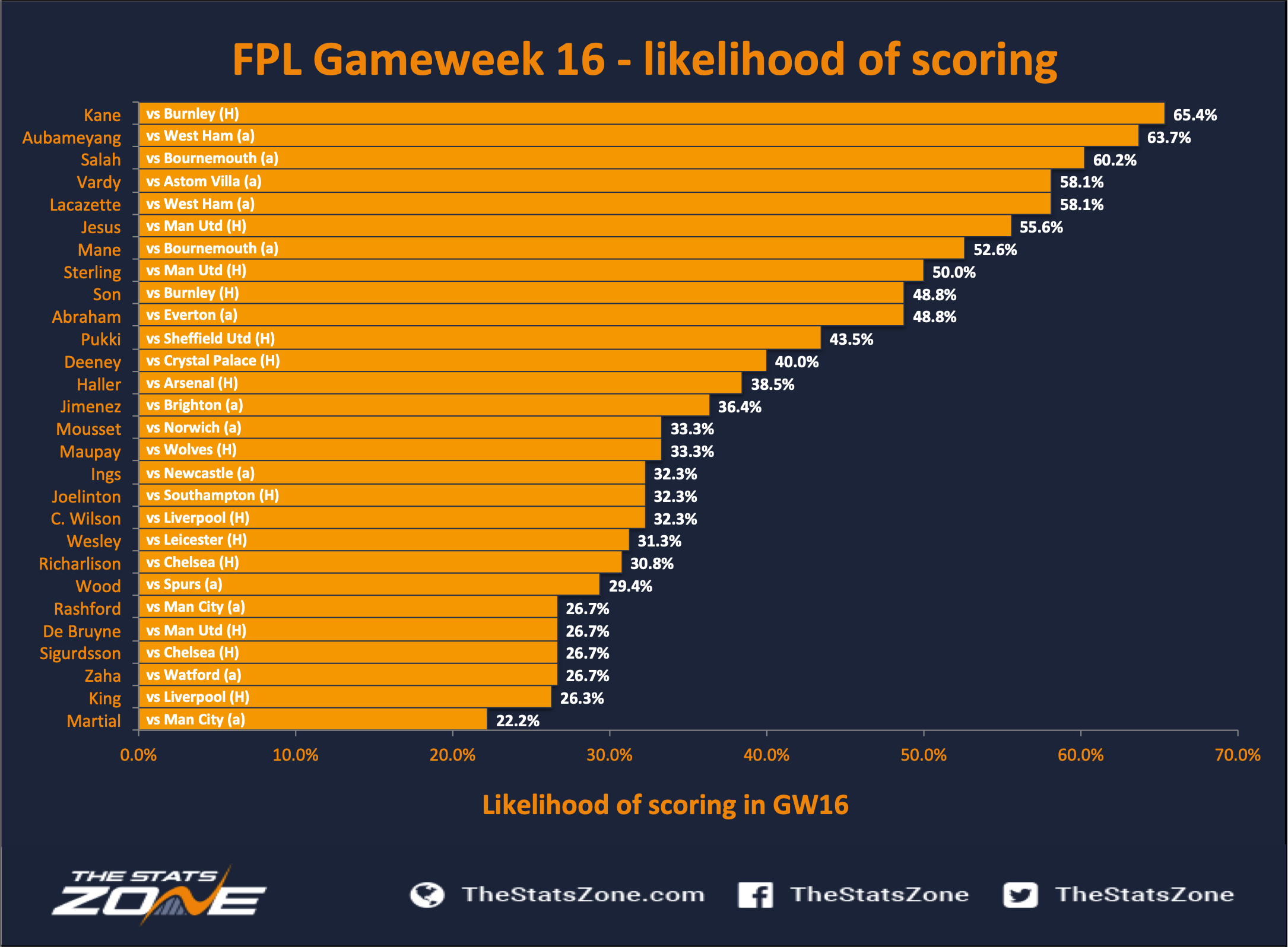 Harry Kane (£10.8m) is the top rated player in the scoring charts for Gameweek 16, as the Spurs captain has been given a 65.4% chance of finding the net against Burnley. After back-to-back matches in which he hasn’t scored, Kane will fancy his chances of avoiding a three-match drought when he faces a Burnley side that have conceded six in their last two fixtures.

After Kane comes Pierre-Emerick Aubameyang (£10.9m) and the goalscoring machine that is Jamie Vardy (£10.0m). Aubameyang has started life under temporary boss Freddie Ljungberg fairly well, while Vardy netted from the spot against Watford in GW15 to make it seven consecutive matches in which he has found the net.

In term of differential picks, Man City striker Gabriel Jesus (£9.6m) is a potentially excellent option this gameweek. Owned by just 3.4% of FPL managers, the Brazilian striker scored twice against Burnley after going five league matches without a goal. Set to start again in Sergio Aguero’s (£11.8m) absence, Jesus has a home match against Man Utd, who despite winning in midweek, have now gone ten league matches without a clean sheet.

UPDATE: Bournemouth's Josh King has been ruled out of GW16.