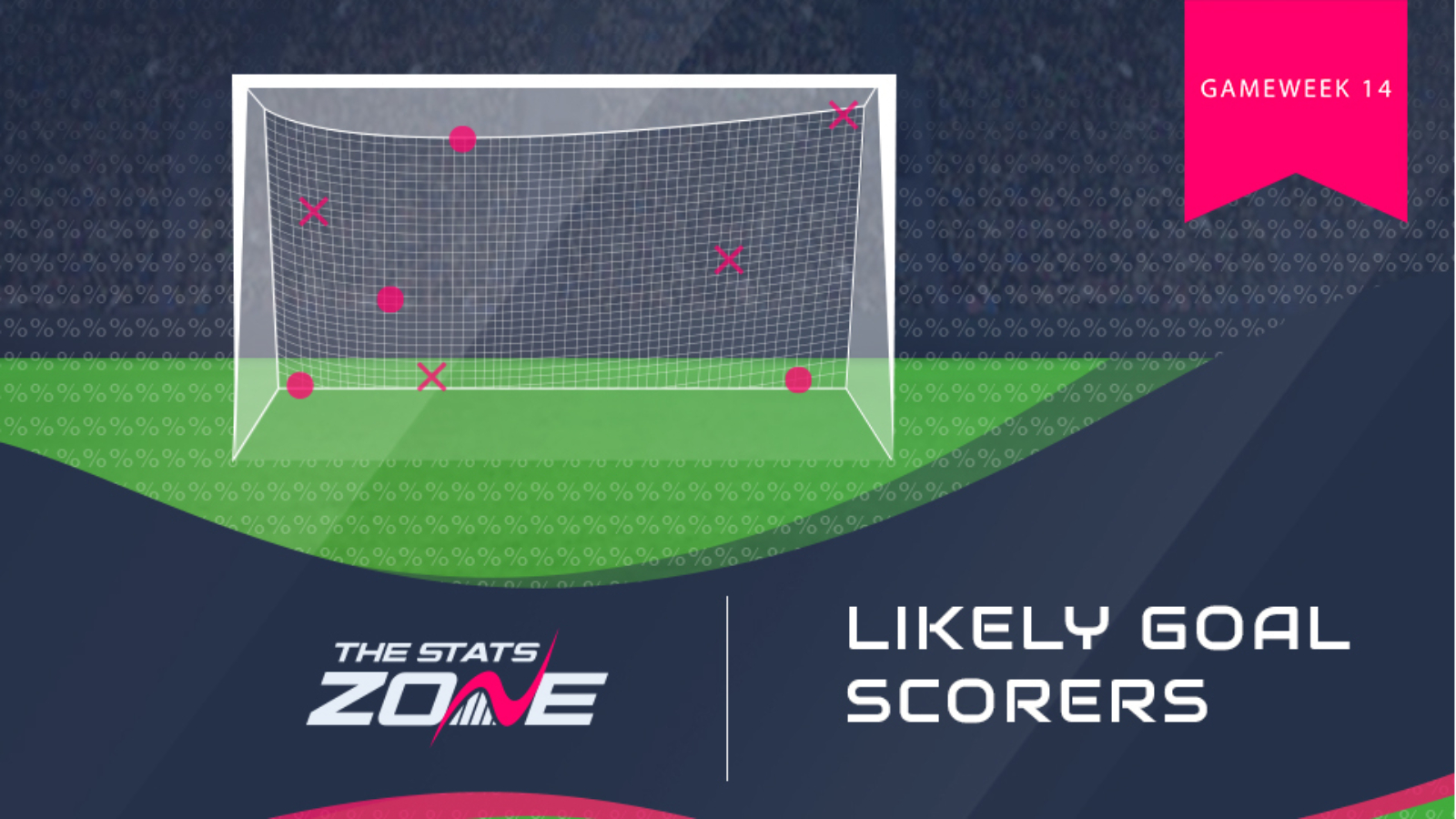 Ahead of GW14, we take a look at which players have the best chance of scoring in the upcoming fixtures. 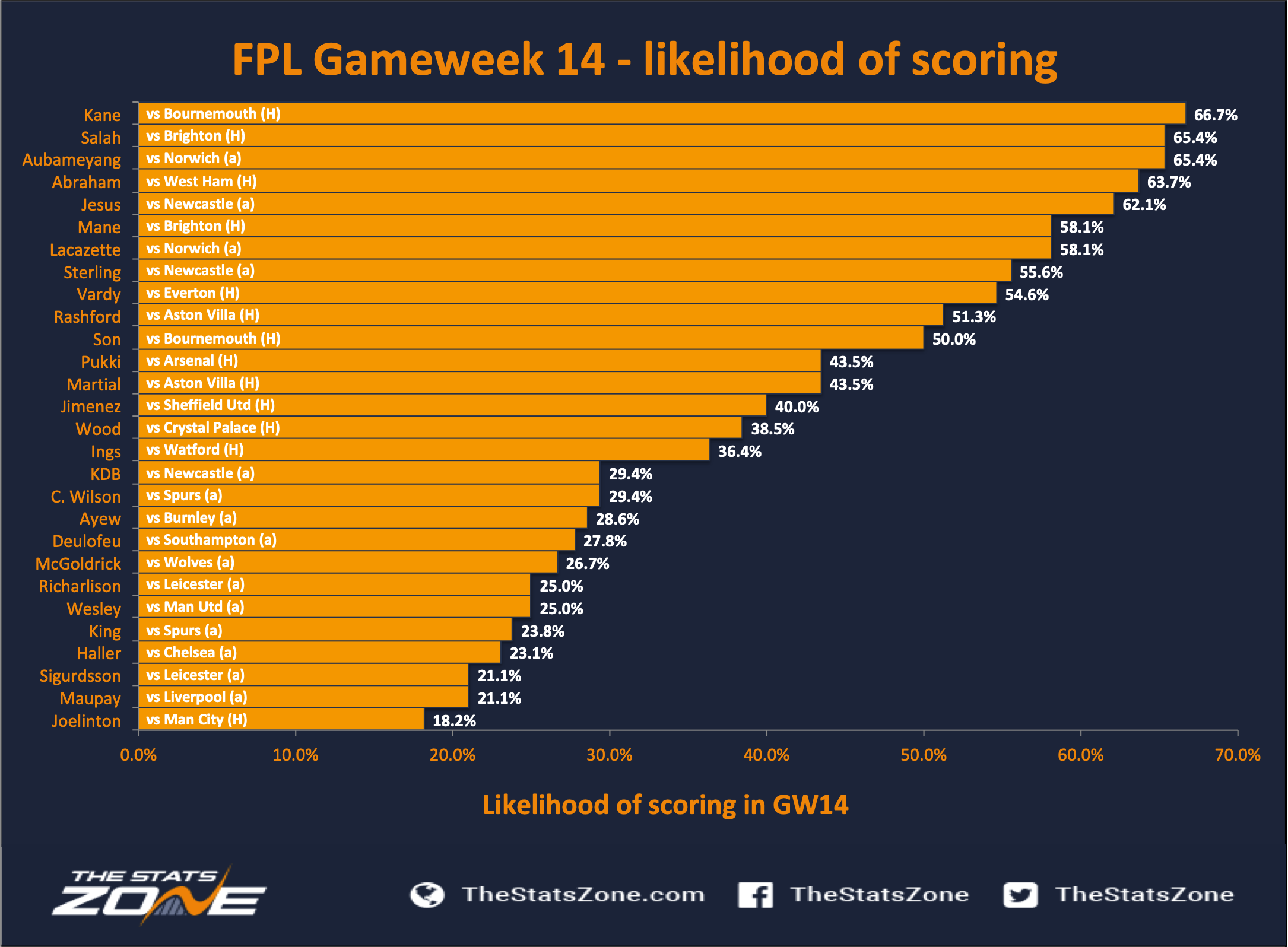 Harry Kane (£10.8m) is the top rated player in the scoring charts for Gameweek 14, as the England captain has been given a 66.7% chance of scoring against Bournemouth. Kane has a good record against the Cherries as well, having scored seven times in six appearances against the club.

After Kane comes two of the premium players in FPL – Mo Salah (£12.2m) and Pierre-Emerick Aubameyang (£11.0m). Klopp has confirmed that Salah has overcome his ankle injury and will be fit for the match against Brighton on Saturday. Salah has scored in each of his last three appearances against the Seagulls. Aubameyang, meanwhile, faces Norwich in GW14, which should mean chances and goals for the Gabonese striker.

In term of differential picks for the week, Southampton striker Danny Ings (£6.0m) is an intriguing option. Owned by just 4.0% of FPL managers, the English striker has now scored five goals in his last seven league appearances, including two in his last two.