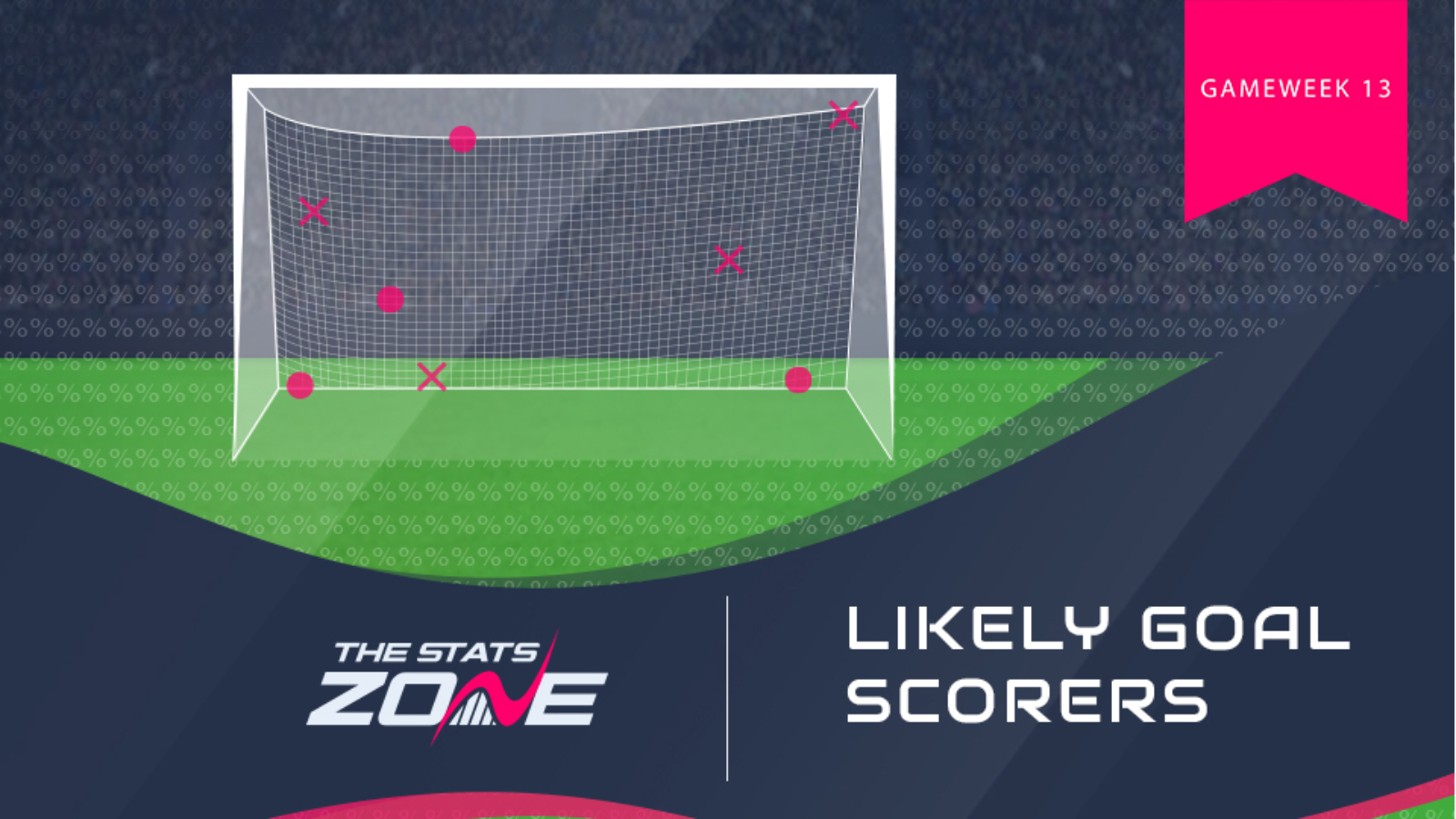 Ahead of GW13, we take a look at which players have the best chance of scoring in the upcoming fixtures. 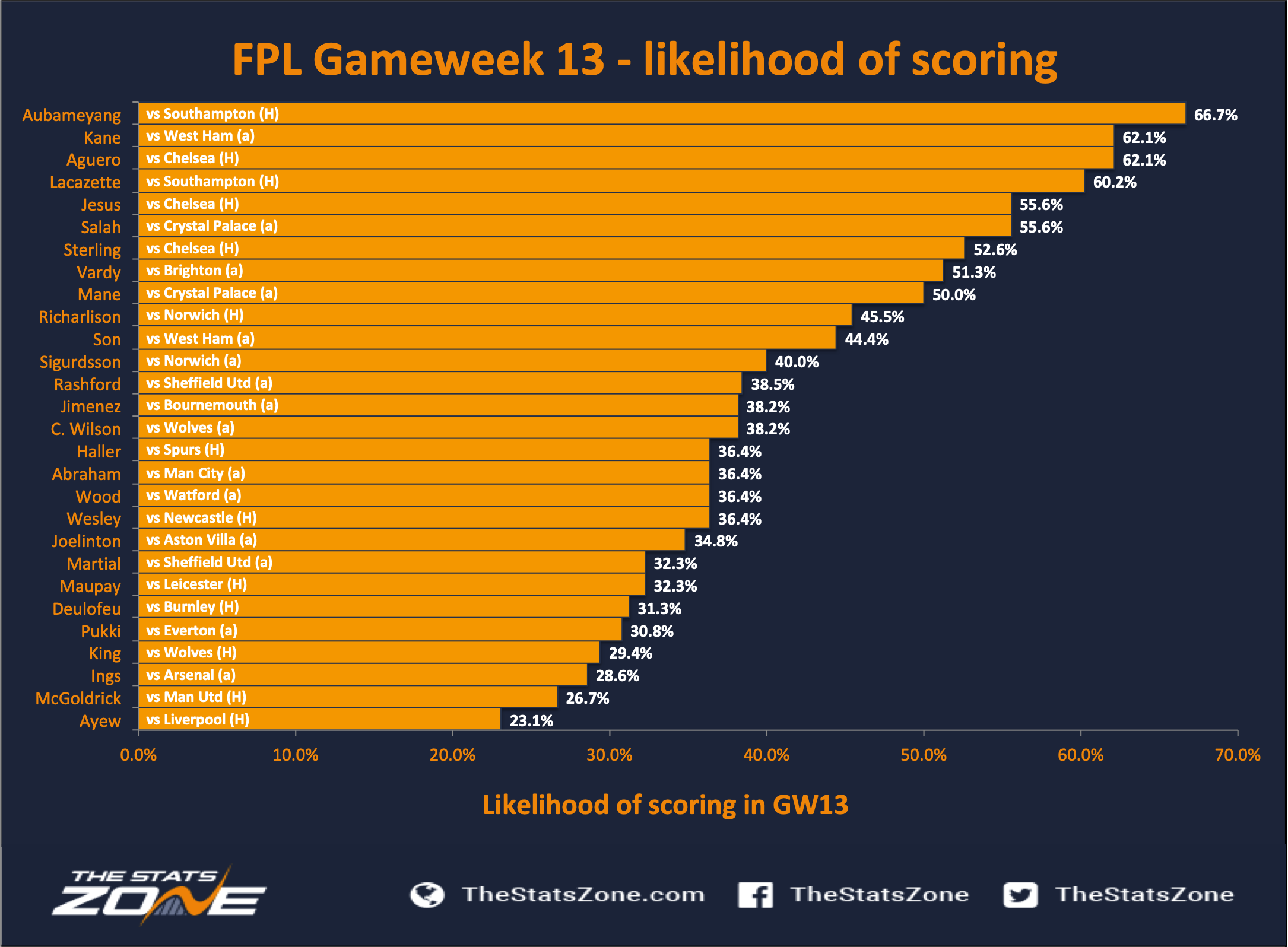 Pierre-Emerick Aubameyang (£11.0m) is the top rated player in the scoring charts for Gameweek 13, as the Gabonese international has been given a 60.2% chance of scoring against Southampton. The Saints have endured a difficult start to the new season and currently sit second bottom in the table on just eight points. The primary reason for their troubles has been their defence, so Aubameyang should have plenty of chances against a side that have conceded a league high 29 goals so far this season.

Harry Kane (£10.8m) and Sergio Aguero (£12.0m) are next on the list. Now under new management, Kane travels to a West Ham side that have haven’t won or kept a clean sheet since Lukasz Fabianski (£4.9m) got injured. In that time period, they have conceded 13 goals in six and a half matches. After defeat against Liverpool, Aguero and Man City will look to bounce back against Chelsea, who visit the Etihad on Saturday evening. Last season, City routed the Blues 6-0 – a game in which Aguero bagged a hat-trick.

In term of differential picks for the week, Wolves striker Alexandre Lacazette (£9.3m) is an intriguing option. Owned by just 1.7% of FP managers, the French striker has started the last three league matches following injury and faces a leaky Southampton in GW13.