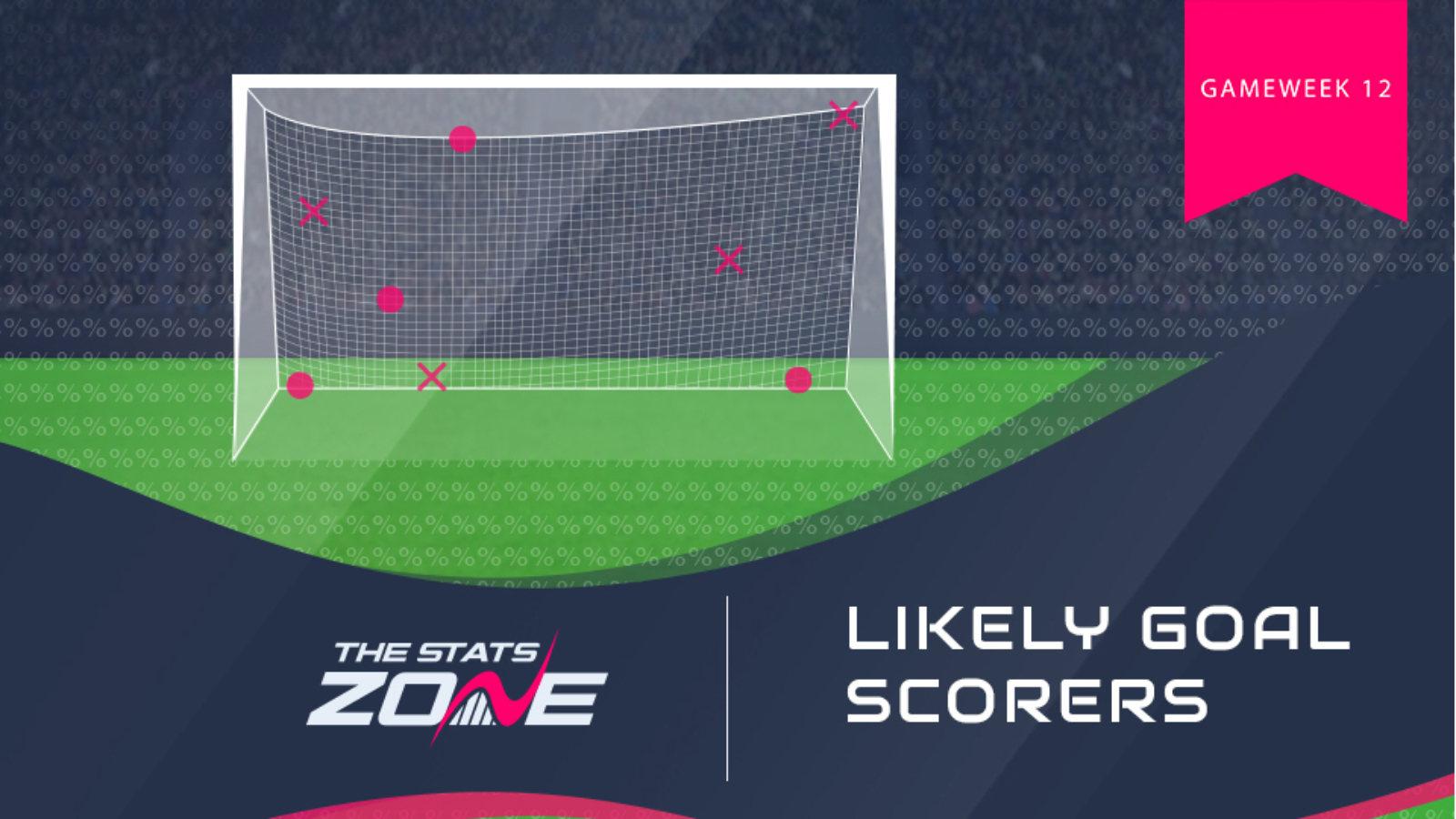 Ahead of GW12 we take a look at which players have the best chance of scoring in the upcoming fixtures. 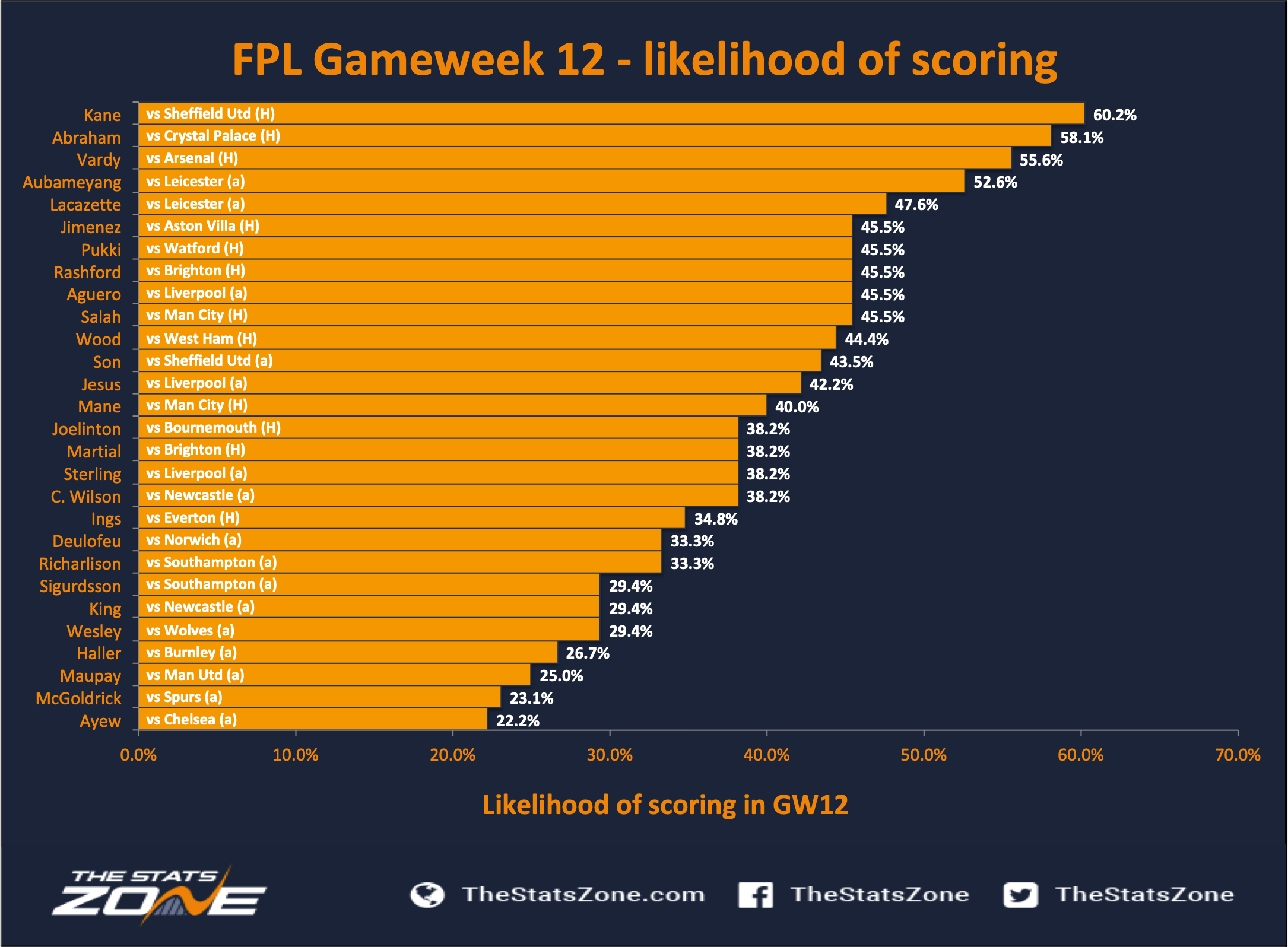 Harry Kane (£10.8m) is the top rated player in the scoring charts for Gameweek 12, as the England captain has been given a 60.2% chance of scoring against Sheffield Utd. Given the Blades’ excellent defensive record, goals may be at a premium for Spurs, though Kane does have an excellent record against newly-promoted sides. Since 2014-15 he has scored 30 goals in 28 matches against teams who came up from the Championship the season before.

After Kane come to the two top scoring FPL strikers so far this season – Tammy Abraham (£7.9m) and Jamie Vardy (£9.4m). There is an argument to be made that both players should reside in every FPL squad but it is Vardy’s record under Brendan Rodgers that is particularly impressive. In the 22 games since Rodgers was appointed Leicester City manager, Vardy has scored 20 goals and 168 FPL points at an average of 7.64 points per appearance.

In term of differential picks for the week, Wolves striker Raul Jimenez (£7.3m) is an intriguing option. After a fairly slow start to the season, Jimenez has now recorded two goals, two assists and 28 points over the last four gameweeks – only Vardy boasts more. Wolves play host to Aston Villa in GW12. The Villains have conceded 11 times in their five away games this season.