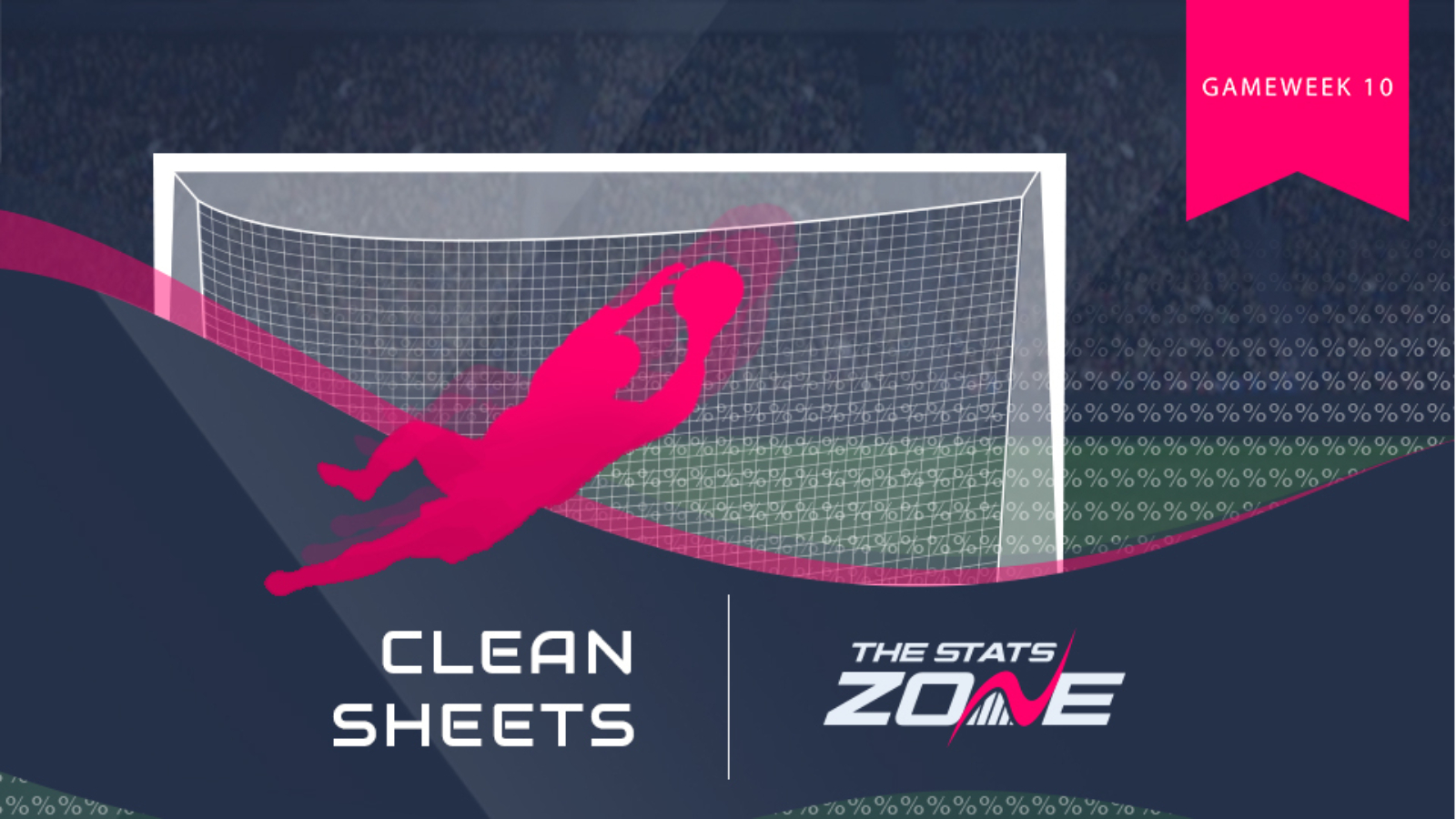 Ahead of GW10, we take a look at which teams have the best chance of keeping a clean sheet. 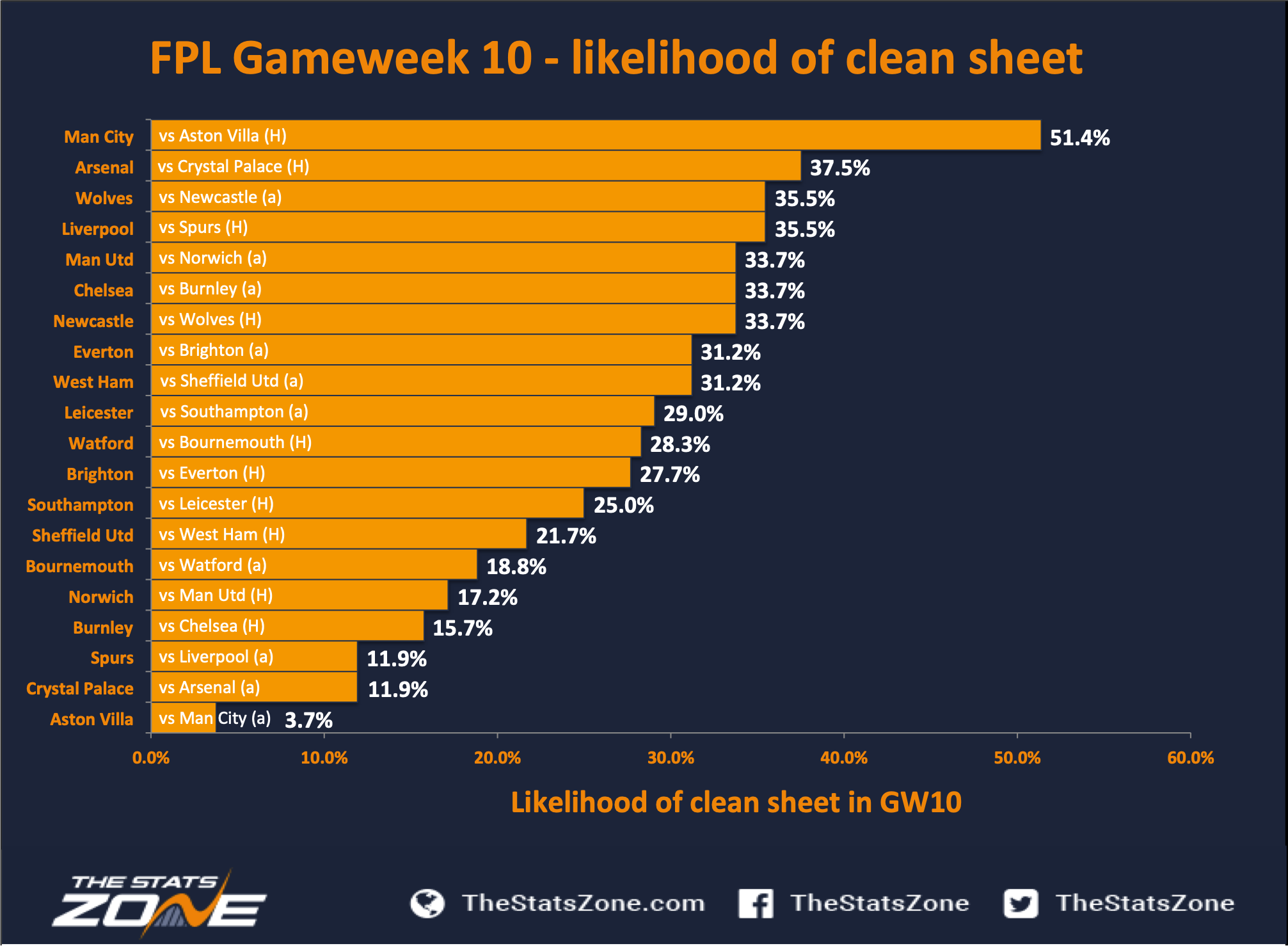 Man City are the top rated team for clean sheet potential in GW10. The club will host Aston Villa and are given a 51.4% likelihood of recording a shutout. While Pep has chosen to go with Rodrigo (£5.5m) and Fernandinho (£5.2m) at the back in recent matches, Rodrigo’s injury could mean one or even both of John Stones (£5.3m) and Nicolas Otamendi (£5.6m) could return to the starting XI.

Second on the list are Arsenal, who host Crystal Palace in GW10. While the Gunners have been struggling to keep clean sheets in recent weeks, the match against Palace could be the ideal time for left-back Kieran Tierney (£5.4m) to start his first league match of the season.

A third interesting option when clean sheet hunting are Sheffield Utd assets. Following their clean sheet against Arsenal in GW9, the Sheffield club now have the joint best defensive record in the league, along with Liverpool, with just seven goals conceded. While John Lundstram (£4.6m) is well known in FPL circles, their other defenders such as Enda Stevens (£5.0m) and Jack O’Connell (£4.5m) are also performing well. Given they are owned by less than 1% of FPL managers, the rest of Sheffield Utd’s backline could offer real differential value.