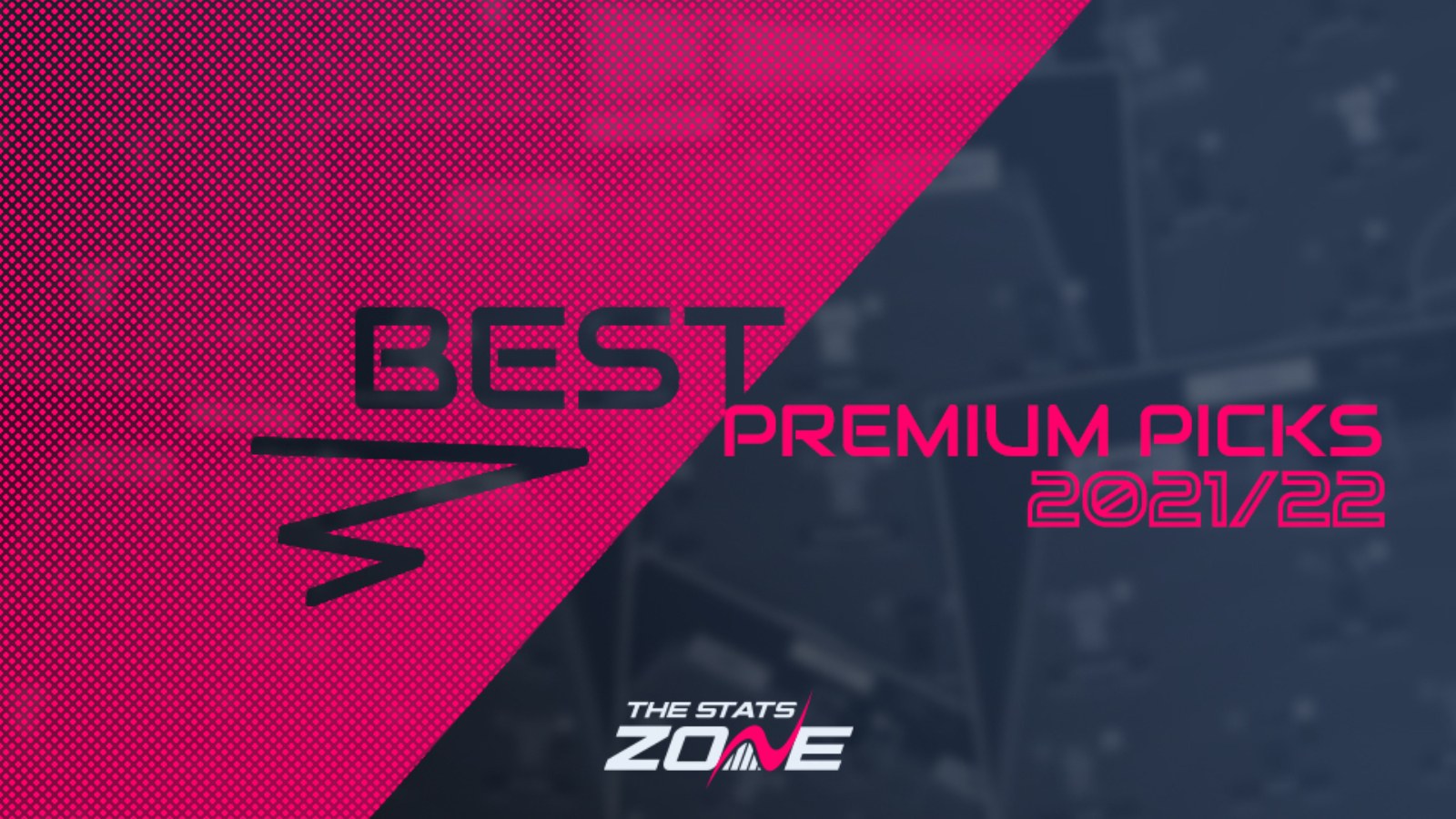 With the launch of the new Fantasy Premier League season having taken place with managers now able to assemble their squads for the new season, we’re casting our eye over some of the best premium picks in all positions ahead of Gameweek 1.

Three goalkeepers are priced at £6.0m, the highest amount in the game for a player in that position. The first is Man City stopper Ederson (€6.0m). Last season’s golden glove winner for a second successive Premier League season recorded 19 clean sheets in the English top flight and 160 FPL points over the course of the season, the second highest amount among the goalkeepers, with only Aston Villa’s Emiliano Martinez (£5.5m) accruing more. Pep Guardiola’s side are once expected to be defensively sound this coming campaign, building on last season which saw them concede just 32 goals across their 28 Premier League games, the least of any club in the division.

Chelsea’s Edouard Mendy (£6.0m) will no doubt prove a big challenger for this season’s golden glove after recording six shut outs and FPL managers are expecting the Blues to be very difficult to score against in their first full season under head coach Thomas Tuchel. The German helped to revitalise Chelsea’s defence last season, which was noticeably shaky under the stewardship of previous boss Frank Lampard and at one stage, Tuchel’s men had recorded seven straight clean sheets in all competitions. This bodes well for those FPL managers putting their faith in Mendy, although Chelsea do not boast the easiest start to the season with trips to both Arsenal and Liverpool in their opening three league matches.

Liverpool were not at their best from a defensive perspective in 2020/21 with key central defender Virgil van Dijk missing a huge amount of the season through injury and first-choice keeper Alisson (£6.0m) could only manage ten clean sheets as a result, although he did miss five league games. However, the Brazilian made waves at the other end of the field, scoring a dramatic equaliser away to West Brom that ultimately was the difference in Liverpool securing an all-important top four finish. Alisson still managed to pick up 140 FPL points (the same number as Mendy) and if Liverpool can return to their defensive best with Van Dijk expected to return in time for the Reds’ curtain raiser vs Norwich, then the 28-year-old will prove a very lucrative selection.

When it comes to defensive assets in Fantasy Premier League, Liverpool players are commanding premium costs with their attacking potential a huge factor in why they are priced so highly. Leading the charge are full-backs Trent Alexander-Arnold (£7.5m) and Andrew Robertson (£7.0m). The former’s cost is an eye watering one for FPL managers, but his points potential justifies the outlay. In 2019-20, Alexander-Arnold racked up four goals, 15 assists and 14 clean sheets, scoring a mammoth 210 points. Whilst last season did not see him live up to those heights, the final few months of the campaign saw him return to his best, finishing with 160 fantasy points, the second highest of any defender. After an injury sustained on international duty kept him out of the England setup this summer, Alexander-Arnold has enjoyed a well-earned extended break and with a full pre-season behind him, it wouldn’t be a surprise to see him return to the heights of 2019/20 from an FPL point of view.

Seeing a lot of haters who think Trent Alexander-Arnold isn't worth 7.5m in #FPL. I couldn't disagree more. TAA is a tremendous player and ready for a huge season in fantasy. He's a season keeper for me.

Robertson doesn’t quite have the command over set pieces that Alexander-Arnold does, but the Scot does get the opportunity to take a number of corners. Last season’s top FPL points scorer among defenders, Robertson will no doubt be looking to roam forward at will down the left-hand side and when added to his obvious clean sheet potential, £7.0m seems a fair price. The best value of the Liverpool trip however, may be found upon Virgil van Dijk (£6.5m). At £1.0m cheaper that Alexander-Arnold, the centre-back’s aerial threat from set pieces should see him among the goals this coming season and of course his presence should automatically increase the number of clean sheets kept by the Reds. Van Dijk recorded four goals, 20 clean sheets and 208 FPL points in 2018/19, backing that up with five goals, 15 clean sheets and 178 points in 2019/20.

Chelsea and Man City each contain two players worth £6.0m in FPL. Cesar Azpilicueta (£6.0m) is a more nailed pick in the Chelsea starting line-up on a gameweek-to-gameweek basis than Ben Chilwell (£6.0m), although the latter is a far more enticing FPL selection when considering his offensive threat. It is a similar story at Man City, with Ruben Dias (£6.0m) a safer selection, but Joao Cancelo (£6.0m) a more attractive option for those managers looking for goals and assists who are willing to take part in the infamous ‘Pep Roulette’.

As was the case with the defenders, it is a Liverpool player that tops the pricing bracket among midfielders. Mohamed Salah (£12.5m) recorded 22 goals and six assists last season, the third time in his four seasons with the Reds that Salah has beaten the 20-goal mark. As a midfielder this makes Salah, who is usually fielded as part of a front three worth his weight in FPL gold with penalties also falling under his command with James Milner not a regular player for Jurgen Klopp’s side.

Salah’s teammate Sadio Mane (£12.0m) is one of three players priced at £12.0m, alongside fellow notorious FPL heavy hitters in Man City’s Kevin De Bruyne (£12.0m) and Man Utd’s Bruno Fernandes (£12.0m). An injury-hit season saw De Bruyne manage just six goals and 12 assists in last year’s Premier League, however FPL managers will remember the 2019/20 campaign in which the Belgian playmaker racked up 13 goals and 23 assists. Fernandes meanwhile, ended this season just gone as the highest scoring FPL asset in all positions, accumulating 244 points with 18 goals and 14 assists. His notorious prowess from the penalty spot only adding to his appeal.

Following an excellent performance at this summer’s European Championships that saw him find the net three times for England, Raheem Sterling (£11.5m) will be hoping to take this form into the domestic season after a disappointing 2020/21 by his standards. When casting an eye over the heavy hitters in midfield and all the options available to fantasy managers, Sterling could emerge as a handy differential despite his premium price. It would also be remiss not to mention Heung-Min Son (€10.0m) after his 17 goals and 11 assists for Spurs in last season’s Premier League. His total of 228 FPL points was the third highest among midfielders and the fourth highest overall.

No doubt, FPL managers will be falling over themselves to add Spurs forward Harry Kane (£12.5m) to their sides despite his price being the largest of any player other than Mohamed Salah. Kane not only secured the Premier League golden boot award last season having found the net 23 times, but also the playmaker award for having recorded the highest number of assists (14) of any player. Such attacking returns saw Kane acquire 242 fantasy points last season, only Fernandes managed more. Like Sterling, Kane enjoyed a successful EURO 2020, scoring four times in total so heads back to Spurs in good form.

Took the little ones on their first holiday ☀️😂 https://t.co/xUbQpsoY0K

The next most expensive forward is a full £2.0m cheaper than Kane in Leicester’s Jamie Vardy (£10.5m). The 34-year-old may have been disappointed not to hit 20 goals last season, scoring 15 goals with 14 assists, double the number of assists he managed in 2019/20. Whilst Vardy is always an exciting FPL option, the signing of Patson Daka from Salzburg could see his Premier League gametime slightly more limited this season with Leicester also featuring in the Europa League.

The only other forward to command an eight-figure price-tag in Fantasy Premier League is Pierre-Emerick Aubameyang (£10.0m). The Arsenal captain had managed 22 league goals in successive seasons leading up to the previous campaign, but could only manage ten goals in 2020/21. With the Gunners not competing in Europe next season, Mikel Arteta’s side can fully focus on the Premier League and this could be work in the favour of any FPL managers considering Aubameyang, with rotation not expected to be a factor.