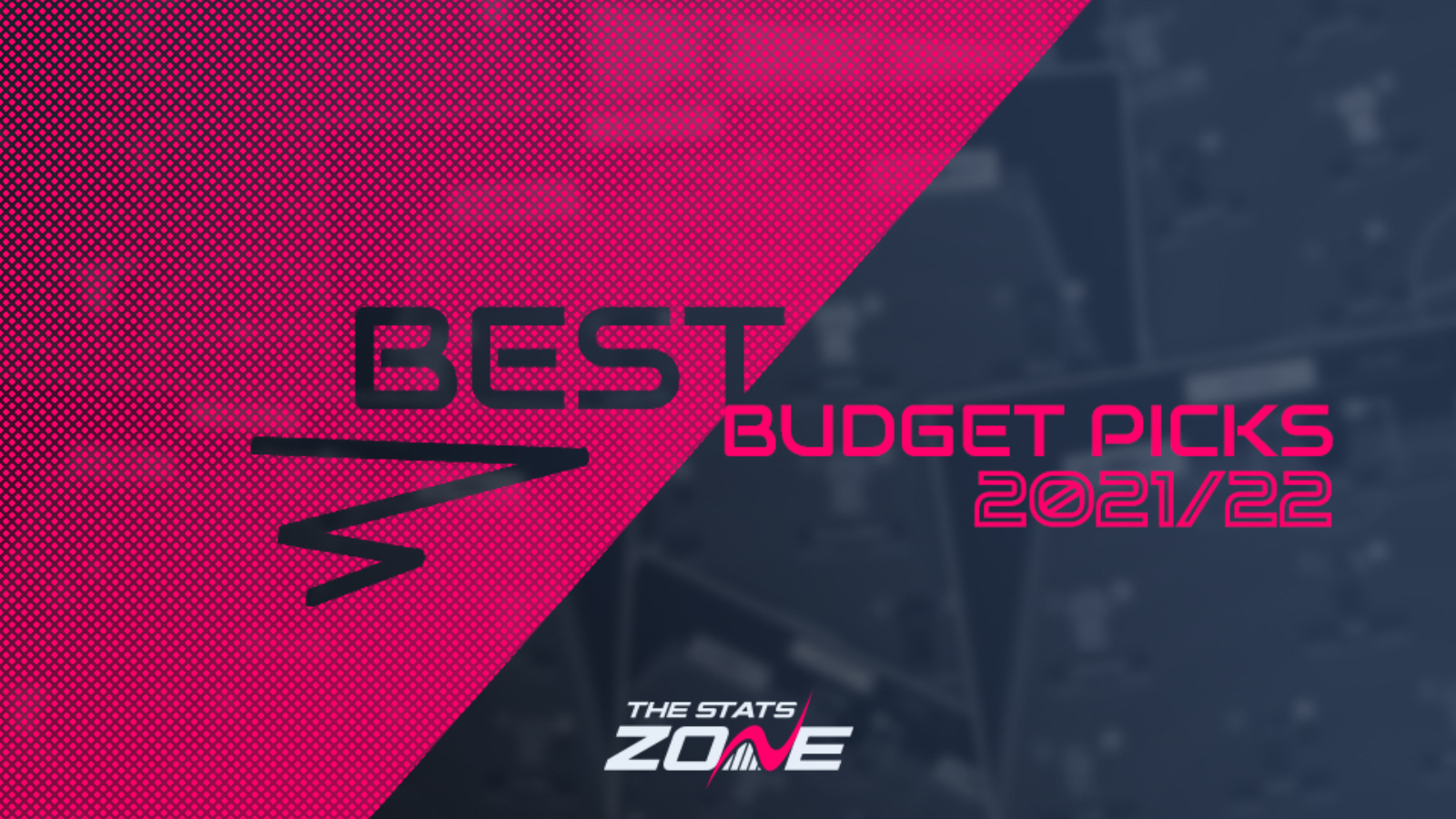 With the launch of the new Fantasy Premier League season having taken place with managers now able to assemble their squads for the new season, we’re casting our eye over some of the best budget picks in all positions ahead of Gameweek 1.

Following an outstanding performance for England throughout the recently concluded European Championships, goalkeeper Jordan Pickford (£5.0m) will be hoping to carry his excellent form into the upcoming domestic season and shine for club side Everton in the Premier League. After conceding just twice throughout the entire tournament, recording five successive clean sheets in the process, an Everton side managed by a normally defensive minded manager in Rafael Benitez could provide the perfect platform for Pickford to continue racking up clean sheets. With the Toffees not facing a ‘big six’ opponent in any of their first six gameweeks, FPL managers would be wise to consider bringing Pickford into their squad for what looks like a bargain price.

The biggest difficulty for those FPL players wanting to start the season with Man Utd’s first-choice goalkeeper, is figuring out exactly who that is. Both Dean Henderson (£5.0m) and David De Gea (£5.0m) will be desperate to begin the season between the sticks for the Red Devils and whoever does get the nod will automatically become a highly enticing FPL proposition at their current price.

Dean Henderson proved his resilience battling David De Gea for the number 1 spot at #MUFC last season🔴 Will Henderson will be number one this season or will De Gea retain his starting spot?🤔 https://t.co/rVPQcO9OS2

Any Premier League starting goalkeeper priced at £4.5m automatically attracts huge fantasy interest among those managers looking to save as much cash as possible in order to invest funds elsewhere in their squads. They can also be used as part of rotational system each gameweek, making use of the best fixtures on paper. With that in mind, Brighton’s Robert Sanchez (£4.5m) could well prove the best option in that position. Only three teams kept more clean sheets than the Seagulls’ 12 shutouts in the Premier League last season and Sanchez impressed since establishing himself as their first-choice stopper.

Remaining with Brighton, defender Tariq Lamptey (£4.5m) was a huge talking point last season, with the right-wing back often playing in a heavily advanced position under head coach Graham Potter. Lamptey had recorded a goal and three assists going forward, proving to be a serious source of points from an FPL perspective before injury saw him not feature since mid-December. If Lamptey can carry on the form that he showed going forward before he got injured, then combine that with Brighton’s clean sheet potential and the 20-year-old should prove an absolute bargain at his starting price.

Another player sparking excitement among FPL managers for his surprising low price-tag is Wesley Fofana (£4.5m). With FA Cup winners Leicester expected to have another successful season, Fofana represents an unexpectedly cheap route into the Foxes defence. The young Frenchman hugely impressed in 2020/21 and could be set for a starring role in Brendan Rodgers’ team heading into this upcoming campaign. Any managers looking to rotate £4.5m defenders in their starting line-up each gameweek could match up Leicester’s Fofana with Brighton’s Lamptey.

Lamptey and Fofana are both 4.5m and rotate pretty well together!! #FPL https://t.co/zsjgU4KaCn

Any Burnley defender priced at £4.5m is going to court huge interest with the Clarets’ defensive prowess in the Premier League under Sean Dyche notorious. When fit, Charlie Taylor (£4.5m) appears to be Dyche’s preferred starter at left-back and isn’t afraid to get forward when possible, picking up two assists last season. Brighton (H) is a fixture many will earmark as one that sees a classic Burnley clean sheet at Turf Moor and one that could see Taylor accrue an early haul of points.

After a EURO 2020 campaign that saw him not afforded the gametime we would have perhaps liked by England boss Gareth Southgate, Jack Grealish (£8.0m) will be determined to show everyone his attacking capabilities for club side Aston Villa in the Premier League this season. From a fantasy football perspective, owners of Grealish will be hoping that he makes a mockery of his £8.0m price, which could well be seen as generous. With a total of six goals, 12 assists and 135 FPL points last season, Grealish will be expected to improve even further on that tally in this upcoming campaign as Aston Villa’s key creative outlet going forward. With a point to prove and three enticing opening fixtures vs Watford (a), Newcastle (H) and Brentford (H), it is no surprise that folk have been falling over themselves to ensure they have Grealish in their respective squads for Gameweek 1.

As someone who has consistently shown that they can score regularly in the top flight of English football, Wilfried Zaha (£7.0m) is another player capable of recording FPL point hauls far higher than his price-tag suggests. Zaha has netted ten or more goals in two of the last three Premier League seasons for Crystal Palace and has been classed as midfielder this season, although he has plenty of experience playing as a part of a front two for Palace. The Eagles have a new boss this season in Patrick Viera and whilst it remains to be seen how he sets his side up for the campaign, Zaha is surely set to play key role in his plans.

After appearing to have been awarded the coveted number ten shirt for the upcoming season, plenty of Arsenal fans and FPL managers alike about the prospect of seeing much more of attacking midfielder Emile Smith-Rowe (£5.5m) this season. The youngster broke into the Arsenal first-team in the Premier League as the season wore on and made a real impact, adding an injection of energy and quality in the final third in what was a poor side. Four goals and eight assists in all competitions (five in the Premier League) gave an indication of what Smith-Rowe can offer this Gunners’ side and being given the number ten shirt may well indicate that he is possibly being lined up for a regular starting role. If so, he would have the potential to become the biggest bargain of this upcoming FPL season at just £5.5m. One to keep an eye on for sure!

After joining Aston Villa from Brentford last summer, striker Ollie Watkins (£7.5m) enjoyed a hugely successful debut season in the Premier League, accumulating 14 goals and eight assists. This led to him earning a total score of 168 FPL points, the fourth highest among all forwards. The 25-year-old will be looking to kick on in 2021/22, especially when considering that he was narrowly left out of the final England squad who competed in the European Championships. Villa’s attractive opening three fixtures on paper mentioned earlier in the piece, will be earmarked as ones that can see Watkins successfully rack up a healthy number of attacking returns.

One of those games is against Watkins’ former club Brentford after allowing him to leave Aston Villa summer, he was replaced by Peterborough Utd’s Ivan Toney (£6.5m). That decision turned out to be a masterstroke for the Bees as Toney netted 31 league goals in the regular season, a Championship record. Two more goals in the playoffs, both from the penalty spot helped secure Brentford promotion to the Premier League where Toney will be tasked with scoring the goals to help maintain their place in the top flight. We’ve seen forwards such as Charlie Austin and Teemu Pukku make successful transitions from the Championship to the top flight, particularly early on in the season and Toney will back himself to do the same. At just £6.5, he looks the ideal third forward for any FPL squad.

With Danny Ings potentially set to leave Southampton this summer, the responsibility to score goals for the Saints is likely to fall upon the shoulders of Che Adams (£7.0m). The former Birmingham City star improved on his four goals and four assists managed in 2019/20, with nine goals and seven assists in 2020/21. It would therefore, be no surprise if those numbers increased again, making him a shrewd pick from an FPL point of view. Adams’ minutes on the pitch will surely grow to an all-time high for Southampton this season should Ings leave the club and his high energy playstyle could reap the benefits going forward towards the end of matches against tiring defences.