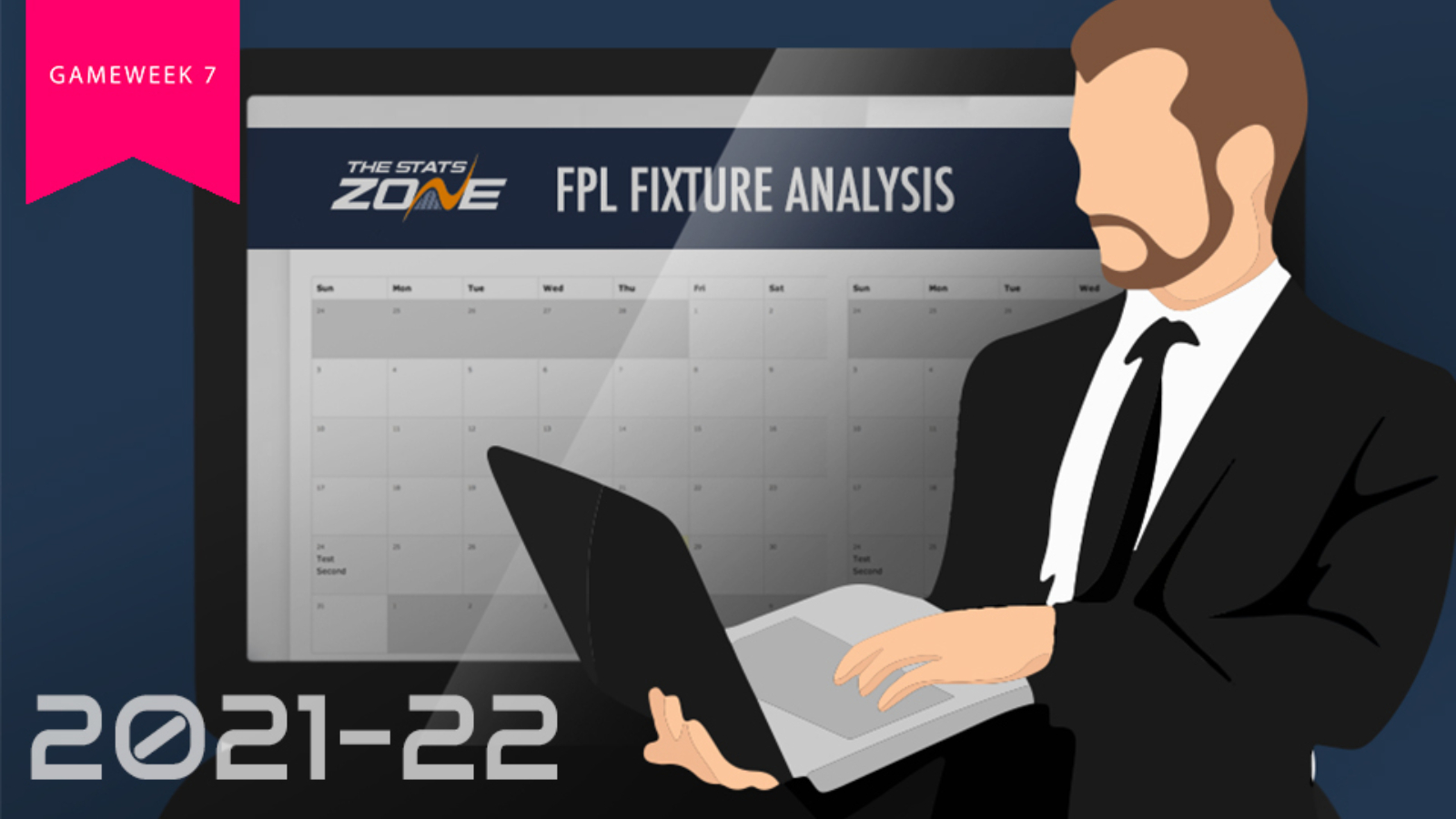 Gameweek 6 began with an intriguing clash between two sides expected to be fighting for the Premier League title right up to the end of the season. In the end, it was Man City who overcame Chelsea by a goal to nil at Stamford Bridge, with Gabriel Jesus (£8.6m) scoring the only goal of the game, his fifth attacking return of the season. There was also a huge shock on Saturday lunchtime as Man Utd were beaten 0-1 by Aston Villa at Old Trafford through a late goal from centre-back Kortney Hause (£4.4m), whilst the contest will not be remembered fondly by midfielderBruno Fernandes (£11.9m) who missed a penalty for to salvage a point for Man Utd at the death.

Later in the day, in-form West Ham striker Michail Antonio (£7.9m) netted a winner late on at Elland Road as the Hammers triumphed 1-2 away at Leeds, whilst Jamie Vardy (£10.4) scored a hat-trick in for Leicester in their 2-2 draw with Burnley. Unfortunately for Vardy, one of those goals came at the wrong end, with Burnley’s Maxwel Cornet (£6.0m) also scoring in his first start for the Clarets. The teatime kickoff saw Brentford and Liverpool play out a thrilling 3-3 draw in London with Mo Salah (£12.6m) extending his goalscoring tally in the Premier League this season to five goals. Sunday’s North London derby was dominated by Arsenal and their young midfield stars Emile Smith Rowe (£5.3m) and Bukayo Saka (£6.2m), with both accruing a goal and assist in a 3-1 victory over local rivals Spurs. Elsewhere, Raul Jimenez (£7.5m) scored for the first time since his return from a fractured skull sustained back in November 2020 as Wolves overcame Southampton 0-1 at St Mary’s. The Monday Night Premier League fixture ended in a 1-1 draw between Crystal Palace and Brighton after a late equaliser from Neil Maupay (£6.5m) cancelled out a Wilfried Zaha (£6.9m) penalty for the hosts.

Neal Maupay has scored 4 Premier League goals in just 6 appearances this season, he managed just 8 in 33 appearances last campaign. What a finish! 🧊 https://t.co/tP4AUr9Deu

With one more round of Premier League fixtures before the second international break of the 2021-22 campaign, we highlight those Gameweek 7 fixtures that stand out the most from an FPL point of view, whilst noting any players that could be set to shine.

LUKAKU IN HEAVEN AGAINST THE SAINTS

When Romelu Lukaku (£11.7m) faces Southampton, more often than not he finds the net. Gameweek 7 will see Lukaku take on the Saints for the 13th time in his career and the Chelsea forward will be looking to increase his tally of nine goals and three assists against them as the Thomas Tuchel’s side look to bounce back from their defeat against Man City in Gameweek 6. However, Southampton have kept two clean sheets across their last three Premier League games and won’t prove easy to break down here, so it’s vital that Chelsea’s midfielders and wing-backs supply Lukaku with the service required for the Belgian star to do what he does best.

Everything is telling me to do Ronaldo to Lukaku. It just makes too much sense. I could wait til 9 but Lukaku could do serious damage to that Southampton team. 🤔

Chelsea also boast the second strongest defensive record in the Premier League so far this season with just two goals conceded from their opening six games in the English top flight and against a Southampton side who have failed to score in their last three league fixtures, investing in Chelsea defenders looks a shrewd move from an FPL perspective. Both Cesar Azpilicueta (£6.0m) and Antonio Rudiger (£5.7m) appear to be the most certain starters among their backline, whilst Marcus Alonso (£5.9m) provides a large attacking threat from left-wing-back.

LEEDS HOPING TO KLICH AGAINST WATFORD

Leeds Utd remain without a victory after six Premier League games although that hasn’t stopped a number of their players from proving reliable FPL assets. Of their six goals scored so far this season, Brazilian midfielder Raphinha (£6.5m) has netted three of them, accruing 28 fantasy points in the process, the most of any Leeds player. The Whites will have no doubt marked this Gameweek 7 fixture at home to Watford as a must win game and with forward Patrick Bamford (£7.9m) a huge doubt for weekend, head coach Marcelo Bielsa will be relying on other names to step up and secure their required attacking returns.

🏥 | INJURY NEWS 🗣️ Bielsa on Raphinha: "He let us know that it was becoming difficult to stay on the pitch. Throughout the whole week, he was recovering from the knock he received against Newcastle. He played a great game as long as he could stay on the field." #FFScout #FPL https://t.co/cOVxB9ymNE

One of those men could be Mateusz Klich (£5.5m). The Polish central midfielder is expected to take penalties should be Bamford be absent and already has one goal to his name at Elland Road this season against Everton. Another player worth considering is Rodrigo (£6.3m), who is likely to get the nod up front against the Hornets as he did last weekend. Watford however, contain a serious FPL star of their own in Ismaila Sarr (£6.3m). Playing on the wing, Sarr represents the visitors’ most notable offensive threat and is in red-hot form, scoring three goals across Watford’s last two league games, accumulating 24 fantasy points in the process. It would be no surprise to see him add to that tally here against a Leeds side who are yet to keep a Premier League clean sheet in 2021-22.

Wolves will be hoping that their hard-fought 0-1 win away at Southampton this past Sunday represents a turning point in their season as they look to embark on a winning run. In Newcastle, they face the sort of opponent they will have wanted to back that Southampton victory up, with the Magpies having failed to win a Premier League fixture so far this season, shipping 14 goals in the process. This bodes well for owners of Raul Jimenez as he seeks to score in consecutive league games. Jimenez’s last goal scored before suffering his sickening injury away at Arsenal was against Newcastle and he’ll be hoping to repeat the dose here.

Jimenez’s isn’t the only Wolves player worth investing in for Gameweek 7. Nelson Semedo (£4.9m) at right-wing-back combines defensive stability with attacking threat and the Portuguese international was unlucky to be denied a goal by Southampton keeper Alex McCarthy in Gameweek 6. Forward Hee-Chan Hwang (£5.5m) started his first match for Wolves last weekend and is likely to line-up from the start once again here as he seeks a first goal at Molineux. From a Newcastle perspective, only Allan Saint-Maximin (£6.8m) really stands out as a viable FPL option, the 24-year-old has scored two league goals this campaign and Wolves are an opponent whom Newcastle have scored against in each of their last six Premier League fixtures against each other.