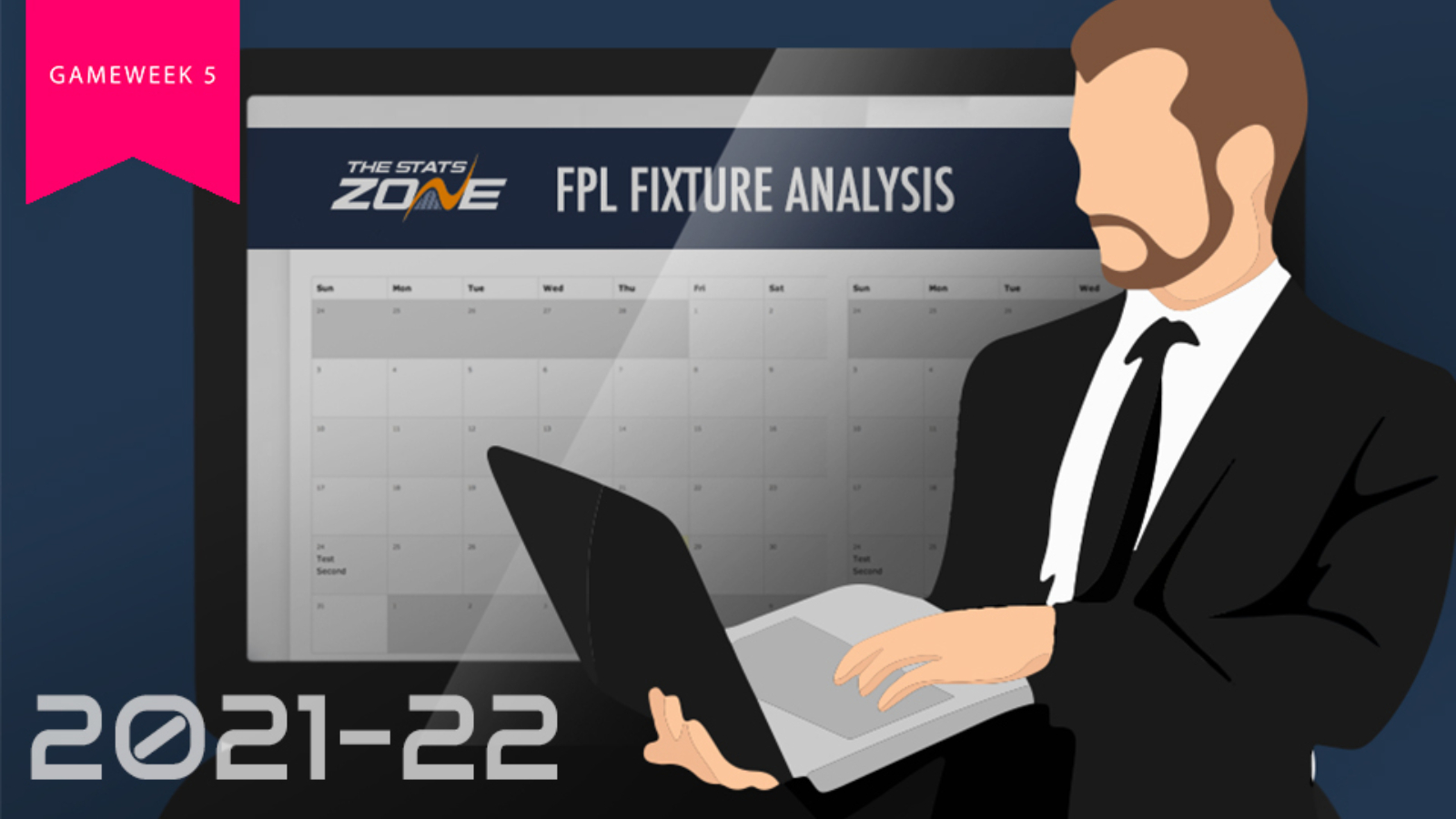 Gameweek 4 kicked off with a big shock on Saturday lunchtime, as Spurs saw their 100% Premier League record come to an emphatic end at the hands of local rivals Crystal Palace, as the Eagles ended their winless start to the season in style by beating Nuno Espirito Santo’s side 3-0 at Selhurst Park. Midfielder Conor Gallagher (£5.6m) built on his two-goal showing away at West Ham the previous weekend with two assists in this one, whilst new signing Odsonne Edouard (£6.5m) marked his arrival to the Premier League in style, the forward coming off the bench to score twice. Meanwhile, Spurs’ North London neighbours Arsenal were victorious by a goal to nil against Norwich, a match dubbed by some as a “relegation six-pointer”. Striker Pierre-Emerick Aubameyang (£9.9m) netted the only goal for the Gunners to ease the pressure somewhat on under-fire head coach Mikel Arteta.

All the Premier League’s expected title contenders this season were winners in Gameweek 4, with reigning champions Man City narrowly defeating Leicester 0-1 away from home thanks to a Bernardo Silva (£6.9m) goal. Cristiano Ronaldo (£12.5m) started on his triumphant return to Old Trafford and netted twice for Man Utd in their 4-1 beating of Newcastle, whilst Romelu Lukaku (£11.6m) also scored two goals as Chelsea brushed aside Aston Villa 3-0. Jurgen Klopp’s Liverpool beat Leeds 0-3 at Elland Road with goals from midfielders Mo Salah (£12.5m), Fabinho (£5.4m) and Sadio Mane (£11.9m). although the match was overshadowed by a serious ankle injury to teenager Harvey Elliott (£5.5m) in a challenge that saw Leeds Utd defender Pascal Struijk (£4.4m) sent off.

Harvey Elliott has undergone successful surgery on the ankle injury he sustained during Sunday’s victory at Leeds United.

We now turn our attentions to Gameweek 5 immediately following a full round of midweek Champions League, Europa League and Conference League fixtures involving Premier League clubs. With plenty of fixtures standing out from a fantasy football perspective, we pour over those that are taking our fancy and highlight some FPL assets potentially set to pick up a substantial haul of points.

Southampton travel to the Etihad Stadium in Gameweek 5, a ground which has seen them concede 13 goals over the course of their last three visits in the Premier League. Man City are on the back of successive 5-0 league victories at home and it would be no surprise if they find themselves in among the goals once again in this one. Currently the joint-highest scorers in this season’s Premier League with three clean sheets also to their name, there is no shortage of City players who appeal from an FPL point of view.

Ferran Torres has been directly involved in 5 goals in his last 4 games for club and country: ⚽️⚽️🅰️ vs Arsenal ❌ vs Sweden ⚽️ vs Georgia ⚽️ vs Kosovo On the scoresheet again this evening. #MCFC | @ManCity | #FPL https://t.co/FZXno1TjL6

As always with Man City, the toughest task is picking players set to feature in the starting line-up. Both Ferran Torres (£7.2m) and Jack Grealish (£8.0m) have started in each of the hosts’ four Premier League games so far and of the five attacking returns accumulated between them, each have come at the Etihad Stadium. Despite being listed as a midfielder in FPL, Torres has been fielded as a striker which adds further to his appeal. For those looking to capitalise on Man City’s penchant for clean sheets, defender Ruben Dias (£6.0m) and goalkeeper Ederson (£6.0m) are the least likely to fall victim of Pep Guardiola’s tinkering with centre-back Dias also an attacking threat due to his aerial prowess from set pieces.

RONALDO TO CONTINUE HAMMERING IN THE GOALS

Last weekend felt like a celebration for Man Utd, as they welcomed back the return of one of their greatest players. Cristiano Ronaldo (£12.5m) delivered in style, scoring a brace on debut and acquiring 13 FPL points in the process. The leading all-time goalscorer in men’s international football backed this up with another goal for United in their Champions League clash away at Young Boys in midweek, although his side ultimately succumbed to a 2-1 defeat having been reduced to ten men in the first half. This doesn’t bode well for Man Utd’s Gameweek 5 opponents West Ham, with a strong response expected from the Red Devils.

Ronaldo will no doubt be the hunt for more goals and more FPL points as a result, whilst midfielder Bruno Fernandes (£12.0m) already has four Premier League goals to his name this season and showed his creative skills against Young Boys, setting up Ronaldo’s opening goal with a brilliant pass. Mason Greenwood (£7.7m) has also established himself a serious FPL prospect this campaign having recorded three goals and an assist with one attacking return accrued in every gameweek thus far. West Ham will be without the services of star forward Michail Antonio (£7.9m) due to suspension, which is likely to have a negative effect on the potency of David Moyes’ side in front of goal. With that in mind, the appeal of Luke Shaw (£5.5m) and Harry Maguire (£5.4m) from an FPL perspective only increases.

NORWICH ATTACKERS TO SWARM THE HORNETS

Four matches, four defeats, one goal scored and 11 conceded. To say this has been a poor start to the season for newly promoted Norwich would be an understatement. However, you can certainly argue that the fixture computer has been kind to them, with Daniel Farke’s side having already played three of last season’s top six. Watford at home in Gameweek 5 will be seen by many as the first match that Norwich can seize by the scruff of the neck offensively, with the Hornets’ last two away league matches seeing them fall to defeat.

Not this season, although as I've said in the article, I'd expect a more attacking shape in games against direct rivals (like Watford at home) & for Pukki to still be the main man, as long as he finds form. And even if do start with a 3-4-3, can change mid-game & go for it #NCFC https://t.co/oclEbYZYG7

With Norwich surely looking to attack at every opportunity here with three points so important, Teemu Pukki (£5.9m) could well have a decisive part to play in this one. A former Premier League player on the month, Pukki is the scorer of Norwich’s only league goal so far this season. Behind Pukki, a couple of midfield picks are worth casting an eye over. Whilst Todd Cantwell (£5.4m) was fielded from the bench away at Arsenal last weekend, he is likely to be restored back into the starting XI at home. Central midfielder Pierre Lees-Melou (£5.0m) will be hoping to build on his assist for Pukki in Gameweek 3. However, the Canaries’ offensive style of play could see them vulnerable to the counter attack, which will be of huge interest to owners of Watford winger Ismaila Sarr (£6.0m) who is the perfect player to take advantage of any space inside the opposition half.