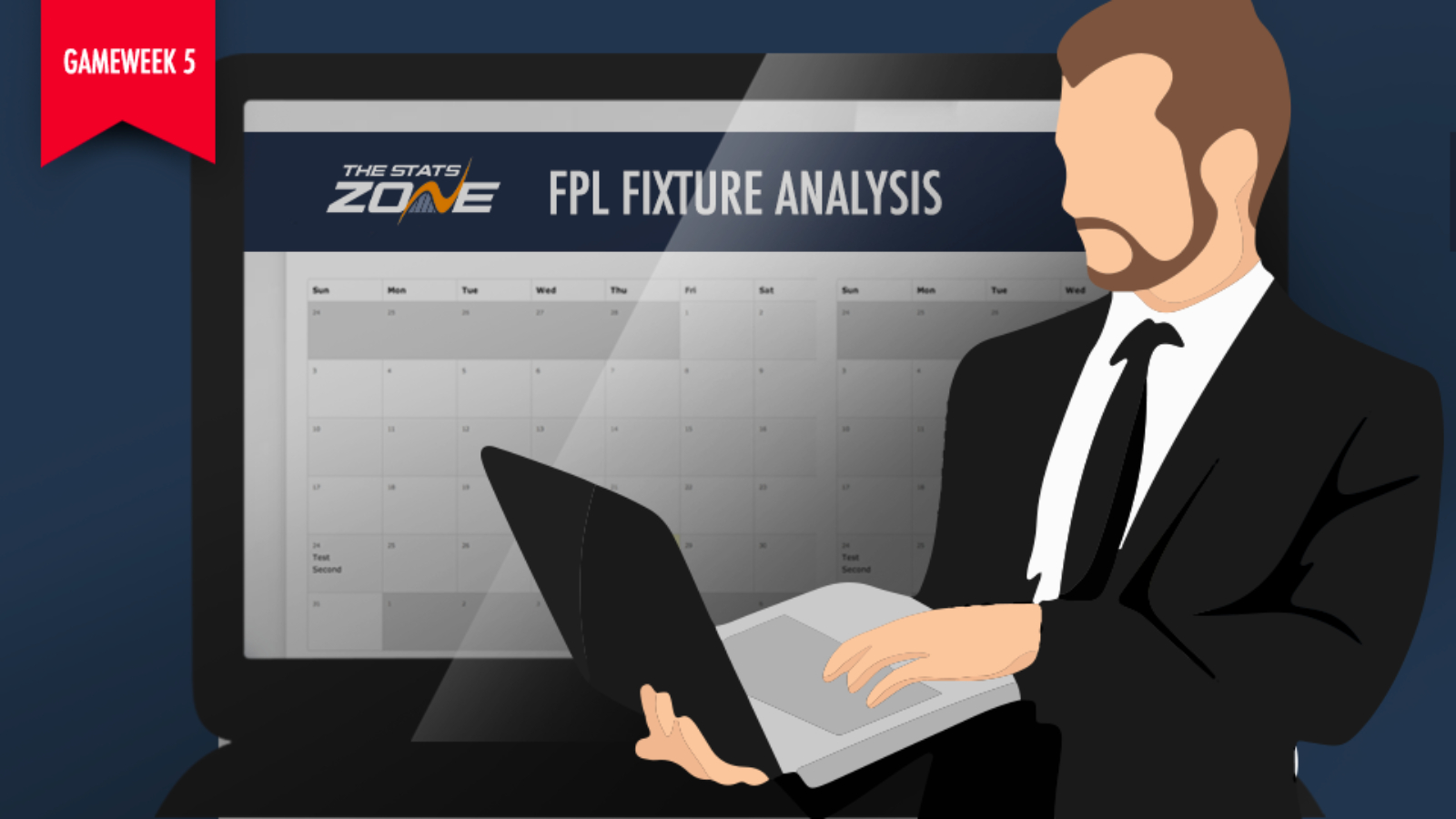 The final game before September’s international break saw Arsenal come back from a 2-0 deficit to draw with Spurs in the North London derby. Christian Eriksen's (£8.8m) tap-in and a Harry Kane (£11.0m) penalty put Mauricio Pochettino’s side in the lead but the Gunners levelled through Alexandre Lacazette (£9.4m) and Pierre-Emerick Aubameyang (£11.0m). FPL braces were aplenty, with Tammy Abraham (£7.2m), Richarlison (£7.9m) and Jamie Vardy (£8.9m) all scoring twice. The latter added an assist to reach 16 points, as did Sergio Aguero (£12.1m) during Man City’s 4-0 win over Brighton.

It was a rare blank for both Teemu Pukki (£7.0m) and Raheem Sterling (£12.3m), whilst Kevin De Bruyne (£9.8m) delivered an assist for the fourth consecutive week. He even found time to notch his first strike of the season, although the game was overshadowed by the knee injury sustained by Aymeric Laporte (£6.4m), who will miss the next four months. Liverpool are still top of the league after their 3-0 win at Burnley, where Sadio Mane (£11.5m) was enraged at team-mate Mo Salah (£12.5m) for not passing to him in a dangerous position. They kick off Gameweek 5 by hosting Newcastle.

The equaliser meant that Aubameyang has delivered attacking returns in every game so far, although only once has he brought in more than six points. After two difficult games, Arsenal are about to enter a promising run of games that sees them face only one fellow ‘Big Six’ side before early December. Up first is last-placed Watford (a), before Aston Villa (H), Man Utd (a), Bournemouth (H), Sheffield Utd (a) and Crystal Palace (H).

In 66 minutes while playing wide yesterday, Aubameyang did not have a shot in the box.

Alternative coverage can be found in the cheaper Lacazette – often overlooked but he did limp off last Sunday – and the new Nicolas Pepe (£9.4m). The Ivorian is adapting to the league and is therefore risky, but his midfield classification could tempt managers to make that punt. Dani Ceballos (£5.7m) is an enticing cheap midfielder option and he certainly passes the eye test, but his benching against Tottenham was a reminder that he’s competing for midfield spots with Lucas Torreira (£4.9m), Matteo Guendouzi (£4.5m), Granit Xhaka (£5.4m) and Mesut Ozil (£7.3m). Defensively, it’s probably best to avoid Arsenal completely.

WHICH WILSON TO WISH FOR?

Another player to have scored or assisted in all four games is Callum Wilson (£7.8m), yet the Bournemouth striker has already dropped in value twice as he rapidly sheds ownership. It has to be added that he’s only scored five FPL points each time, missing all bonuses. His namesake Harry Wilson (£6.0m) has emerged as a differential option despite only playing 53% of minutes. The loanee scored against Aston Villa and Man City and will hope to secure his place in Eddie Howe’s starting 11 in the absence of David Brooks (£6.4m).

On paper, it looks like a difficult period for Leicester. Facing Man Utd (a), Spurs (H) and Liverpool (a) in their next four games is a thankless task for most teams, but Brendan Rodgers’ men seem to raise their game on such occasions. Whilst not quite ‘fixture-proof’, the Foxes won three and drew two of last season’s 12 ‘Big Six’ games, as Vardy has scored an impressive 34 times from 54 meetings against them. The 32-year-old had a fantastic time against Bournemouth, having both the form and history to be a great FPL option going forward.

Top scoring players with below 10% ownership

Who becomes next band-wagon?

Also in their next six games are Newcastle (H), Burnley (H) and Southampton (a), giving the disappointing Ayoze Perez (£6.2m) a chance to score against his former club. Without any goals or assists so far, the Spaniard was dropped completely last time out. Many of his initial 10% ownership have already jumped ship, some to James Maddison’s (£7.1m) creativity and some to Youri Tielemans (£6.4m), who scored 12 points in Gameweek 4. Their defence has only kept four clean sheets in their last 17 league games and have lost Harry Maguire (£5.5m) to Man Utd but this may be a good time to take a chance on centre-back Caglar Soyuncu (£4.5m) – a cheaper alternative to Ricardo Pereira (£6.0m).

One team to avoid is Watford, who sacked manager Javi Gracia on Saturday after a horrendous run of form that saw the Hornets only win twice in 13 league games - and even those were against relegated sides Fulham and Huddersfield. Their confidence was shattered by the 6-0 FA Cup final humiliation against Man City, with no clean sheet since Gameweek 26 of last season.

Swiftly re-appointing Quique Sanchez Flores has confused many, as the Spaniard walks into a brutally tough start against Arsenal (H), Man City (a), Wolves (a), Sheffield Utd (H) and Tottenham (a). New manager bounces do happen, of course, but it’s certainly not something to risk FPL transfers on. Only two goals have been scored and no asset has over 2.7% ownership.