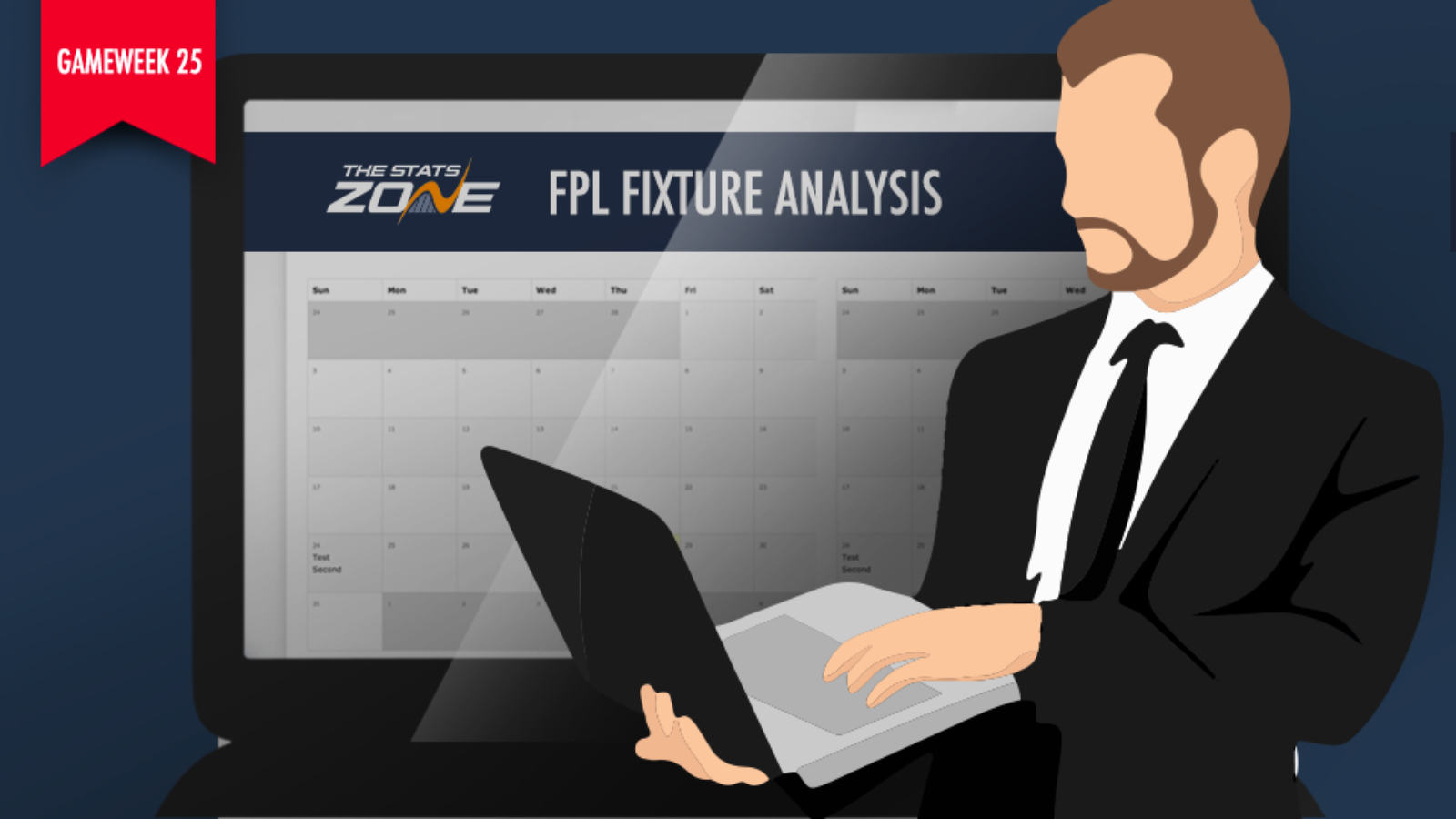 Gameweek 24 will go down in the echelons of Fantasy Premier League history for all the wrong reasons if you're an owner of Sadio Mane (£12.3m). The sight of the Senegalese midfielder walking off the field injured after 33 minutes of Liverpool's first fixture of their double gameweek devastated the 270,144 people that placed their triple captain chip upon him. There was also frustration for those who own two Liverpool defenders with the Reds conceding for the first time since Gameweek 15, however they made up for it in Liverpool's second Gameweek 24 fixture, shutting out West Ham in a 0-2 win for the Reds at the London Stadium. Mo Salah (£12.5m) stepped up to the plate in the absence of Mane, registering both a goal and an assist in the game against the Hammers which gave him a final Gameweek 24 total of 16 FPL points. Owners of Roberto Firmino (£9.6m) also had cause for celebration, with the Brazilian netting the winner in the league leaders' 1-2 victory over Wolves. It was Firmino's eighth goal away from home this season and saw him earn 9 FPL points overall from the two fixtures.

I’ve sat in the dentist’s chair for almost 4 hours today. I’ve bought a ‘congrats for surviving’ g&t on the train which I can’t drink as my teeth are too sore. And now Mane goes off injured. I know, first world problems and all that, but I’ve not enjoyed today much. #FPL

The rest of Gameweek 24 took somewhat of a backseat, with all eyes on Liverpool's two fixtures. Man Utd suffered the affects of an absent Marcus Rashford (£8.9m) through injury as they slumped to a 0-2 home defeat vs Burnley. Leicester also suffered an injury setback with Jamie Vardy (£9.9m) forced off after 42 minutes of their game against West Ham, however it didn't stop the Foxes from cruising to a 4-1 win against the Hammers. London rivals Chelsea and Arsenal played out an entertaining 2-2 draw at Stamford Bridge, whilst Spurs edged past Norwich 2-1 with goals from midfielders Dele Alli (£8.5m) and Heung-Min Son (£9.9m). Relegation-battlers Bournemouth also secured a crucial 3-1 win at home to Brighton with Callum Wilson (£7.4m) on the scoresheet for the first time in the Premier League since Gameweek 7.

SCOUT: Callum Wilson (£7.4m) scores a goal, his first attacking return in 17 GWs, after starting the season with returns in 7 straight GWs With only 4.6% ownership, AFC Bournemouth look ahead to largely favourable fixtures #FPL #BOUBHA https://t.co/QngpDSZcfb

Liverpool manager Jurgen Klopp has confirmed that Sadio Mane (£12.3m) will not be ready to face Southampton (H) in Gameweek 25. This leads to the onus falling even more heavily upon teammate Mo Salah (£12.5m) to come up with the goals in Mane's absence. Of Salah's 12 league goals this season, ten of those have come at Anfield and he'll be confident of increasing that tally against the Saints.

The Reds have an enticing run of fixtures ahead as they look to wrap up the Premier League title as early as possible. Their next five fixtures see them face Southampton (H), Norwich (a), West Ham (H), Watford (a) and Bournemouth (H). Mane is expected to return for Gameweek 26, whilst the likes of Salah, Roberto Firmino (£9.6m) and Liverpool's flying full-backs Trent Alexander-Arnold (£7.6m) and Andrew Robertson (£7.0m) will all be expected to net a healthy amount of FPL points over these next five gameweeks.

After missing Arsenal's last three games in all competitions through suspension, captain and top goalscorer Pierre Emerick Aubameyang (£10.7m) will return to action for the Gunners against Burnley (a) in Gameweek 25. Aubameyang already has 14 Premier League goals to his name so far this season and boasts a strong record against the Clarets, having netted seven goals in four games against Sean Dyche's side.

Arsenal are another side that benefit from friendly fixtures on paper over the next few weeks. Following Burnley (a), their next two games see them entertain Newcastle (H) and Everton (H). With the Gunners unbeaten in their last four league matches under new boss Mikel Arteta, jumping on Arsenal assets such as Aubameyang could turn out to be a shrewd move for FPL managers.

DON'T BEAT AROUND THE BOLY

Despite going down 1-2 to Liverpool in Gameweek 24, Wolves were boosted by the return of defender Willy Boly (£4.7m) to the first-team squad. The French centre-back has proven a key player in Nuno Espirito Santo's side since joining Wolves back in summer 2017 and was named on the bench for the clash with the Premier League leaders. Boly should therefore be in-line to start against Man Utd (a) in Gameweek 25.

Boly firmly on my Watchlist (thread): - Returning from injury - £4.7 m (price drop) - No blank in GW31 - Will be nailed in the team even as Europa League football returns Wolves are not keeping many CS’s, but I think that might change: (1/5) https://t.co/lSYyra10Oq

Wolves welcome sides to Molineux in two of their next three Premier League games, with their trip to Old Trafford followed by matches against Leicester (H) and Norwich (H). The Black Country outfit drew 0-0 with Leicester in their clash at the King Power Stadium back in Gameweek 1 and with Norwich struggling at the bottom of the table, Boly could prove a cheap route into the defence of a strong Wolves side gunning for clean sheets in both games. Alternately, value is still to be had going forward with both Adama Traore (£5.8m) and Raul Jimenez (£7.6m) in great form.