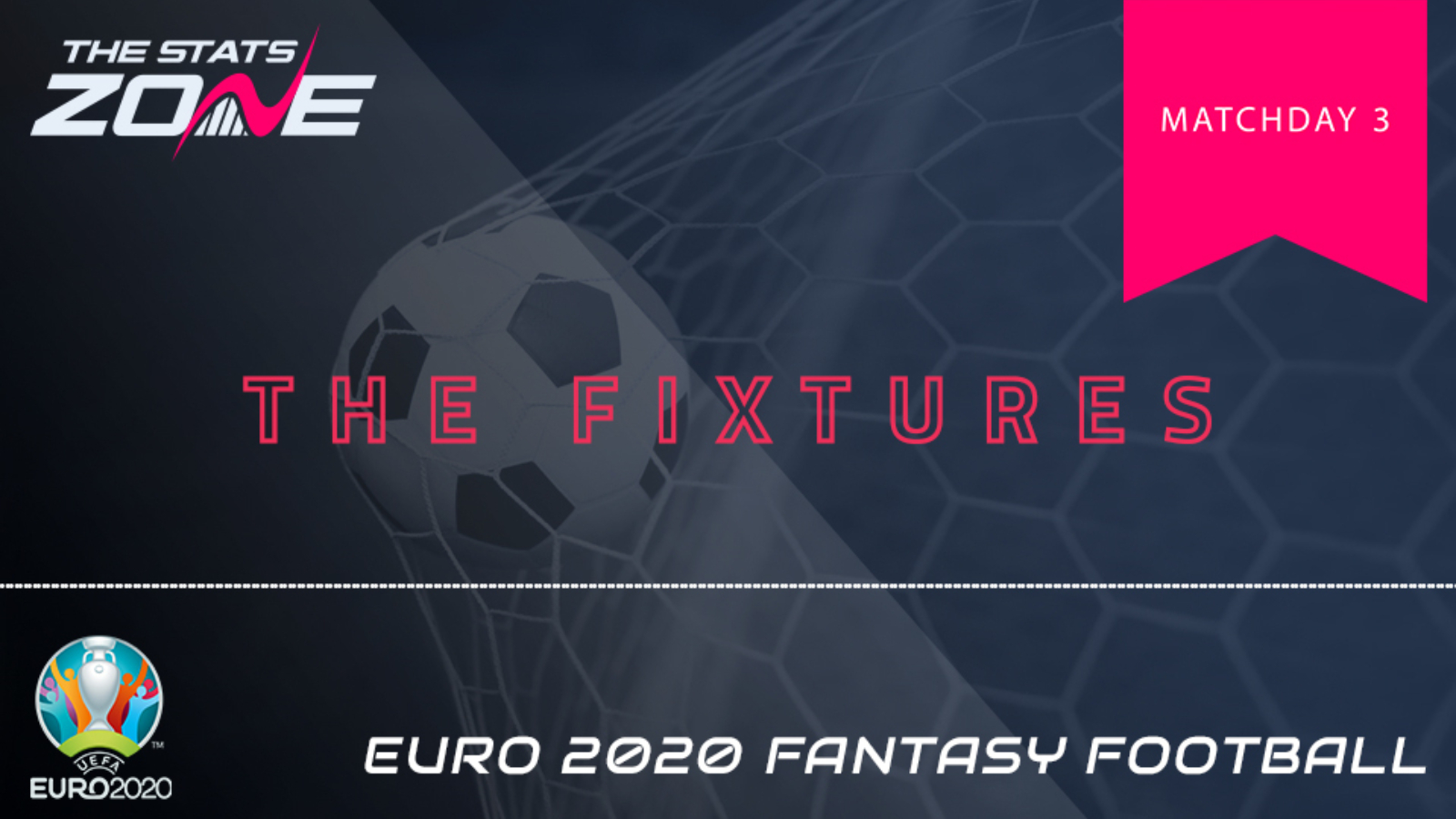 Matchday 2 is already going a long way as to determining the teams likely to find themselves qualifying for the knockout stages, with a number of countries having already booked their places in the last 16. First to do so was Italy following a second successive three nil triumph in Group A, with Ciro Immobile (€10.0m) starring once again after finding the net for the second time at EURO 2020. From a EURO fantasy perspective, many managers were forced to sit up and take notice of Manuel Locatelli (€5.5m) after the enticingly cheap midfield bagged a brace on Matchday 2 as the Azzurri brushed aside Switzerland. Whilst owners of Romelu Lukaku (€11.1m) was extremely disappointed that the forward gained no attacking returns, Kevin De Bruyne (€10.5m) announced his arrival at EURO 2020 in style, coming off the bench to score and assist in a 1-2 Belgium victory over Denmark. Gareth Bale (€9.5m) was also a popular EURO fantasy pick for Matchday 2, especially for those who played the limitless chip and despite missing a penalty that Bale won himself, he recorded two assists and nine fantasy points as Wales overcame Turkey that puts them on the verge of knockout qualification.

Matchday 3 is sure to be the most dramatic yet as the bottom-placed group teams are eliminated alongside the two worst third-placed sides, with every other country qualifying for the knockout stage. With the two matches taking place in each group kicking off at the same time, this could lead to some dramatic moments from both an attacking and defensive perspective. However, any dramatic moments will hopefully see lots of EURO fantasy points being distributed as we use this article to determine which Matchday 3 fixtures could unveil the most lucrative EURO fantasy assets.

FINLAND SURELY NO HAZARD FOR BELGIUM?

Belgium were 1-0 down and seemingly devoid of ideas at half time against Denmark on Matchday 2, but Roberto Martinez turned to his bench and the game changed. De Bruyne was introduced at half time and his impact brought upon an equaliser with the 29-year-old setting up Thorgan Hazard (€8.0m). Martinez then followed that up by bringing on captain Eden Hazard (€10.0m) for his second substitute appearance of the tournament as he continues to build up his fitness. The Real Madrid star has been dogged by injuries over the past two seasons, however he showed his quality in this match, ultimately providing an assist for De Bruyne’s left-footed strike which turned out to be the winner. Both Hazard brothers are expected to start on Matchday 3 against Finland and Eden in particular could prove a golden differential EURO fantasy pick, when considering his attacking qualities, not to mention the likelihood of him taking any penalties.

🎙 | Roberto Martinez: “There will be changes against Finland because we have to keep up with all the players. Vermaelen will play and De Bruyne, Hazard, Witsel will start because we owe them a start before going further in the tournament.” https://t.co/sXpaTZPNmt

After blanking from a fantasy football perspective against Denmark, Lukaku will be looking to get back on the trail of the golden boot vs Finland, although managers should be aware of the rotation threat that plagues Lukaku as with Belgium already safely through to the knockout stage, Martinez may look to protect his star forward and give an opportunity to Christian Benteke (€7.0m), Michy Batshuayi (€6.5m) or even 19-year-old Jeremy Doku (€7.0m)

HUNGARY IN FOR A MULLERING?

This writer would lead to extend their sincere apologies to any Hungary fans reading our EURO fantasy content. It feels like in most articles written on this site, we seem to pick on Hungary, automatically assuming that they will be the whipping boys of each Matchday and that EURO fantasy managers should prioritise picking assets going up against Marco Rossi’s side. However, it is also understandable, especially on Matchday 3 with Germany more than likely needing a significant victory to guarantee a safe passage out of Group F, ensuring that they don’t suffer a second successive major tournament exit in the first round.

Goal difference could play a huge part in deciding not only Germany’s final Group F placement, but also in determining whether they finish as one of the four highest ranked third-placed sides, should that end up being their final position in Group F. With that in mind, German attacking players are expected to court heavy EURO fantasy interest. Forward Thomas Muller (€9.0m) has been a starter since being recalled to the squad by head coach Joachim Low and will be determined to find the net, as will midfielder Serge Gnabry (€9.5m), who boasts an excellent scoring record for Germany and has at times found himself the most advanced of all the German players on the pitch. Don’t sleep on Ilkay Gundogan (€7.5m) either, with the Man City central midfielder always a threat through his late runs into the opposition box, not to mention the fact that he is expected to be on penalties for Die Mannschaft.

After Spain were held to a 0-0 draw against Sweden, the likelihood is that Luis Enrique’s side will need to beat Slovakia on Matchday 3 to ensure that they finish among the top two sides in Group E, regardless of their result vs Poland and therefore, they cannot afford to be as poor in front of goal as they were on Matchday 1. The shackles will surely be let lose by Enrique and Spain are expected pile the pressure onto the Slovakian defence right from the first whistle. Unsurprisingly, many EURO fantasy managers may have earmarked this fixture as one that Spain will not only look to win, but win convincingly with a number of their players profiting from a fantasy football perspective.

One such player is winger Ferran Torres (€8.0m), who came into EURO 2020 having scored five goals in his last five appearances for Spain. Torres has been fielded as part of a front-three by head coach Enrique, alongside fellow midfielder Dani Olmo (€7.0m) who was arguably Spain’s most dangerous player going forward against Sweden. It would also be remiss not to mention defender Jordi Alba (€6.0m), with the full-back’s natural attacking tendencies alongside his clean sheet potential making him an ideal EURO fantasy asset for Matchday 3.