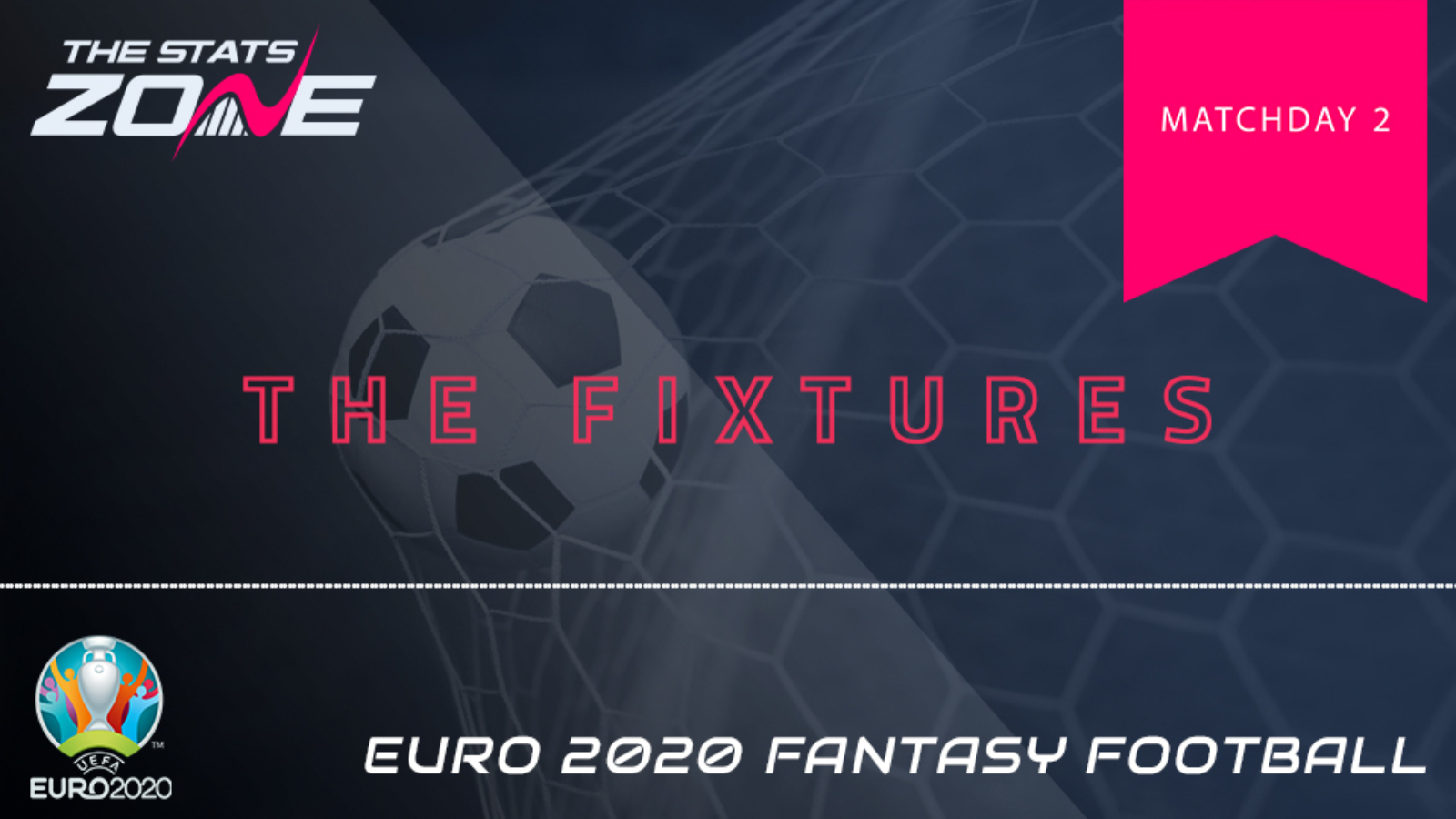 The fact that this article being written whilst Matchday 1 is still in progress should be enough of a clue as to the fast and furious nature of EURO Fantasy. Less than 24 hours separates the final fixture of Matchday 1 from the Matchday 2 deadline, giving managers precious little time to make those all-important transfer decisions. The limitless chip is also available for use, allowing managers to select any team they like for a single matchday with a limitless transfer budget. Those that don’t own the likes of Romelu Lukaku (€11.0m) and Ciro Immobile (€10.0m) will certainly be tempted to bring the two forwards into their sides following standout Matchday 1 performances that saw Lukaku bag a brace for Belgium and Immobile register both a goal and an assist for Italy. It would be remiss of us not to also mention Patrick Schick (€8.0m) after the striker scored twice in Czech Republic’s two goal victory over Scotland, likely wrapping up the goal of the season award in the process with his second. Czech this out (sorry Scotland fans)!

🇨🇿 Patrik Schick 𝗚𝗢𝗟𝗔𝗭𝗢! 🔥 Will there be a better effort than THIS in the first round of games? @GazpromFootball | #EUROGOTR | #EURO2020 https://t.co/skA67Yqeik

Matchday 2 sees yet more exciting fixtures for fans to savour in this festival of football. Group F sees reigning European champions Portugal face three-time winners Germany, whilst Netherlands and Austria go head-to-head in Group C with both having won their opening match of the tournament, each scoring three goals in the process. Then you have the small matter of England vs Scotland at Wembley in Group D as the oldest rivals in European football lock horns. Czech Republic will be looking to build on their win over Scotland by accruing another three points against a Croatia side desperate to bounce back following defeat at the hands of England. As always though, we focus on fixtures that could prove the most lucrative from a fantasy football point as we judge who the most potential EURO fantasy assets are based on their Matchday 2 fixture.

Their opening Group A match at EURO 2020 saw Wales come from behind to secure a 1-1 draw against Switzerland despite giving away numerous opportunities to their opponents throughout the game. The Dragons had goalkeeper Danny Ward (€4.5m) to thank for a number of great saves throughout the match, whilst it was Cardiff striker Kieffer Moore (€6.0m) who headed home an equaliser to secure what could prove to be a crucial point for Wales in their bid to reach the knockout stage. This all leads into their Matchday 2 encounter with Turkey, who were beaten 3-0 by Italy on the opening night.

"He's massive for us and he is our leader" ⚽ Joe Rodon on Wales captain Gareth Bale and their match against Turkey https://t.co/V6uzOnA5W2

With Wales needing three points against an opposition low on confidence who looked very poor against an admittedly impressive Italian unit, could their star talisman step up and shine? Gareth Bale (€9.5m) may not have had the impact he would have wanted to against Switzerland and he’ll no doubt be chomping at the bit and get out and contribute from an attacking perspective for his country. This could lead to him picking accumulating a big EURO fantasy points haul on Matchday 2. Goalkeeper Ward will stand a good chance of a clean sheet providing he shows the same form that he did vs Switzerland and at a price of just €4.5, represents excellent value. Another Welsh player worth considering bringing into your side is Aaron Ramsey (€8.5m), another one of Wales’ big name players who will be given license to roam forward from the centre of midfield.

REALITY CZECHED SCOTS TO BE MAULED BY THE THREE LIONS?

Matchday 1 saw a nightmare start to Scotland’s first European Championship tournament campaign since 1996 after they were beaten 0-2 by Czech Republic at Hampden Park. England in contrast, secured a 1-0 victory over Croatia although Gareth Southgate’s side will be no doubt be looking to improve in front of goal against the Auld Enemy this Friday night at Wembley. Steve Clarke’s men have now failed to keep a clean sheet in six of their last seven competitive fixtures and it would be no surprise to see numerous EURO Fantasy managers recruiting England attacking assets into their squads, especially now we have a clear idea on Southgate’s expected starting line-up.

The Three Lions’ winner against Croatia was scored by Raheem Sterling (€9.5m), his first at a major international tournament, which will have filled the Man City midfielder with confidence. Currently owned by just 2% of EURO fantasy managers at the time of writing, that percentage is surely set to increase ahead of Matchday 2. Premium forward Harry Kane (€11.5m) frustrated his many owners by drawing a blank in front of goal, however you can never write off a striker of his quality and it would take a brave fantasy manager not to own Kane ahead of the Scotland match. Phil Foden (€8.0m) was unlucky not to score himself on Matchday 1 after hitting the post in the opening few minutes and he represents a cheaper England midfield option for those looking to save money. Defender John Stones (€5.5m) provides more than just one avenue towards fantasy points when taking into account his aerial threat from set pieces alongside England’s clean sheet expectations on Matchday 2.

It would be fair to say that Netherlands head coach Frank de Boer is not universally liked by football supporters within the country, however one thing you can guarantee with his side recently are goals at both ends of the field. After establishing a 2-0 lead over Ukraine on Matchday 1, the Dutch were pegged back to 2-2 by their opponents, before a late winner from right-wing back Denzel Dumfries (€5.5m) saw De Boer’s men triumph 3-2 in Amsterdam. Netherlands have now scored 19 goals over the course of their last six competitive games, although they conceded eight times across those same fixtures.

A plane has flown over the Netherlands training ground with a banner urging Frank de Boer to ditch the 5-3-2 and play in a 4-3-3. https://t.co/SElRGq8xS4

Whilst he surprisingly failed to gain any attacking returns despite those three goals scored by against Ukraine, we wouldn’t dare write off Memphis Depay (€10.0m) on Matchday 2 as the Netherlands take on Austria with the forward looking to add to his six goals and two assists in his last seven appearance for the Dutch national team. However, for those looking for a cheaper alternative then consider Memphis’ strike partner Wout Weghorst (€7.0m) who scored the second Dutch goal on Matchday 1 that saw him accrue six EURO fantasy points, four more than Depay despite being priced €3.0m cheaper. Georginio Wijnaldum (€8.0m) also enters Matchday 2 as a viable fantasy option, off the back of having bagged his fifth goal in his last six competitive fixtures for Netherlands. Whilst on the Austrian side, forward Marko Arnautovic (€7.0m) kicked off his tournament in positive fashion after netting in his country’s 3-1 victory over North Macedonia. When taking into account the shaky Dutch defence, Arnautovic may prove a smart differential pick with a current ownership of just 2% at the time of writing.