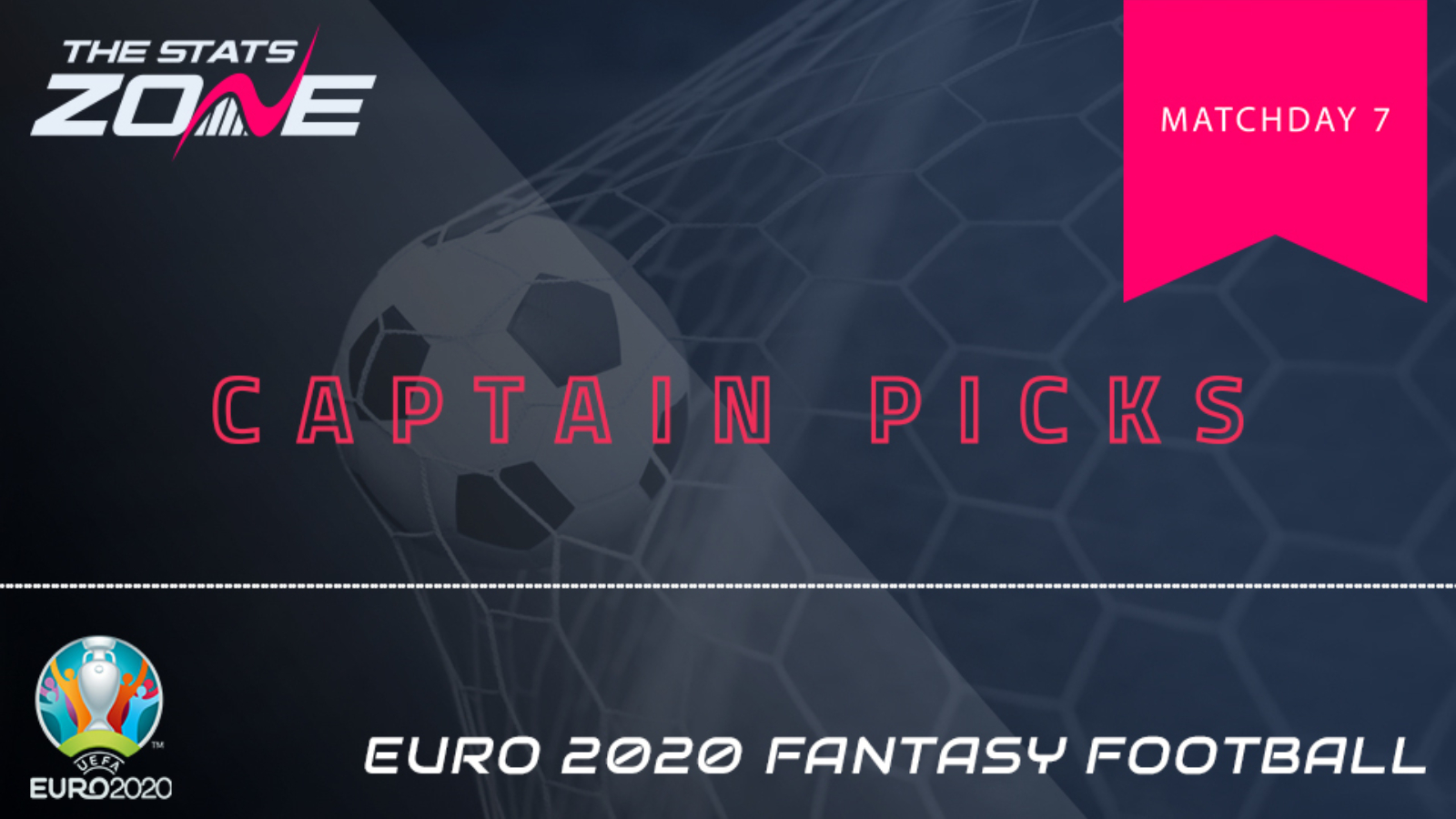 The final of EURO 2020 is upon us and that also means the culmination of the fantasy competition. It is now more important than ever to select the right team and picking the right captain for that last push to come out on top of those mini-leagues so here are our thoughts for Matchday 7.

Federico Chiesa took his time to get going at EURO 2020 having failed to appear in the starting line-up of Roberto Mancini’s side for either of Italy’s first two matches but he looks a shoo-in to start in the final after another impressive outing in the semi-final victory over Spain. His stunning strike put Italy ahead in that last four clash and that effort was his second goal in his last three outings after finding the back of the net in extra-time of the round of 16 contest with Austria. He has produced a return of 18 points in his last four fixtures and having shown his superb ball-striking ability from distance as well as inside the box, Chiesa could be the man to unlock the England defence and yield a strong return which makes him an intriguing pick for the captaincy at an appealing price.

The second pick for Italy is one from left-field but could prove to be profitable with Chelsea left-back Emerson showing some promising signs with his semi-final display against Spain. He has only featured in three games in this tournament so far with just two of those being from the start but he offered a real threat down the left flank and contributed plenty when Italy countered. The freedom he had to push forward could be important when his side recover the ball against England and while he will face a tough test against Kyle Walker, his passing ability could help to work the ball into advanced positions without the need to get beyond the opposing right-back. Emerson is not guaranteed a start so he comes with a big caveat next to his name but with the Italians likely to sit deep and be solid defensively, a clean sheet is a real possibility while there could also be some joy on the counter which makes Emerson appeal as a differential option.

Raheem Sterling has undoubtedly become the star of EURO 2020 for England and he will perhaps cap that off by being named the Player of the Tournament. He has found the back of the net on three occasions, notched one assist as well as earning his side the penalty which led to England booking their spot in the final. Sterling is one of the first names on the teamsheet for Gareth Southgate and will be a key man for his nation if they are to lift the trophy. In his six matches to date, he has averaged just over six points per game and that is a return that could be achieved once again in the final. Sterling has been a real threat throughout owing to his direct running style, pace to get in behind and his ability to pop up in central goalscoring positions and having scored more points (37) than any other player that could line-up in the final, he is a solid choice to wear the captain’s armband.

Luke Shaw has grown as the tournament has progressed and he has played an important role for England. Those performances have translated to fantasy points too with only Sterling scoring more points than the left-back. His return of 35 is an impressive one, especially as he did not feature in England’s opening game against Croatia. With three assists to his name, he has shown his attacking quality and with his side conceding just one goal during the entire tournament to date, he has racked up the clean sheet points. In what is expected to be a tight affair and potentially a low-scoring one too, Shaw could return another clean sheet here and with the Manchester United man continuing to pose an attacking threat as well as boasting a set-piece threat, he could be an interesting selection to captain here.