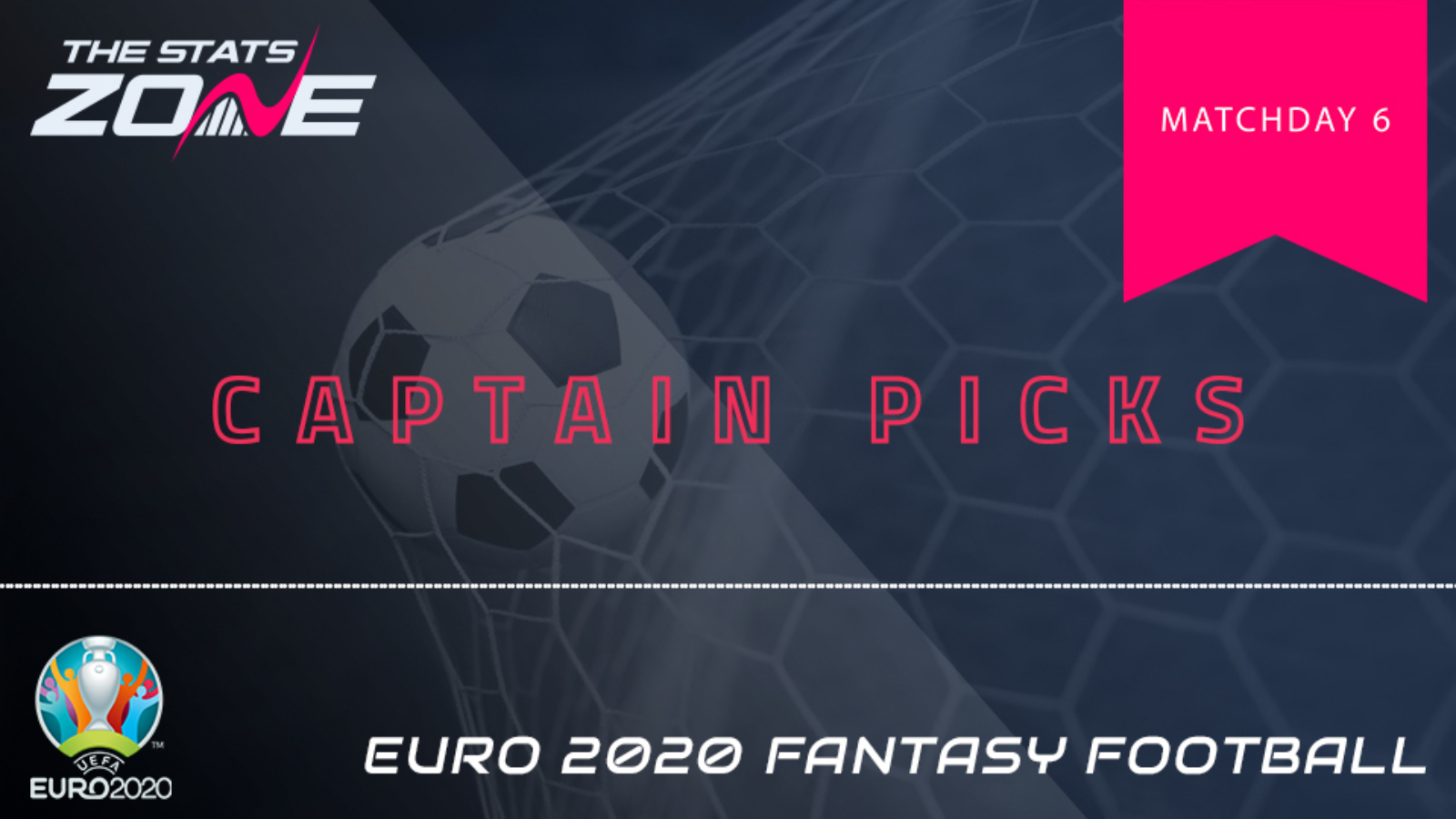 We are well and truly in the business end of EURO 2020 now, meaning it's crunch time for those all-important mini-leagues. Selecting the right captain becomes even more important at this stage, so we offer four options that you should consider handing the armband to on Matchday 6.

Immobile began the tournament in fine form when he accumulated three attacking returns across Italy's first two matches, but he has since been a source of frustration for owners. After sitting out the Matchday 3 fixture against Wales, the Lazio striker has blanked in both of the Azzurri's knockout stage matches. If Italy are to go on and lift the trophy though, they will surely need their star striker to rediscover his scoring touch. Having scored 64 goals across the last two seasons for Lazio, it seems unlikely that he will go too long without finding the net. Some may opt to give Lorenzo Insigne the armband for the clash with Spain, but keeping faith with Immobile could bear fruit.

Of course, if you don't want to side with Italy on the opening day of Matchday 6, then you can always plump for a Spanish option. There has been plenty of rotation from Luis Enrique when it comes to the attacking ranks but Ferran Torres has featured in every match so far, whether in the starting line-up or from the bench. His 306 minutes to date at EURO 2020 have yielded three attacking returns – two goals and an assist – while the likelihood of game-time in the semi-finals has been increased by the fact that teammate Pablo Sarabia is an injury doubt at present (meaning potentially one less competitor for a spot). The Italian defence will naturally be tough to break down, but Torres has scored hat-tricks at both club and international level in his young career, and certainly has a high ceiling when it comes to his fantasy potential.

It seemed like some kind of imposter had taken Harry Kane's place during the group stage, but normal service has resumed for England's number nine since the start of the knockouts. The relief when Kane scored against Germany in the round of 16 was palpable and, having followed that up with a brace in the emphatic win over Denmark in the quarter-finals, it appears that the early fears over the Tottenham striker's fitness were unfounded. You can be sure that England's main man will have the accolade of finishing as the competition's top scorer in the back of his mind, despite his sluggish start, and with the Three Lions going into Matchday as heavy favourites to reach the final, hanging your hat on Kane for the captaincy holds plenty of merit.

If you're looking for a different skipper option on Wednesday, you can do a lot worse than trust the man who surely has to be in the running for player of the tournament. There were plenty of questions surrounding Raheem Sterling's club form heading into EURO 2020 but the Manchester City winger has silenced those doubters by providing attacking returns in four of England's five games so far. Head coach Gareth Southgate's faith in Sterling has been well and truly justified and there is surely no doubt that he will feature from the start against Denmark. With both goals and assists in his arsenal, plus the extra point he gains for a clean sheet (of which there have been many!), Sterling's captaincy credentials are undeniable.