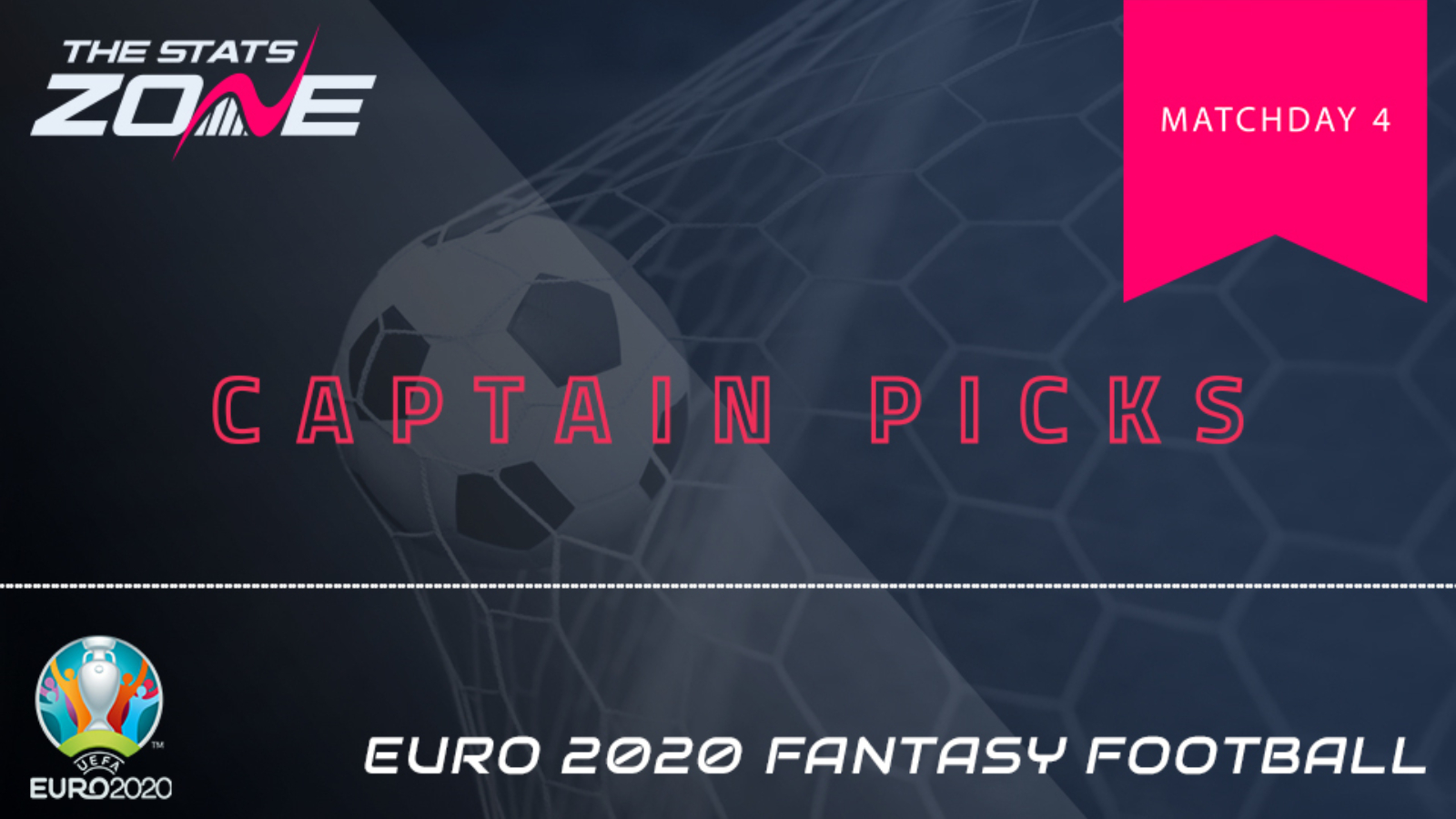 As EURO 2020 heads into the knockout stages, we unveil one captain pick from each of the four days that make up Matchday 4.

Italy were one of the most impressive teams in the group stages and they have many believing that they can go deep into the tournament. They showed their quality at both ends of the pitch, scoring seven times and conceding none so they have plenty of options to consider ahead of this clash with Austria. However, one man who sticks out is 31-year-old Ciro Immobile having already amassed 16 points despite featuring in just two games. He earned himself a rest in Matchday 3 after recording two goals and an assist in Italy’s opening two matches and by being left out in the clash against Wales. That suggests he is firmly in Roberto Mancini’s thoughts for this contest, making him a sound pick against an Austria side that conceded four times during the group stage.

After a sluggish start to the tournament against Ukraine in which they needed a late goal to claim the win, Netherlands were still able to top Group C with maximum points. A big reason for their wonderful attacking play, which saw them find the back of the net on eight occasions in their three games, was midfielder Georginio Wijnaldum. Those eight goals were in fact more than any other side in the competition with the newly-signed PSG man contributing with three of those. He was deployed further up the pitch than where he featured for former club Liverpool and he has relished the role. With the Netherlands also keeping two clean sheets in the group stage, that has boosted his points tally to 23 with only Cristiano Ronaldo scoring more to date. Wijnaldum has plenty of talent around him and even if he cannot find the back of the net for a fourth time in this tournament against Czech Republic, the advanced role he is playing can see him potentially play a part in any of the goals his side manage to score.

Switzerland managed to sneak through to the last 16 despite claiming just one victory from their three matches in Group A. They advanced as one of the best-placed third-placed sides with four points, although they finished on -1 in terms of goal difference having shipped five goals and those defensive woes spell trouble against a France side with a point to prove. After looking superb in their opening clash with Germany, the French did not kick on and had to settle for draws with Hungary and Portugal. They will be eager to replicate their Matchday 1 performance as they bid to book their spot in the quarter-finals and one man who can aid their cause is Kylian Mbappe. This may appear to be somewhat of a risky pick, especially when factoring his price tag, after making a very slow start to proceedings. He is yet to find the back of the net but did earn his side a penalty with a trademark burst into the box against Portugal last time out and this could be the game that he announces himself to the tournament with a big return possible against a porous Swiss backline.

The fourth and final day of Matchday 4 presented plenty of options with all four teams boasting tantalising possibilities for the captaincy but in what could be a nervy affair between England and Germany, the choice has been narrowed down to the other clash. Ukraine’s Andriy Yarmolenko enjoyed a superb start to proceedings with a goal in each of his opening two games while he also chipped in with an assist too. That helped him to a haul of 20 points but our pick is a man who ended in the better form of the two. Emil Forsberg helped Sweden to finish top of Group E with his two goals against Poland on Matchday 3 proving to be crucial. He amassed 23 points across his three games with only one player scoring more points and he can add to his total in this tie. Ukraine failed to keep a clean sheet during the group stage while Sweden only conceded in one of their games, boosting Forsberg’s total. With the additional bonus of being priced €0.9m cheaper than his Ukrainian counterpart, the in-form Swede is not only good value but he has several means of picking up points.