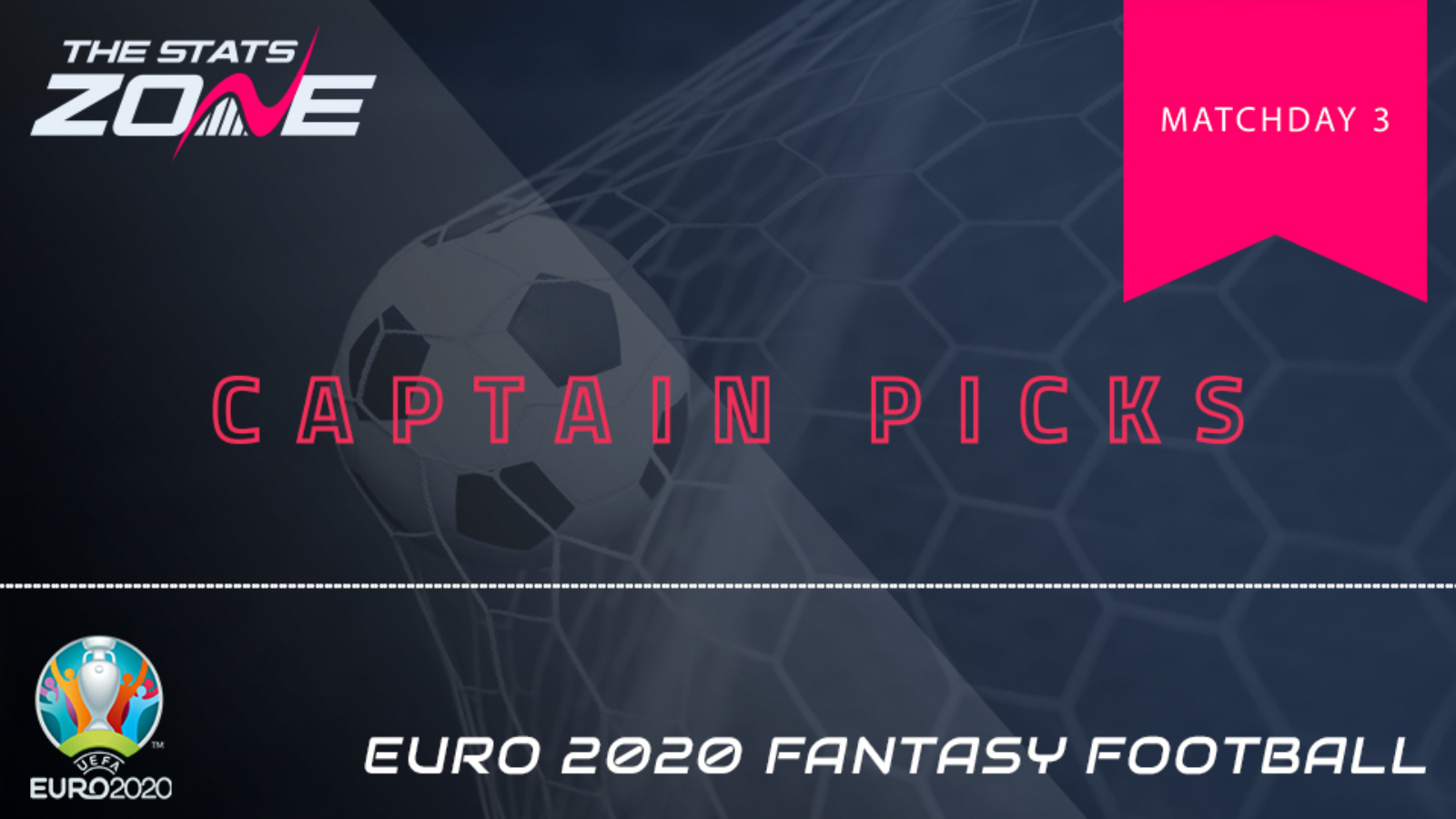 As EURO 2020 heads into the final round of group stage matches, we unveil one captain pick from each of the four days that make up Matchday 3.

Italy have secured their place in the round of 16 after two successive three nil victories, however Roberto Mancini’s side will want to ensure that they top Group A by beating Wales on Matchday 3 and proving once again that they are a force to be reckoned with in this tournament. Playing as part of a midfield three, Manuel Locatelli (€5.5m) has proven himself as a force to be reckoned with, after netting a brace on Matchday 2 against Switzerland, earning 14 EURO fantasy points with one of his goals a strike from outside the box. Most intriguing from a fantasy football perspective was the nature of his two goals, his first a late run into the penalty area and the second a brilliant left-footed shot from distance. At just €5.5m, Locatelli represents incredible value and a fantastic differential captain option. With Italy playing on the opening day of Matchday 3, you can easily switch your armband to another option should Locatelli blank.

When Belgium entered the half-time break 1-0 down against Denmark, boss Roberto Martinez made the choice to introduce Kevin De Bruyne (€10.5m) immediately and that decision reaped rewards in a big way. The Man City midfielder was making his first appearance following injury in the Champions League final and his impact was incredible. Deployed as part of a front three, De Bruyne set up Thorgan Hazard for Belgium’s equaliser before a superb effort from just outside the box sealed a 1-2 win for the Red Devils. This gained De Bruyne a score of 10 EURO fantasy points despite being only being on the pitch for the second half and in a build to build up his fitness ahead of the knockout stages, Martinez could well hand the 29-year-old his first start of the competition against Finland on Matchday 3. A similar performance from the beginning of the match could see those captaining De Bruyne accumulate a huge haul of points.

The last time England beat the Czech Republic back in March 2019, Raheem Sterling (€9.5m) scored a hat-trick in a 5-0 win for the Three Lions in a European Championship qualifier at Wembley. EURO fantasy managers who own the attacking midfield would love a repeat performance on the same ground in Matchday 3 at EURO 2020. Sterling has established himself as a starter in Gareth Southgate’s side despite stiff competition and rewarded the faith shown in him by the England manager immediately after scoring his first goal at a major international tournament against Croatia. Whilst most EURO fantasy managers are expected to place the armband on England forward Harry Kane. Plumping for his teammate Sterling instead is a gamble that could reap its rewards.

After being beaten by France on Matchday 1, the pressure is now firmly on Germany heading into their final two Group F fixtures and Die Mannschaft will have eyed up their Matchday 3 encounter against Hungary as a match they should not only win, but also score a significant number of goals, especially as goal difference could end up being a crucial factor come the assessment of the final group tables. After having been brought back into the international fold by Germany head coach Joachim Low, Bayern Munich’s Thomas Muller (€9.0m) has been starting as a forward player in the group stage. The experienced 31-year-old could play a vital part from an attacking point of view on Matchday 3 and for those EURO fantasy managers looking to switch their captain one more time following three previously unsatisfactory choices heading into Wednesday, Muller looks the ideal pick.